This result seems likely due to the weakening of the populists, the conservatives and the social-democratic Harmony party (close to the Russian-speaking minority), while Mr. 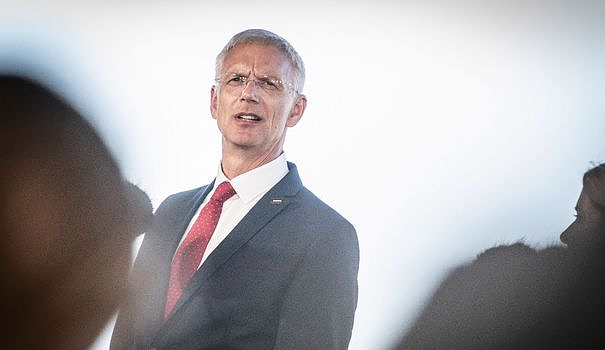 This result seems likely due to the weakening of the populists, the conservatives and the social-democratic Harmony party (close to the Russian-speaking minority), while Mr. Karins' pro-Western party, New Unity, is leading the polls. with approximately 13% of voting intentions.

Two days before the election, President Egils Levits had called on the citizens of this Baltic country, a member of the EU and NATO, to go to the polls, while warning them against pro-Kremlin parties close to the large Russian-speaking minority who "were reluctant to state clearly who is the aggressor and who is the victim at the beginning of the Russian invasion of Ukraine".

“It is very likely that Karins will get President Egils Levits to appoint him to form his second cabinet, but the success of this attempt will depend on how many smaller parties cross the 5% eligibility threshold and whether they agree to support Karins. “, indicates to AFP the political scientist Marcis Krastins.

"The Russians invading Ukraine help Karins because at such times people tend to gather around the flag," he adds.

The conflict in Ukraine, the aspiration for energy independence from Russia, inflation and expensive energy are pushing this country of 1.8 million people to bet on proven leaders .

Concerned by Russian aggressiveness, like the Poles and their Baltic neighbours, Lithuanians and Estonians, the majority of Latvians approve of the priorities announced by the outgoing government: increase in the defense budget, solidarity with Ukraine and improvement of energy security .

For Lelde Muceniece, a computer science student in the small rural town of Bauska, "people are worried about heating, electricity, gas prices, social security issues both in Bauska and in the capital Riga, which could affect their choice on election day.

Supported by Russian speakers - around 30% of the population -, Harmonie, which regularly came out on top in the legislative elections for a decade without ever finding an ally to govern, and having come close to 20% of the vote in 2018, has since experienced a gradual fall, accentuated by corruption cases which made him lose the town hall of Riga.

He is only credited with 5.1% of voting intentions in a poll published this month, barely above the eligibility threshold.

Harmony, generally seen as pro-Russian, said it condemned the invasion of Ukraine, but remained tight-lipped about the atrocities of which Russian forces are accused in Ukraine. As a result, the Russian-speaking electorate has turned in part to two new parties, the Union of Russians in Latvia and Stability, one of which is openly pro-Kremlin, the other populist, favorable to the Russia, although less radical.

For Aivars Lapsans, a musician living in the Vidzeme region, their chances of making a good result seem slim.

“One thing is clear: no pro-Kremlin party will win substantial votes outside cities populated by Russians,” he says.

A total of 19 lists of political parties or their alliances presented 1,829 candidates for the hundred seats in the Riga Parliament.

According to a recent poll by the private institute SKDS, Mr. Karins' new unit is in the lead with 13.3% of voting intentions. It is followed by the Greens and the Peasants (7.8%, centre-right), currently in opposition, and the National Alliance (7.3%, centre-right), one of the five coalition parties in power.