This weekend, La Zubia was named the Spanish capital for graffiti and so-called "urban art". 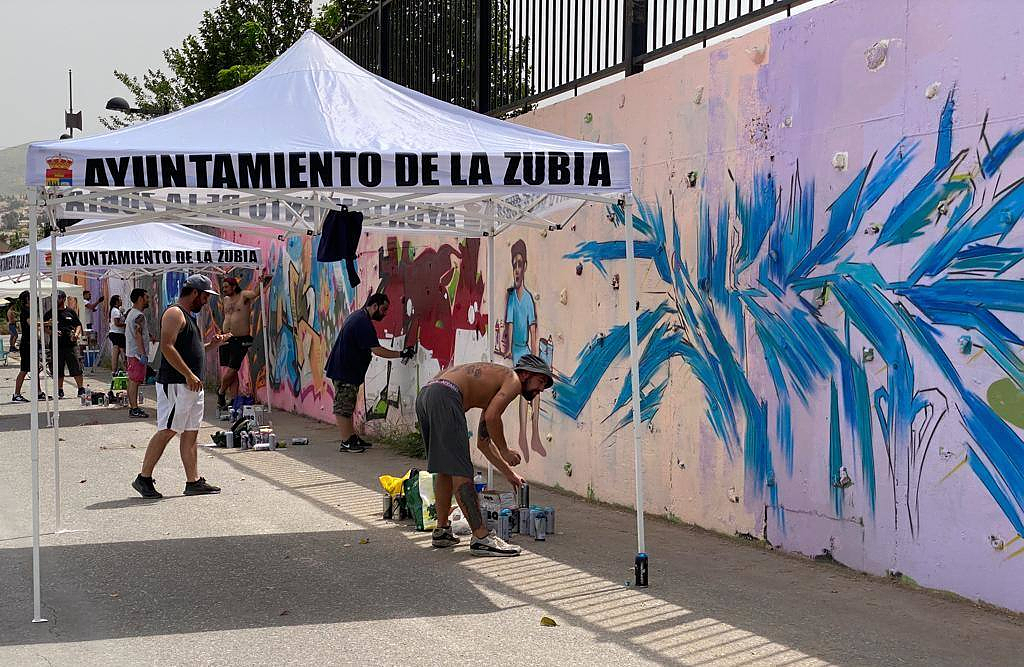 This weekend, La Zubia was named the Spanish capital for graffiti and so-called "urban art". For the fourth consecutive year, the municipality of Granada hosted the Hip hop Meeting Point'. This event was completely free and saw more than 100 graffiti artists, hip hop fans, break dance', and DJ's from all across Spain.

These urban artists are authentic and have filled the fairgrounds of the municipality with color, music, and other trends. This makes this event one of the most important in Andalusia.

With the support of the Granada Provincial Council, the Department of Youth of La Zubia organized the event. Antonio Arquelladas (Councilor for Youth of La Zubia) recalls that El Nino de las Pinturas and Fraggi, Falen, Marie Die were among the graffiti artists present at the event.

There were also breakdance, electronic music, and dancehall performances during the "Hip hop Meeting Point". According to the mayor, the City Council of La Zubia collaborated with the graffiti artists by providing the space, sprays, scaffolding and other materials necessary for the development of this festival. The graffiti artists also painted a massive mural together that stretches over 100 meters on the fairgrounds in La Zubia.

‹ ›
Keywords:
ZubiaCapitalGrafitiUrban
Your comment has been forwarded to the administrator for approval.×
Warning! Will constitute a criminal offense, illegal, threatening, offensive, insulting and swearing, derogatory, defamatory, vulgar, pornographic, indecent, personality rights, damaging or similar nature in the nature of all kinds of financial content, legal, criminal and administrative responsibility for the content of the sender member / members are belong.
Related News