The pace is accelerating but Marseille holds the shock, still undefeated in L1 (six wins and a draw) after having managed to turn around a situation not very well handled against a Lille team which lacked a little offensive weight and which remains 6th pending Sunday matches. 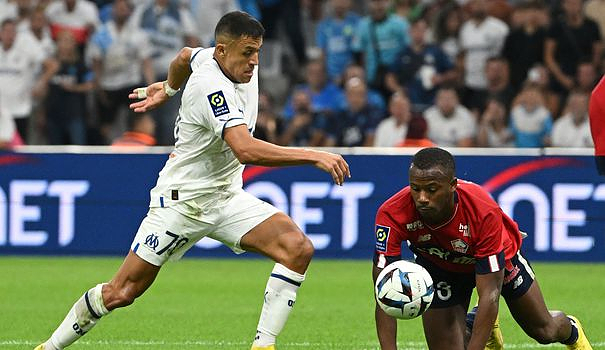 The pace is accelerating but Marseille holds the shock, still undefeated in L1 (six wins and a draw) after having managed to turn around a situation not very well handled against a Lille team which lacked a little offensive weight and which remains 6th pending Sunday matches.

On Wednesday evening, OM returned from London and Tottenham Stadium with a defeat (2-0), but also with the conviction of having been up to it and of being on the right path. The idea was therefore to bounce back immediately against Lille, but history almost didn't go quite as planned.

From the 12th minute, Losc went ahead with a goal from Ismaily after a shot on the post from Ounas, which sanctioned a really failed start to the match for OM, between technical inaccuracies and empty pressing.

The Argentinian, already warned and very close to a penalty conceded against Ounas, was also released by his coach before the half-hour mark. He left the field under a few whistles, which would probably have been more still fed if OM had not just equalized.

After a good recovery from Gueye, Harit accelerated full axis and served Under. The Turk crossed in first intention for Alexis Sanchez, alone at six meters and author of his first goal at the Vélodrome after this well-crafted action (1-1, 27th).

After rocking, OM therefore came back into the game well and then dominated, with a big mess on which the Marseillais could have taken the advantage, then a strike from David on one side, one from Clauss on the another and a battle of ragpickers in the middle, for a first period that is both intense and choppy.

After the break, Marseille frankly accelerated and was very quickly dangerous, first twice by Under then on a nice strike from Harit, well released by the young Lucas Chevalier, launched by Paulo Fonseca in place of the very inconstant Leo Jardim and which has rather succeeded in its beginnings.

On the hour mark, Marseille's domination materialized with a logical second goal, signed Gigot, at the extreme limit of offside on the second time from a set piece (2-1, 61st) .

What followed was a fight and Marseille responded, thanks to some big characters and their depth from the bench, which allowed Igor Tudor to launch players of the caliber of Gerson or Jordan Veretout.

Three days before the reception in Frankfurt, the Croatian technician still has some problems. His defense is indeed in danger of being weakened, with the suspension of Chancel Mbemba and the injury exit of Gigot, who spoke of a "muscular problem" and hoped that there would be "nothing serious".

But against the Germans, beyond the security issues that are already arising and will increase as the match approaches, OM will have to win. He can count on Alexis Sanchez, definitively adopted by the Vélodrome, and perhaps on Dimitri Payet, who remained on the bench on Saturday evening like Wednesday in London.