L1: Monaco accelerates at the expense of Lyon, Lorient unstoppable

- Monaco rises, Lyon unscrews -</p>Monaco's start to the season is green, Lyon's is tinged with orange: by stringing together three successes in one week, against Nice (1-0) in L1, against Red Star Belgrade in the Europa League (1 -0) and finally Sunday evening against Lyon, ASM repositioned itself in seventh place in the league (11 pts), two lengths behind OL (5th, 13 pts). 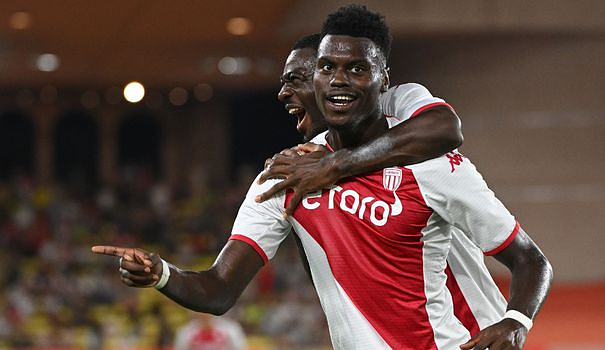 Monaco's start to the season is green, Lyon's is tinged with orange: by stringing together three successes in one week, against Nice (1-0) in L1, against Red Star Belgrade in the Europa League (1 -0) and finally Sunday evening against Lyon, ASM repositioned itself in seventh place in the league (11 pts), two lengths behind OL (5th, 13 pts).

In recent days, Philippe Clement's team has raised the bar and it is Lyon, beaten twice in four days, in Lorient (3-1) then on the Rock, which sees its good start to the season. interrupt.

OL spoiled too much at the Louis-II stadium, multiplying the banderillas, in particular by their captain Alexandre Lacazette (21st, 35th, 52nd). And it was Monaco who made the difference with two set pieces dropped by Caio Henrique, first on the head of Benoît Badiashile (56th), then on that of Guillermo Maripan (63rd).

Karl Toko-Ekambi, receiving a cross from the incoming Rayan Cherki, reduced the score for OL (81st), entering the Lyon hope, but the saves of the Monegasque goalkeeper Alexander Nübel preserved the score.

Result: the Lyonnais have lost their momentum as an already crucial clash against PSG looms next Sunday...

Lorient, for its part, does not stop: the Merlus confirmed their resounding start to the season with another convincing victory, 3-2 against Nantes, on goals signed Dango Ouattara on a free kick (19th), Yoann Cathline (60th ) and Ibrahima Koné (74th)

Here is the Breton club provisionally 4th in L1 (16 pts), three lengths behind the leading duo composed of Paris SG and Marseille (19 pts) and one point behind Lens (3rd, 17 pts).

"For us, it's an exceptional moment. We live it fully," savored coach Régis Le Bris.

It's a disappointment for the people of Nantes: Antoine Kombouaré's team is stagnating at the bottom of the table (15th) with only 6 points, before a distant trip to Azerbaijan to challenge Qarabag next Thursday in the Europa League.

Another team aligned in C3, Rennes (6th, 11 pts) crushed Auxerre 5-0 on Sunday at home, enough to finally start its season.

But Stade Rennes lost its metronome Baptiste Santamaria to injury, released on a stretcher (12th)... A hard blow before receiving the Turks from Fenerbahçe on Thursday in the Europa League, then challenging Marseille next weekend.

Things are going better for Nice, who found their colors in Ajaccio (1-0) thanks to a splendid goal from Andy Delort on an acrobatic return (65th).

This success puts Nice (12th, 8 pts) in the middle of the table, while the promoted Ajaccio (1 pt), still weaned from victory, remains red lantern.

Strasbourg has still not won either: Julien Stéphan's team (17th, 5 pts) again stumbled, this time against Clermont (0-0), after a frustrating match where the Alsatians found two times the transverse.

In Angers (19th, 5 pts) on the other hand, the first success is there: 2-1 against Montpellier thanks to Adrien Hunou, scorer (9th) then at the origin of a penalty converted by Sofiane Boufal (69th). A great relief for SCO coach Gérald Baticle, who has been weakened in recent weeks.

Appeasement also for Toulouse (11th), who ended a series of three defeats by beating Reims (1-0) on a goal from Zakaria Aboukhlal (31st), well helped by the exclusion of Rémois Alexis Flips on time of game.