L1: Lyon and Blanc are not doing well

First failed for White</p>The reunion of Laurent Blanc with a bench of L1, more than six years after his dismissal from PSG, was not fruitful in Rennes (3-2). 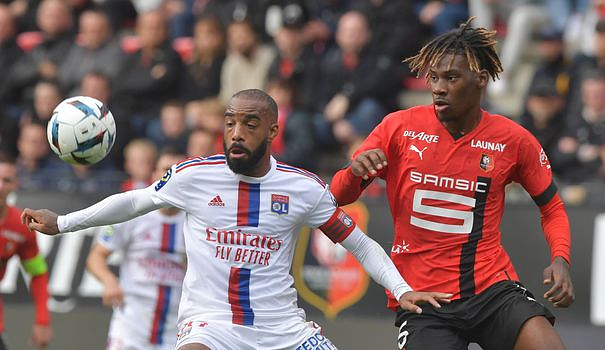 The reunion of Laurent Blanc with a bench of L1, more than six years after his dismissal from PSG, was not fruitful in Rennes (3-2). Despite a double from Alexandre Lacazette, the successor to Peter Bosz has not found the magic recipe to reboost his new team, in the midst of a crisis, and sees OL's long series without success extend to 6 matches.

The choices of the former coach of the France team, in particular the return to defense of the German Jerome Boateng, did not give complete satisfaction and the club of Jean-Michel Aulas now points to a worrying 10th place. Another concern, Blanc had to deal with the premature exit due to injury of his world champion Corentin Tolisso shortly before the break.

On the contrary, everything is going well for Rennes, guaranteed to be at least a play-off in the Europa League and who find themselves 5th in the championship.

The Canaries and their coach Antoine Kombouaré came very close to disaster at La Beaujoire against Brest (4-1), three days after their rout in the Europa League against Friborg (4-0).

Led at the entry score and unable to convert a penalty, they still managed to resurface in a spectacular way to stop the bleeding after six games without a win and give Kombouaré (14th) some air.

The Brestois, who had lost their coach Michel der Zakarian during the week, remain dead last.

Lorient misses the boat, not Lens

Before the Classic of Ligue 1 between PSG and OM, Sunday evening at the Parc des Princes, Lorient (2nd) had the unexpected opportunity to temporarily switch to the lead in the event of success against Reims. But the Hakes, perhaps paralyzed by the challenge, missed this huge opportunity by being held in check by the Champenois at Moustoir (0-0).

The frustration is all the greater as the Rémois, who saw their coach Oscar Garcia be sacked on Thursday and replaced by his assistant William Still, ended the game at 9, their 7th and 8th exclusions since the start of the season. To make matters worse, Lorient will probably have to compose several weeks without their top scorer, Terem Moffi, hit in the ankle in the first period.

Lens, on the other hand, negotiated the arrival of Montpellier well at Bollaert (1-0) to position itself on the podium (3rd). Without being convincing during a rather dull meeting, the Sang et Or provided the essential thanks to a goal from Wesley Saïd in the second half.