Organized at the end of July in the prison of Val-de-Marne, an event called "Kohlanness", inspired by the television game show Koh Lanta, including in particular a karting event within the confines of the establishment, aroused a very lively controversy, came especially from the far right and the right, after images posted on social networks. 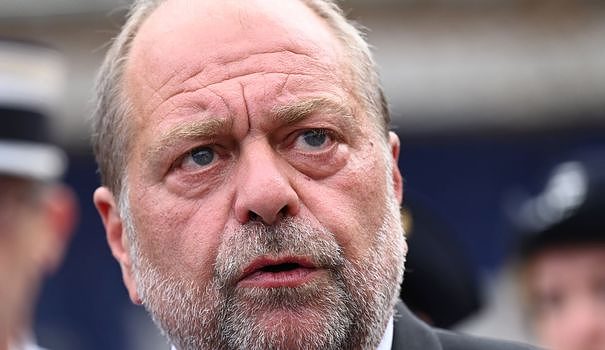 Organized at the end of July in the prison of Val-de-Marne, an event called "Kohlanness", inspired by the television game show Koh Lanta, including in particular a karting event within the confines of the establishment, aroused a very lively controversy, came especially from the far right and the right, after images posted on social networks.

Visiting Fleury-Mérogis prison (Essonne) on Tuesday, the Keeper of the Seals said that if he had known that "a karting competition was organized, (he would have) put a very clear veto" on this initiative.

In the process, the Minister of Justice announced on Twitter the publication of a circular to set "the conditions necessary for carrying out reintegration projects in prison", now "subject to the express validation of the management of the administration. penitentiary".

"Two years after the condemnation of France by the European Court of Human Rights (ECHR) for the unworthy and degrading nature of the conditions of detention in its penitentiary establishments, including that of Fresnes, and while the rats and bedbugs of bed are still running there, our organizations are indignant that the Keeper of the Seals is moved by a reintegration action", reacted in a joint press release the Syndicate of the Judiciary (SM, ranked on the left), the Syndicate of lawyers of France (SAF) and the National Association of Sentence Enforcement Judges (Anjap).

The minister chose "to shake up the populist myth of the club med prison, which is too comfortable or recreational, rather than recalling the prison reality that the 72,000 inmates and prison staff in French prisons live on a daily basis", s'' offended the signatories in a press release.

"The Keeper of the Seals, from whom we would have expected a peaceful reminder of the meaning of the sentence and prison labor, ignores the objectives of the sentence stated in article 707 of the code of criminal procedure: the prevention of recidivism and the protection of society, who cannot depart from the reintegration of the condemned", believe SM, SAF and Anjap.

Many sporting or cultural events are regularly organized in the prisons. Thus in Fresnes, in April, detainees took part in a concert with the Philharmonic Orchestra of Radio France.