Jansen welcomes Wüstefeld's resignation as "the best decision for HSV" 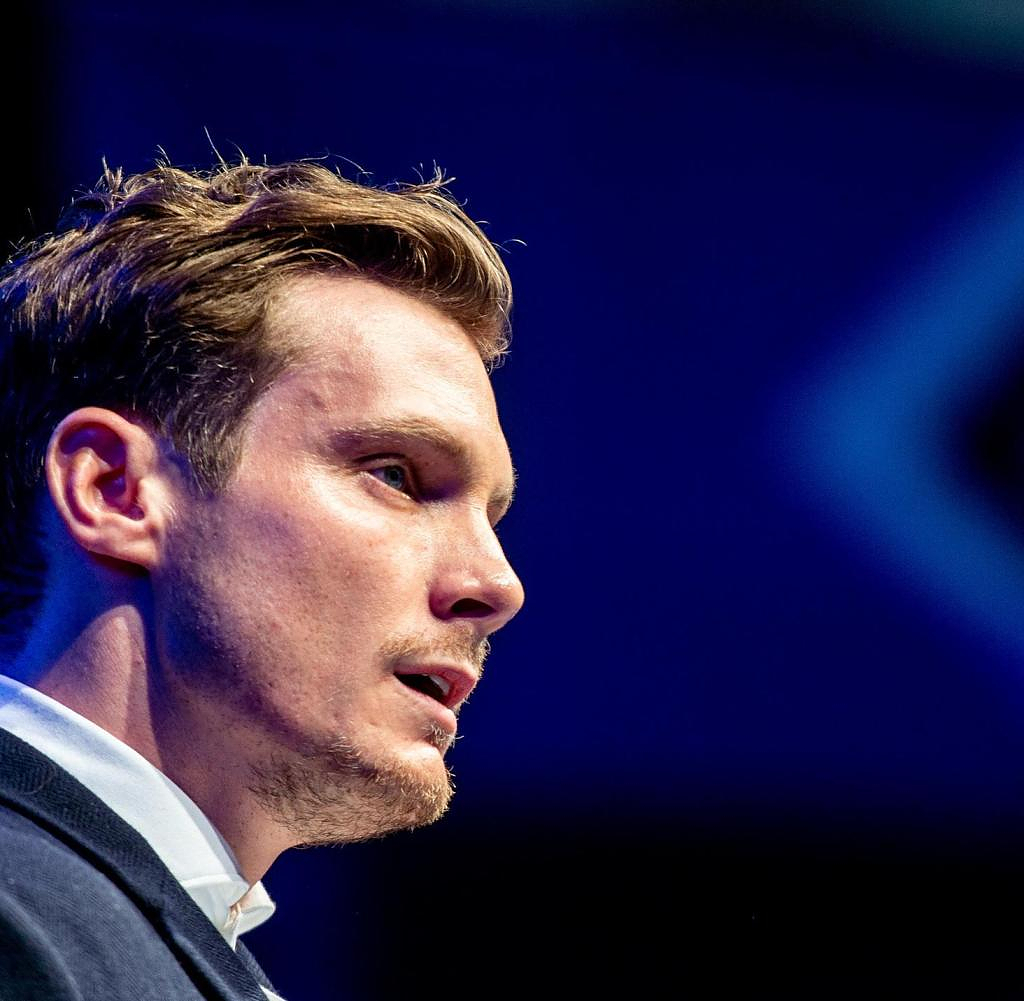 Chairman of the supervisory board Marcell Jansen has welcomed the resignation of CFO and member of the supervisory board Thomas Wüstefeld at Hamburger SV. It's about "rest for HSV. That's why it's the best decision for HSV now," said the former international on Thursday at a press conference in the Volksparkstadion. The 36-year-old did not want to comment in detail on the numerous allegations against the medical entrepreneur Wüstefeld and is not thinking of resigning himself. “It was six people who sent him into operational business as a firefighter. It wasn't my sole decision," said Jansen.

Wüstefeld had already informed the supervisory board of its decision on Wednesday evening before a meeting scheduled at short notice. More and more allegations against the 53-year-old, such as claims in the millions against his companies, allegations of fraud by other entrepreneurs or doubts about his doctorate and professor titles, have been raised. Wüstefeld rejects everything. Jansen also defended himself on Thursday against the accusation that he had stuck with the CFO for too long and had too much personal contact with him. “First of all, it is always important that a club stands behind its people. And then there is always a presumption of innocence," said the former HSV and FC Bayern professional.

For the time being, sports director Jonas Boldt will be the sole director of HSV business. A successor for Wüstefeld should only be sought during the World Cup break in November and December. "We will use the long break to set the course," said Jansen.

The head of the supervisory board of HSV also indicated that he no longer wanted to investigate the numerous allegations against Wüstefeld. When the "Hamburger Abendblatt" researched doubts about his academic titles, Wüstefeld submitted documents to individual members of the committee. "There have been tests by people who have the background for it," said Jansen. “It would have been the task of the supervisory board to assess that. But that never happened.” Wüstefeld said he “anticipated this with his resignation”.

The Wüstefeld case is a new dimension even for this club, which is familiar with all sorts of discord and power struggles. Investor Klaus-Michael Kühne had already told the "Hamburger Abendblatt" in August, "that he hopes that Dr. Wüstefeld will soon be history at HSV." However, the one who stuck with him to the end was the head of the supervisory board, Jansen - which only further damaged the club's appearance in this serious crisis. Because Wüstefeld and Jansen already had a business relationship before the medical entrepreneur initially took over 5.11 percent of the shares in HSV Fußball AG in 2021, was then admitted to the supervisory board and in January was also appointed as the successor to the resigned CFO Frank Wettstein. Among other things, Wüstefeld sits on the board of trustees of a Jansen company.

The former national player did not intervene in his role as chief controller when the two board members Boldt and Wüstefeld fought a power struggle on the open stage in the summer, nor when the situation at HSV later became increasingly opaque and contradictory. One example of this is the urgently needed renovation of the Volkspark Stadium for the EM 2024.

The city of Hamburg bought the property on which the arena is located from HSV in 2020 for 23.5 million euros. The condition: the club must use the money for the stadium renovation. Wüstefeld's predecessors are responsible for the fact that HSV instead put the millions into ongoing operations and now has to raise the money for the renovation elsewhere.

Hamburg's Senator for Finance Andreas Dressel (SPD) also spoke on Thursday about the renovation of the stadium. "The Senate does not comment on the club's internals," said the politician on Thursday, but he also emphasized: "But we are very confident that HSV will sort itself out in the short term in terms of personnel, economy and finances so that we can quickly get final clarity on financing the stadium renovation - without any further financial support from the city. Just as HSV made a legally binding commitment to the Senate when purchasing the stadium property.”

Wüstefeld's resignation has ended a major power struggle at HSV for the time being, but has by no means resolved all open questions. On the table is a 120 million euro offer from the investor Kühne, who could use it to solve the acute financial problems, but would also like to increase his stake from around 15 to 39.9 percent. With Wüstefeld's departure, however, only the first condition for Kühne's special investment has been met. For a share increase of this magnitude, HSV would still have to change its statutes.