Istanbul attack: what we know Monday at 10:00 GMT

- The identity of the bomber -</p>According to the Turkish police, the young woman, Alham Albashir, is of Syrian nationality. 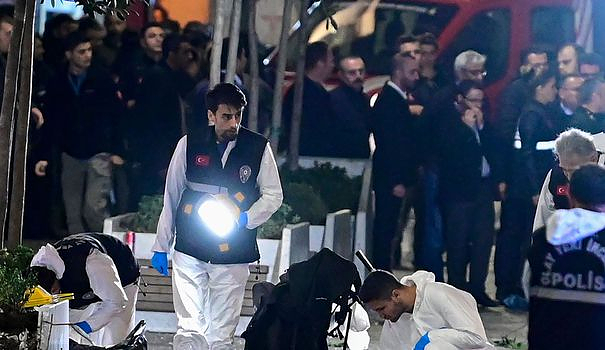 - The identity of the bomber -

According to the Turkish police, the young woman, Alham Albashir, is of Syrian nationality. She acknowledged the facts and acted "on the orders of the PKK", as well as having received instructions to this effect in Kobané, in northeastern Syria.

She was trained in the intelligence services of the PKK, Turkish media reported.

She would have entered Turkey illegally via Afrine, a town in northeastern Syria controlled by Turkish soldiers and their Syrian counterparts, the police reported.

The Turkish Interior Minister said that at the time of her arrest, she was preparing to "flee" to Greece, Ankara's hated neighbor.

Sunday evening, when she had not yet been arrested, Turkish President Recep Tayyip Erdogan had mentioned "the role of a woman" in the attack.

- How did she commit the attack? -

Justice Minister Bekir Bozdag said Sunday that CCTV footage shows a "bag" on a bench at the scene of the attack.

"A woman sat on a bench for 40 to 45 minutes and a minute or two after she got up there was an explosion," he said.

“Either this bag contained a timer or someone activated it remotely,” he added.

Turkish police said on Monday that the explosive used in the attack was "high-powered TNT".

The young woman was arrested with several other suspects in an apartment in Kucukcekmece, on the outskirts of Istanbul.

According to the Turkish police, she took a taxi to leave the scene of the attack and first went to Esenler, a popular district of Istanbul.

After identifying the taxi she took, the police tracked her down.

On a video shared by the police, we see the police arresting at the point of their automatic rifles a young woman with curly hair, wearing a purple sweatshirt.

The police claim to have discovered in this apartment a large sum of euros and gold coins in a bag, as well as a pistol and cartridges.

Forty-six other people have been arrested so far in the operations that are still ongoing, Turkish authorities said.

- Accusation against the United States -

"We do not accept, we reject, the condolences of the United States embassy. Our alliance with a state that maintains Kobané and pockets of terror (...) must be debated", declared the minister.

Ankara regularly accuses the United States and other Western countries of protecting Kurdish fighters from the PKK and the People's Protection Units (YPG), considered terrorists by Ankara.

The city of Kobane, where the bomber reportedly received instructions for the attack, is controlled by the Syrian Democratic Forces (SDF), of which the YPG - allied to the PKK - is a major component.

Kobani has remained famous for the 2015 battle that saw Kurdish forces backed by the Western coalition repel the Islamic State jihadist group.