Iran announces abolition of morality police, a gesture towards protesters 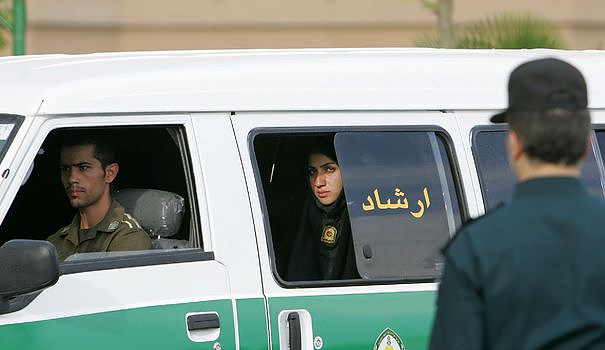 Iranian Attorney General Mohammad Jafar Montazeri has announced the abolition of the morality police by the competent authorities, the Isna news agency reported on Sunday (December 4th). "The morality police have nothing to do with the judiciary, and it was abolished by those who created it," he said on Saturday evening in the holy city of Qom. During a religious conference, the public prosecutor answered the question of a participant who asked him "why the morality police were closed".

The vice police, known as the Gasht-e Ershad (guidance patrols), were created under ultra-conservative President Mahmoud Ahmadinejad, to "spread the culture of decency and hijab". It is made up of men in green uniforms and women wearing the black chador, which covers the head and upper body. This unit began its first patrols in 2006.

Meanwhile, Iranian authorities have said they will review a decades-old law that requires women to cover their heads, as the country struggles to quell more than two months of dress code protests. "Parliament and the judiciary are working [on the issue]" of whether the law should be changed, Iranian Attorney General Mohammad Jafar Montazeri said on Saturday. Quoted by an Iranian news agency, he did not specify what could be changed in the law by the two bodies, both largely in the hands of conservatives. The review team met with parliament's culture committee on Wednesday "and will see the results in a week or two", the attorney general said.

President Ebrahim Raisi said on Saturday that Iran's republican and Islamic foundations are constitutionally fixed. “But there are methods of implementing the constitution that can be flexible,” he added in televised comments. "According to a deputy, the police could stop all arrests and set up fines for non-respect of the veil", reports the RFI correspondent.

It was the morality police who arrested Mahsa Amini, a 22-year-old Iranian Kurd, in Tehran on September 13, accusing her of not respecting the strict dress code in the Islamic Republic which requires women to wear sailing in public. His death was announced three days later. According to activists and her family, Mahsa Amini succumbed after being beaten, but the authorities linked her death to health problems. What his parents denied. Her death sparked a wave of demonstrations during which women, the spearhead of the protest, took off and burned their headscarves, shouting "Woman, life, freedom". Despite the repression that left hundreds dead, the protest movement continues. Calls have been made for three days of protests and strikes starting Monday.

The role of the morality police has evolved over the years, but it has always been divisive, even among presidential candidates. Under moderate President Hassan Rouhani, you could see women in tight jeans wearing colorful veils. But last July, her successor, the ultra-conservative Ebrahim Raisi, called for the mobilization of "all institutions to strengthen the law on the veil", declaring that "the enemies of Iran and Islam wanted to undermine the cultural and religious values ​​of society by spreading corruption". Women who violated the Islamic Republic of Iran's strict dress code risked being picked up by this unit. On Saturday, the same prosecutor, Mohammad Jafar Montazeri, announced that "Parliament and the judiciary were working" on the issue of compulsory veiling, without specifying what could be changed in the law.

This is an ultra-sensitive issue in Iran, on which two camps clash: that of the conservatives who brace themselves on the 1983 law and that of the progressives who want to give women the right to choose wear it or not. According to the law in force since 1983, Iranian and foreign women, regardless of their religion, must wear a veil and loose clothing in public. Since the death of Mahsa Amini and the demonstrations that followed, a growing number of women are uncovering their heads, especially in the upscale north of Tehran.

On September 24, a week after the protests began, Iran's main reform party urged the state to rescind the veil requirement. Iran, which sees most of the demonstrations as "riots", notably accuses foreign forces of being behind this movement to destabilize the country. According to a latest report provided by Iranian General Amirali Hajizadeh of the Revolutionary Guard Corps, there have been more than 300 deaths in protests since September 16.