Brazil's far-right President Jair Bolsonaro has engaged in a brief physical altercation with a YouTuber who previously provoked and insulted him. 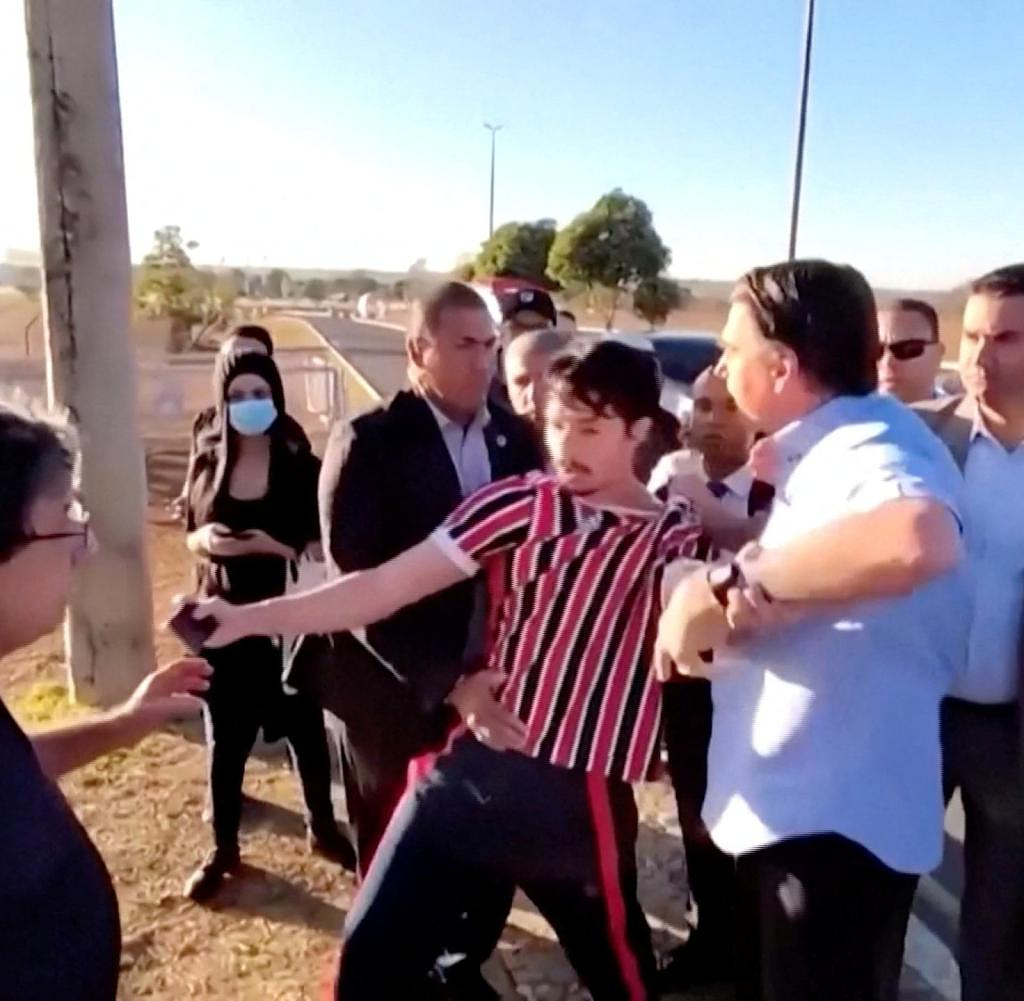 Brazil's far-right President Jair Bolsonaro has engaged in a brief physical altercation with a YouTuber who previously provoked and insulted him. A video published on Thursday by the Brazilian news portal "G1" shows Bolsonaro, who is on the campaign trail, taking selfies with supporters in front of the presidential residence in the capital Brasília.

Then the YouTuber identified by "G1" as Wilker Leão begins to ask critical questions of the President and to film himself. A person not seen in the recordings then throws Leão to the ground, whereupon the YouTuber shouts a series of swear words at the president, such as "coward" and "bum".

Bolsonaro, who has already got into his car, gets out again and runs towards Leão with the words "come here, I want to talk to you". He tries to reach for his phone, grabs his shirt, and then grabs his arm with both hands. Security guards quickly intervene and lead Leão away. Minutes later, the adversaries - separated from bodyguards - have a short conversation.

Bolsonaro and his challenger Luiz Inácio Lula da Silva officially started their campaign for the presidential election in October on Tuesday. Polls see left-wing ex-president Lula clearly ahead of the incumbent.

In a new survey by the opinion research institute Datafolha, the 76-year-old Lula comes to 47 percent, the 67-year-old Bolsonaro to 32 percent.

‹ ›
Keywords:
TexttospeechNewsteamBolsonaroJairSilvaLuiz Inacio DaYouTubeBrasilienPolitikBrasília SelfiesJair Bolsonaro SelfiesWahlkampfBrasilienYoutuberJair BolsonaroReise
Your comment has been forwarded to the administrator for approval.×
Warning! Will constitute a criminal offense, illegal, threatening, offensive, insulting and swearing, derogatory, defamatory, vulgar, pornographic, indecent, personality rights, damaging or similar nature in the nature of all kinds of financial content, legal, criminal and administrative responsibility for the content of the sender member / members are belong.
Related News