It's getting colder, people spend more time indoors, sometimes the heaters are running. 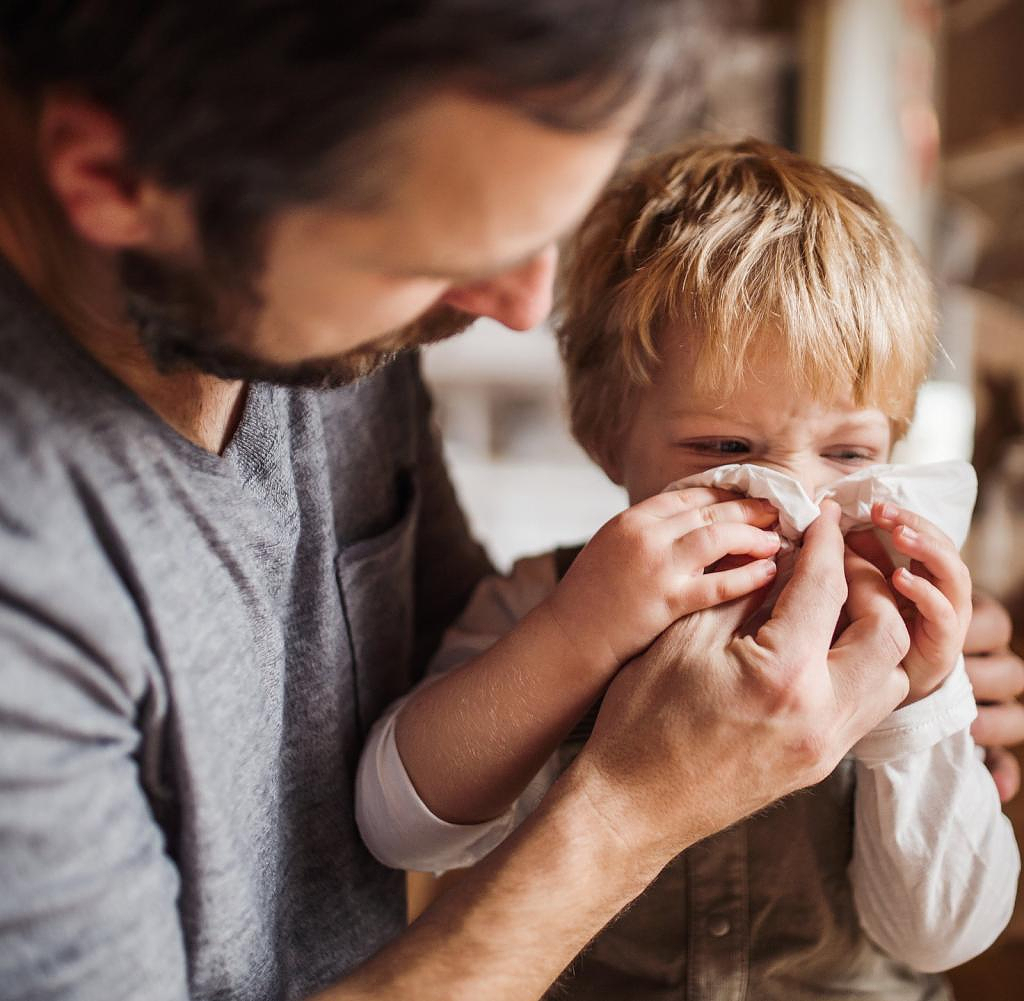 It's getting colder, people spend more time indoors, sometimes the heaters are running. There are unmistakable signs that autumn is here. And even if it could almost be forgotten after two years of pandemic: In October the flu season begins in the northern hemisphere - caused by influenza viruses. They are not to be confused with pathogens that cause mostly harmless influenza infections. According to the Paul-Ehrlich-Institut, around 24.1 million doses have been released for the vaccination so far - more than in the past three years at this time. You can also get the syringe in pharmacies this fall.

In the past two seasons, the pandemic and the measures taken to counteract it had thrown the usual course of events upside down: In 2020/21, the flu wave failed worldwide. And in 2021/22 there was not a wave on the usual scale in Germany either, the numbers only rose after the Easter holidays and therefore very late. This also prevented the double waves of Sars-CoV-2 and influenza, which had been feared in some cases.

At the beginning of the new season, one can ask oneself: What is the threat in the coming weeks and months after many people have had no contact with influenza viruses for a long time and the body's own defense system may not be able to react optimally? After the numerous corona vaccination calls and the tough debates about vaccination, will enough people get up to get the flu vaccination?

“How well Germany will get through the 2022/2023 influenza season depends primarily on vaccination rates. And unfortunately these are still too low in the risk groups," said Sabine Wicker, head of the company medical service at the University Hospital in Frankfurt. She is a member of the Standing Committee on Vaccination (Stiko) and the Stiko Influenza Working Group. The rate for pregnant women is particularly low, at 23 percent in the 2020/21 season.

Wicker stressed that despite the unpredictability of the severity of the wave this year, she considers influenza vaccination to be particularly important. The vaccination reduces the risk of severe courses, complications and hospitalizations. Especially in the pandemic, it is important to avoid additional burdens on the health system. The professor believes it is possible that there will still be a double wave after numerous corona measures have been lifted. Masks are rarely or often not worn properly.

As every year, the Robert Koch Institute (RKI), which is responsible for public health, emphasizes that the course of flu waves cannot be predicted and that courses can vary from region to region. The fact that a relatively early and severe wave of flu was recorded in many parts of the country in the Australian winter after the relaxation of corona measures does not necessarily have to be a bad omen.

In general, according to the RKI, the severity also varies greatly from season to season. The reasons for this are complex and also depend on the different circulating subtypes of the virus. Regarding the consequences of the past two seasons, however, the RKI states: "It is conceivable that the population to an increased extent and/or an increased proportion of the population is susceptible (susceptible) to the influenza viruses that are then circulating."

The RKI considers the flu vaccination to be the most important step in protecting against an illness, even if it assesses the effectiveness as “not optimal”. Population-wide, due to the sheer number of infections, it makes a big difference if only some of those vaccinated are protected: The RKI refers to estimates that around 400,000 influenza diseases among people over 60 are prevented in this country every year. According to the RKI, in 2017/2018 the most violent wave of influenza in decades was rampant in Germany. It is estimated that around 25,000 people died.

In Germany, the Stiko advises, among other things, people over 60, pregnant women, the chronically ill, residents of old people's and nursing homes and people with an increased occupational risk, for example in nursing, to get the flu vaccination. A special high-dose vaccine is now recommended for older people. Vaccination in the period from October to mid-December is considered optimal for establishing protection in good time. Earlier waves had usually peaked after the turn of the year.

Although, as always, there are some unknowns before influenza waves, he sees no reason to panic, said the Secretary General of the German Society for Immunology, Carsten Watzl. "The corona measures in Germany have not yet been completely eliminated, so that the spread of flu is still being inhibited to some extent." In fact, it could be that time again for people who have not had real flu for a long time. Adults usually only go through this every few years anyway. “What is colloquially referred to as the flu is usually just a cold. With influenza you can lie flat for a week," said Watzl.

According to the Dortmund immunologist, it can be assumed that after the past two winters with little flu, more smaller children than usual are without immune protection - they missed their first flu infections. In the group, the disease is usually not difficult, said Watzl.

From Watzl's point of view, a double wave of corona and flu could become a problem at the level of society - but for the individual it is unlikely to catch both diseases at the same time. What's behind it: If a cell is already infected with a virus, it sends out messenger substances that in turn put other cells into a kind of lockdown mode, as Watzl explains. "This makes it harder for a new virus to put an infection on top of it."

‹ ›
Keywords:
GesundheitNordhalbkugelCoronaRKI
Your comment has been forwarded to the administrator for approval.×
Warning! Will constitute a criminal offense, illegal, threatening, offensive, insulting and swearing, derogatory, defamatory, vulgar, pornographic, indecent, personality rights, damaging or similar nature in the nature of all kinds of financial content, legal, criminal and administrative responsibility for the content of the sender member / members are belong.
Related News