In Lyon, the challenge of a new version of the images of the Barbie trial

It will take more than a year of work to finalize a new version of this first trial in France for crimes against humanity, based on the highlights summarized on 6 DVDs, extracted from the 185 total hours of hearings kept at the INA. 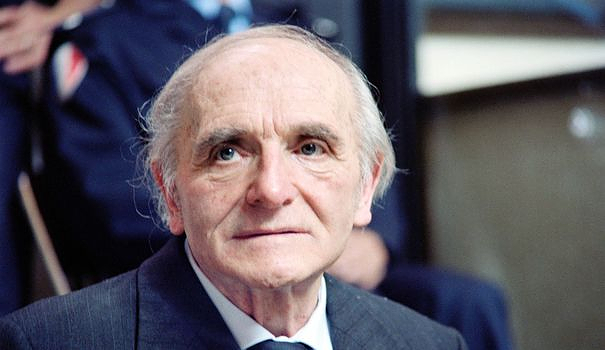 It will take more than a year of work to finalize a new version of this first trial in France for crimes against humanity, based on the highlights summarized on 6 DVDs, extracted from the 185 total hours of hearings kept at the INA.

Since 1993, a small CHRD auditorium plunged into darkness has offered a 45-minute documentary broadcast at the time on the show La Marche du siècle.

Completed with 6 DVDs, these are the only images shown to the general public of the trial, where the former Gestapo official will be sentenced to life imprisonment on July 3, 1987, after having fled justice for 36 years.

A heartbreaking film, centered on the testimonies of the victims of the former SS before the Assize Court of Lyon. Unpublished visual coverage at the time: it was the first time that a trial was filmed in France, under the Badinter law of 1985 on "the interest in the constitution of historical archives of justice".

"We have long wanted to update these excerpts, by showing more of the actors in an assize trial", the current montage "puts a lot of emphasis on the victims, but we no longer really see what is at stake in the trial, which is to judge", explains Isabelle Doré-Rivé, director of the CHRD, installed in the former premises of the Gestapo.

"It is certainly not a question of losing the emotion!", She assures however, "but of putting it back into context, and showing that it was a normal assize trial, judging acts which were not".

In this didactic project, she was able to count on help as precious as it was unexpected: that of a high-flying trainee, Guillaume Mulsant, former vice-president of the administrative tribunal, passionate about history to the point of having taken up the studies upon retirement.

In 2021, he applied to the CHRD as part of his master's degree. "I had no reason to be exempted from this professional integration course!", Says this 69-year-old enarque. His dual magistrate-historian profile immediately catches the eye.

Here he is, therefore, responsible for proposing a new editing framework, centered on six points: the course of the trial, its various actors, the notion of crime against humanity, the four charges, the words of the witnesses, the accused and the verdict.

The 6 DVDs will serve him as material: he dissects these 20 hours of film - "for the 185 hours, it would be a thesis work!" - recording in tables, with supporting time coding, the themes selected.

From this painstaking work, he retains 70 significant excerpts, or 66 minutes, and a differently structured editing proposal, more chronological in particular, even if extracts are common.

This is for example the case of the powerful testimony of the academician and resistance fighter André Frossard: "an old Jew, an SS had learned by force to say in German The Jew is a parasite which lives on the skin of the Aryan people , and it must be extricated from it. This sentence, he recited it even in front of the firing squad. The crime against humanity, that's it ".

After this dive into the trial "of a shameful Nazi who no longer dares to look into his past", Mr. Mulsant also retains a series of issues - memorials, media, historiography and centered on the status of victims.

It is now up to the CHRD to finalize the imaging. Editing work, which should not be completed "before 2024" according to Ms. Doré-Rivé.

Another challenge: not to "propose an overly legal presentation that would restrict the field of interest to the general public. The usefulness of the current presentation is the strength of the testimony!", warns Alain Jakubowicz, former lawyer for civil parties to this trial.

The former deputy mayor Michel Noir was then very involved in the creation of the center of which this event was "the catalyst".

Inaugurated in 1992, this site retraces, particularly in the old cells where the Nazis tortured, this memory that is part of the history of Lyon.