In Lisbon, a visit by Elisabeth Borne dedicated to culture and energy issues

Welcomed on Saturday morning in the pouring rain, the French Prime Minister visited the National Museum of Ancient Arts with Mr. 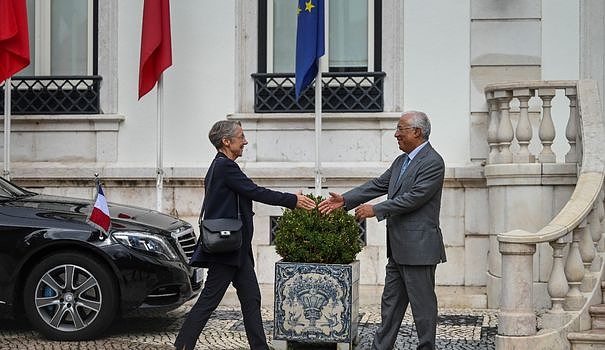 Welcomed on Saturday morning in the pouring rain, the French Prime Minister visited the National Museum of Ancient Arts with Mr. Costa. She inaugurated the installation of a self-portrait of the French painter Nicolas Poussin in the presence of the president of the France-Portugal Season 2022 Emmanuel Demarcy-Mota.

Ms. Borne then inaugurated a monument dedicated to Simone Veil, a personality honored by the Portuguese in this cultural season, in the presence of the eldest son of the former President of the European Parliament, Jean Veil.

The Prime Minister also inaugurated the "Dear Future Me" exhibition at the Boavista Gallery where she spoke with young French and Portuguese people, before praising "a friendship between States" and "two peoples", strong of "two million people of Portuguese origin live in France and more than 50,000 French people settled in Portugal".

A working lunch with his counterpart Antonio Costa made it possible to discuss, in addition to the conflict in Ukraine and the situation in Africa, "the interconnections that we are going to put in place between our two countries and including with Spain", a- she explained at the end during a press conference, while the two Iberian heads of government are to meet on the sidelines of the summit of the southern countries of the European Union scheduled for December 8 and 9 in Alicante.

The three countries recently announced an agreement for the construction of an undersea pipeline between Barcelona and Marseille, intended to transport gas, then green hydrogen, to replace the "MidCat" project of a pipeline through the Pyrenees.

Asked about the taxation of the superprofits of companies in the food sector, an idea recently put on the table in Portugal by Antonio Costa, Ms Borne welcomed "a European system (...) which makes it possible to capture the superprofits made in the energy sector due to extremely high energy prices".

She then mentioned "the issue of sharing the wealth created within companies" and recalled candidate Macron's promise of an "employee dividend", "subject on which we are working, on which we have seized the partners social".

"For the moment, the timetable for negotiations is a little spread out, so we invite you to move forward as quickly as possible so that we can make arrangements in the next texts that we will present to Parliament".