In Denmark, legislative elections with a highly uncertain outcome 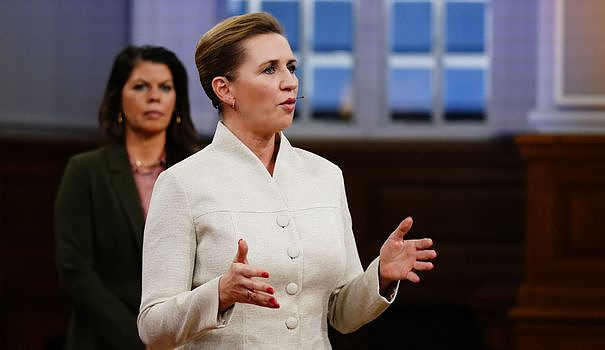 A party supporting the minority government had threatened to bring him down if he did not call an election to ensure the confidence of voters after the decision, later declared illegal, to slaughter the country's huge herd of mink to fight against the coronavirus.

The latest polls credit the "red bloc" (left) led by Ms Frederiksen with 47.1 to 49.1% against 40.9 to 43.6% for the "blues", an informal alliance of liberal and conservative parties with three populist formations.

According to these opinion polls, no bloc will be able to govern without the Moderates, a centrist party created this year by former liberal leader Lars Løkke Rasmussen, twice Prime Minister in the past, which would gather up to 10% of the vote.

"If there is no majority, which seems to be looming, the Moderates are essential to form a government", summarized with AFP Rune Stubager, professor of political science at the University of Aarhus.

Both camps have therefore multiplied the calls of the foot.

The current Prime Minister has taken up the idea of ​​a coalition government between left and right, led by herself, and has said she is ready to reform the health system to accommodate the Moderates.

For his part, the leader of the liberals called for the return of Mr. Løkke Rasmussen to his former party.

"If you want to (achieve) the things that you dream of, and which were grown in our old common garden, then come home," said Jakob Ellemann-Jensen during one of the last televised debates.

After a campaign dominated by the climate, inflation and the health system, nearly a quarter of voters are still undecided.

Antesa Jensen votes for the first time but is hesitant.

"I don't know yet who I will vote for, probably Alternative or the Radicals", two leftist formations, she said.

In the programs, "the question of immigration is prohibitive for me", explains the forties.

American, she has just obtained Danish nationality after an exhausting process, symbol of the restrictive policy of the Scandinavian country in terms of welcoming foreigners.

Jealous of its prosperity and its cohesion, Denmark has been a champion of rigorous migration for more than 20 years, regardless of the bloc in power.

Apostle of a "zero refugee" policy, the current social-democratic government is working on the establishment in Rwanda of a management center for asylum seekers on the British model.

The 5.9 million Danes seem more deeply concerned about the climate.

The Nordic country's goal is to reduce its emissions by 70% by 2030, compared to 55% in the EU as a whole, and to achieve climate neutrality by 2050, like all European countries.

On Sunday, some 50,000 people, including the Prime Minister, gathered for the "Climate March".

“This election is very important for what is going to happen with the Earth in the future. And I think it is important that the climate is the number one priority for politicians and voters,” recalled one of the protesters, Esther Ronn, 23-year-old student.

The left has promised a law on biodiversity and the social democrats intend to introduce a carbon tax on agriculture, a measure supported by the majority of the other parties.

On the right, the liberal party is betting on the development of green solutions while "New Right" (extreme right) is open to the construction of nuclear power plants.

In total, no less than 14 parties presented lists for the 179 seats in Folketinget, four of which are reserved for the overseas territories: Greenland and the Faroe Islands.

Voter turnout is traditionally high in Denmark. In 2019, 84.6% of the approximately 4.2 million voters came to vote.