In Chad, opening of the "inclusive national dialogue", after several postponements

Mahamat Idriss Déby Itno, who came to power in April 2021 at the head of a Transitional Military Council (CMT) after the death of his father Idriss Déby, who ruled the country with an iron fist for 30 years, had promised to organize a dialogue with the opposition to enable the return of power to civilians, within 18 months, renewable once. 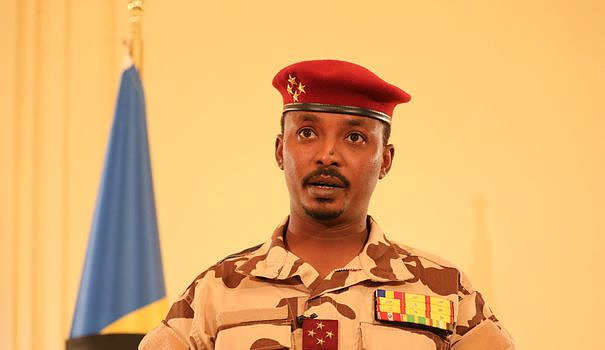 Mahamat Idriss Déby Itno, who came to power in April 2021 at the head of a Transitional Military Council (CMT) after the death of his father Idriss Déby, who ruled the country with an iron fist for 30 years, had promised to organize a dialogue with the opposition to enable the return of power to civilians, within 18 months, renewable once.

Some 1,400 delegates, members of trade unions, political parties and the CMT, will meet for 21 days at the Palais du 15 Janvier, in the heart of the capital N'Djamena, to discuss the reform of institutions and a new Constitution, which will then be put to a referendum. The issues of peace and fundamental freedoms will also be discussed. The delegates will meet in different commissions.

"Mahamat Idriss Déby is due to deliver an opening speech around 10 a.m., and the work of the dialogue will begin on Sunday or Monday," Saleh Kebzabo, a former presidential candidate and opponent of Idriss Déby, first vice-president of the party, told AFP. Organizing Committee for Inclusive National Dialogue (CODNI). "Not all the delegates will be able to be present from the start, as some come from the interior of the country," continued Mr. Kebzabo.

The President of the Commission of the African Union (AU), the Chadian Moussa Faki Mahamat, must also speak for the opening of the dialogue.

This DNI, which was initially to be held in February before being postponed several times, opens less than two weeks after the signing, in Doha, of an agreement between the Chadian junta and some forty rebel groups.

This pre-dialogue, with certain armed groups which had fought the regime of Idriss Déby for years, notably provides for a "ceasefire". This agreement signed on August 8 allows the rebels to participate in the dialogue.

UN Secretary General Antonio Guterres congratulated Chad on this dialogue, in which he hailed a "historic opportunity to lay new foundations for the stability" of the country.

Chad, independent from France since 1960, has experienced many coups and attempts during its history. "This dialogue should allow us to put the use of arms behind us once and for all," said government spokesman Abderamane Koulamallah.

According to a decree signed Wednesday by the head of the junta, Mahamat Idriss Déby, this DNI will have a "sovereign" character and its decisions will be "executory".

However, the Front pour l'alternance et la concorde au Tchad (FACT), one of the main rebel groups at the origin of the offensive which cost the life of Idriss Déby, did not sign the Doha agreement. and will not participate in the dialogue considering it "biased in advance".

Wakit Tamma, a coalition of opposition parties and civil society members, also refused to participate in the dialogue, accusing the junta of perpetuating "human rights violations" and preparing a presidential candidacy for General Déby, who had undertaken, at the beginning of the transition, not to appear.

The appointment of delegates is also strongly criticized. "We estimate that 80% of the members are close to the junta," said Success Masra, leader of the Les Transformateurs party, a member of Wakit Tamma.

Mahamat Idriss Déby had to give pledges to the international community to which he promised to return power to civilians within 18 months, and not to run for future elections.

But the head of the junta in June 2021 struck a first blow to his promises, considering an 18-month extension of the transition and handing over his "destiny" to "God" on a possible presidential candidacy.