In Belgrade, Russians opposed to Putin ready for a long life in exile

Their parents, who have in common to have fled Russia after its invasion of Ukraine, are preparing to stay for a while in Serbia. 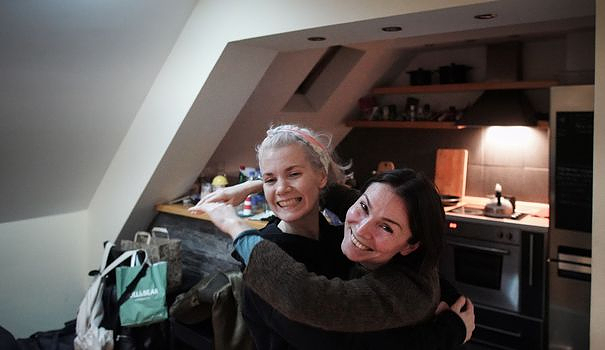 Their parents, who have in common to have fled Russia after its invasion of Ukraine, are preparing to stay for a while in Serbia.

After welcoming thousands of Russians who fled the Bolshevik revolution more than a century ago, this Balkan country is once again a land of asylum for those fleeing repression, uncertainty and the very real possibility of having to participate in a war they do not want.

"On February 24, everything changed, our world turned on its head," she told AFP.

"Of course not in the way it has changed for the part directly affected, but our world has also fallen apart."

According to government media, since the start of this conflict, more than 100,000 Russians have landed in Serbia, one of the few exit doors into European airspace that is almost completely closed to them.

Serbian President Aleksandar Vucic has compared his country to "Casablanca", an allusion to the 1942 film depicting the Moroccan city of the same name filled with war refugees and spies.

The number of Russians who have decided to stay in Serbia is not known, but nearly 3,000 Russian companies have registered there since February, according to the Serbian Chamber of Commerce.

Russians are welcomed with open arms in Serbia, which has for centuries maintained strong cultural and historical ties with their country, whose population is also predominantly Slavic and Orthodox.

"I want to stay here," Anna Tcherepanova, who arrived from Moscow with her two children and whose Belgrade apartment serves as an informal language school, told AFP.

"The children like living here. If they weren't feeling well, I would consider moving to another country."

But the Serbs' love for the "Russian big brother" often means supporting the Kremlin, which can be embarrassing for migrants opposed to their President Vladimir Putin.

T-shirts bearing the image of the master of the Kremlin are sold in the tourist streets of Belgrade and the letter Z, symbol of the Russian offensive in Ukraine, has been painted on the walls of the city.

Serbia, a candidate for the European Union, is doing a delicate balancing act between East and West, condemning the invasion at the UN, but refusing to align itself with Western sanctions against Moscow.

Russians living in Serbia do not hesitate to denounce the Kremlin, a united group on an online platform mainly made up of Russians who, for example, have organized numerous demonstrations against the conflict.

The simple fact of being able to express their anger without fear of ending up in prison is an eye-opener for many of them.

"Russians are super happy to be able to walk in the middle of the street, chant slogans and even insult Putin and the war," Sacha Sereguina, a 34-year-old Russian architect who has lived in Serbia for more than a decade, told AFP. .

"Some said they were constantly on their toes to see if the police would come out of nowhere and arrest them."

Major Russian high-tech companies like Yandex, Luxoft and Wargaming have opened new premises in Serbia or expanded existing ones. They brought in Russian employees, but also hired Serbs.

Like all the nations of the Balkans, Serbia is suffering the exodus of its living forces and experts believe that the influx of Russians could do the greatest good to the economy of this country of less than seven million inhabitants.

"Educated people stop leaving when the number of well-paid jobs starts to increase," Danica Popovic, professor of economics at the University of Belgrade, told AFP.

"If these tech companies start employing Serbian engineers, which they probably will because it's cheaper, we have a chance to reduce emigration."

Some complain, however, that rents have doubled in major cities like Belgrade and Novi Sad since the influx of largely middle-class Russians, whose incomes far exceed those of Serbs - the average salary in Serbia is 640 euros.

But not all Russians are computer whiz.

Aleksei Novikov, a 42-year-old businessman who fled to Serbia for fear of being drafted, recently opened the capital's first cider bar.

"In Russia things are a bit more advanced so I see opportunities to bring something new to Serbia," he told AFP.

"Many Russians have recently arrived and I hope that we will not be a problem for the Serbs, that we will integrate into society and do good things to make life better for everyone."