"I ordered him to leave the club" - Mourinho attacks own player

Star coach José Mourinho has taken an unusually clear turn against one of his players at AS Roma. 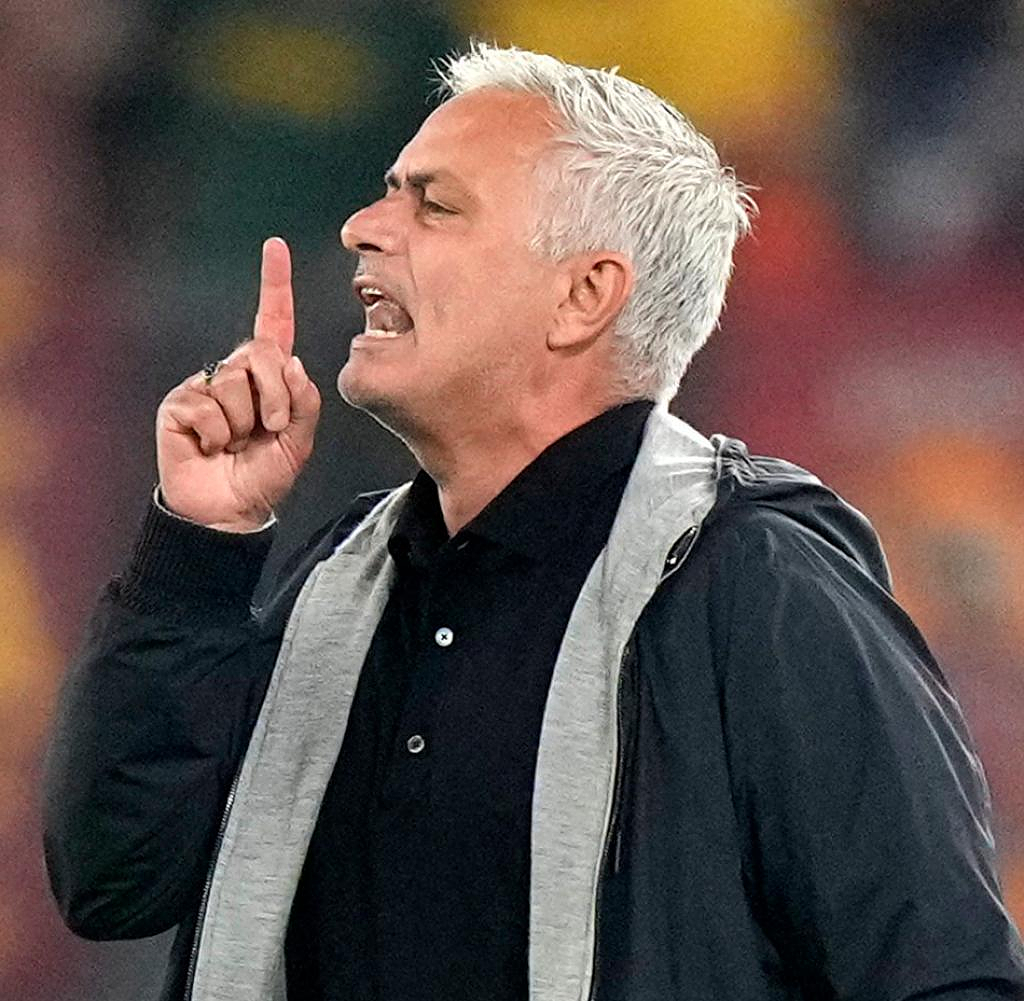 Star coach José Mourinho has taken an unusually clear turn against one of his players at AS Roma. After the 1-1 draw in the Italian soccer championship on Wednesday evening at Sassuolo Calcio, the Portuguese said: "The team was betrayed by a player with an unprofessional attitude." The experienced coach did not specify who he meant by that. However, the media agreed that Mourinho meant Dutchman Rick Karsdorp.

The defender came on as a substitute in the 65th minute and didn't do well in the equalizer twenty minutes later. He was overrun on the flank, so that Sassuolo's Kristian Thorstvedt was able to play the decisive pass into the middle to scorer Andrea Pinamonti. Tammy Abraham had previously given Rome the lead (80').

According to Mourinho, the player attacked by him should not be used in the last competitive game of the year against FC Torino on Sunday (3:00 p.m.). "I almost never go into the dressing room, but today I went in to tell everyone. I spoke to him and ordered him to leave the club - preferably in January. But I don't know what he's going to do," Mourinho made unmistakably clear.

Roma lost the city derby against Lazio 0-1 on Sunday evening. Due to the renewed loss of points at Sassuolo, the capital club missed the leap to a place in the Champions League table. With the exception of one player, Mourinho agreed with the performance: "Rome played well. We came from two tough games and we wanted to win. Despite everything, I'm sorry for the effort of the team. She played as a team.”

‹ ›
Keywords:
MourinhoJoseAS RomJosé MourinhoSassuolo CalcioRick KarsdorpSassoulo CalcioFussball
Your comment has been forwarded to the administrator for approval.×
Warning! Will constitute a criminal offense, illegal, threatening, offensive, insulting and swearing, derogatory, defamatory, vulgar, pornographic, indecent, personality rights, damaging or similar nature in the nature of all kinds of financial content, legal, criminal and administrative responsibility for the content of the sender member / members are belong.
Related News