Post a Comment Print Share on Facebook
Famagusta
DOLLAR 18,83
EURO 20,18
GOLD 1.135,27
BIST 4.186,01
The state of NRW has to burn millions of masks and van Laack smocks
"That's the only thing I want - drugs"
How Goethe plunged his son into misfortune
"America will soon be in civil war"
Here you can now get funding for the renovation
"It's not just about having sex, it's about much more"
The "Komet" brought Udo Lindenberg his first number 1 hit
Fall and demolition after an abstruse jump to 161.5 meters
"I felt like my heart was being ripped out"
What you should now know about organ donation

The Christmas market season has started. 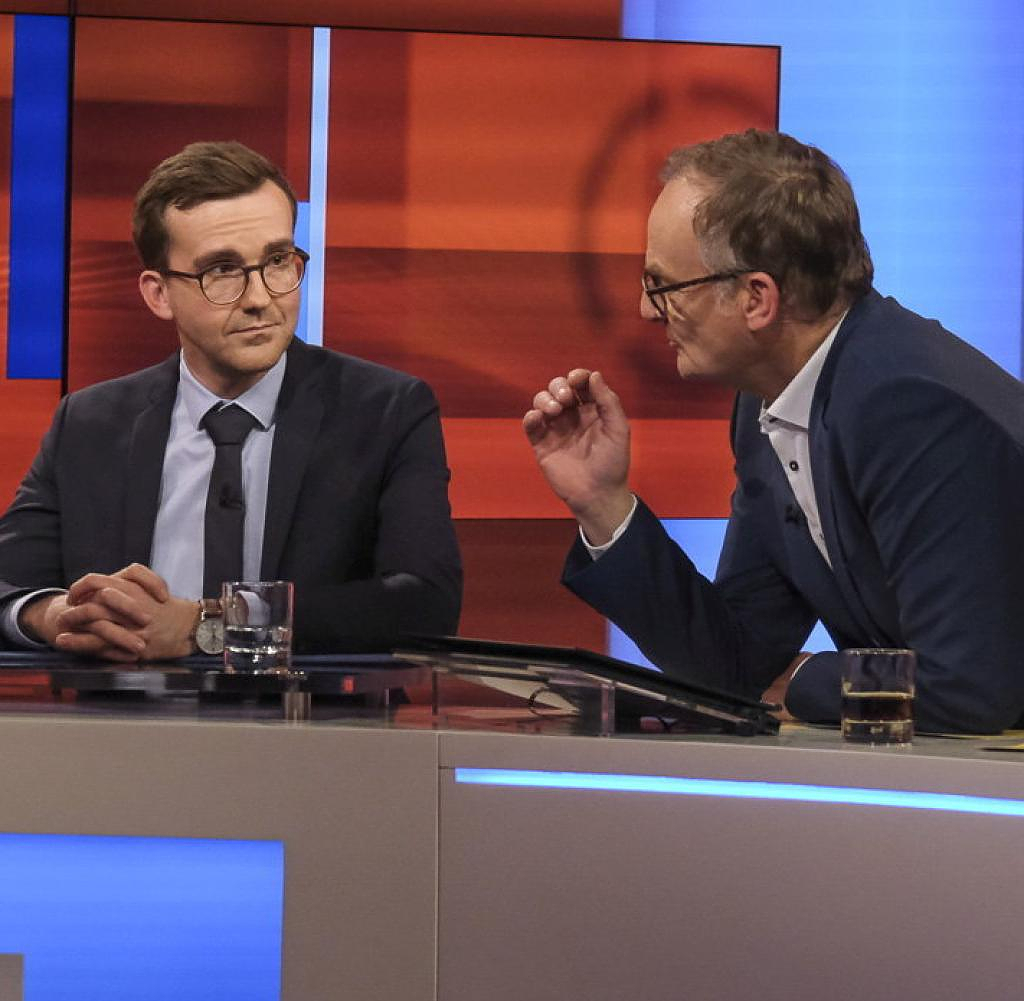 The Oktoberfest in Munich showed that the incidences increased significantly during and shortly after the celebration weeks in the Bavarian state capital. They are now back below the national average. Federal Health Minister Karl Lauterbach (SPD) thought it was right that the Oktoberfest took place, but "more security would have been possible," he complained right at the beginning of the "Hart aber Fair" program on Monday evening on ARD and added: "You can Don't forget, too, that a great many people have become ill and, as a result of the increased number of cases, people have died again unnecessarily."

And Frank Plasberg's other guests also clearly took their positions on the current Corona policy: In addition to Lauterbach, Christina Berndt, science editor of the "Süddeutsche Zeitung", appealed to continue to take the pandemic sufficiently seriously.

The Bavarian Minister of State for Health and Care, Klaus Holetschek, set a different focus, pointing out that the Corona situation was manageable. And Martin Machowecz, head of the ZEIT department "Dispute", emphasized that "we live in a time when Corona is no longer what it was at the beginning of this pandemic". For him, Corona is now comparable to the flu and essentially no more dangerous than it.

Lisa Schlagheck, nurse at the University Hospital in Münster, spoke in favor of making masks compulsory indoors, but also understood “that people want to go back to their everyday lives”.

When asked by Plasberg how important joie de vivre is for a society, Lauterbach replied: "You can also enjoy and have joie de vivre without taking unnecessary risks." ZEIT journalist Machowecz countered: "I really hope that it won't be too long before the federal government no longer wants to define when joie de vivre begins and when it ends."

Lauterbach emphasized the significant excess mortality in Germany. Machowecz pointed out that it was not possible to say exactly how this came about.

The CSUer Holetschek summarized the exchange of blows: Ultimately, it is the responsibility of each individual whether he attends events such as the Oktoberfest or the upcoming Christmas markets.

Thomas Mertens, Chairman of the Standing Vaccination Commission (Stiko), told Bayerischer Rundfunk two weeks ago: "Of course you could also say that it is now an endemic virus infection." Lauterbach saw it differently and referred to the expert council of the federal government and the World Health Organization – both continue to classify Corona as a pandemic. The outbreaks of the viral disease cannot yet be localized and seasonally limited. "We have new variants, we expect that the new variants will be more contagious," emphasized the Minister of Health.

Machowecz criticized: "Even with the constant warning of dangers that are not visible, you are playing with people's trust in the fight against the pandemic."

Berndt countered: "The situation can get worse again at any time." The ZEIT journalist replied: "People stop wearing masks because they have the feeling that this measure makes no sense." He is worried that Germany is isolating itself with the multitude of measures: "No other country in Europe has these strict rules.

Schlagheck reported on her working life as a nurse: Patients who had to wait for hours in the emergency room, treatments that took place in the corridors due to lack of space and a permanent shortage of staff. All of this is part of everyday working life. After 77 days of strike, she and her colleagues at the University Hospital in Münster have now managed to avoid being assigned to the shift plan alone during the night shifts. "At some point you're exhausted, it's physical and emotional exhaustion," she summarized the current condition of the nurses.

Lauterbach declared that he wanted to end the "system of case flat rates". With his draft law, the “Hospital Care Relief Act”, he wants to revolutionize the situation in hospitals. Schlagheck criticized that the draft law only referred to “bed-carrying care areas”, emergency rooms are excluded, as are radiology and transport areas, for example. "There is now an amendment," said Lauterbach, dismissing the criticism that intensive care medicine was also taken into account in this application.

"I see it as something that is finally happening," Berndt Lauterbach jumped to the rescue: "We need this community of federal and state governments," the states have a major role to play in investments and planning, according to the journalist. And with a view to the nurse, she added: "There must be this revolution, also with regard to the people and their good nature."

"It will be the biggest reform in the hospital sector for 20 years," Lauterbach confidently promised the group. But Nurse Schlagheck remained skeptical: "I'm a bit skeptical about other attempts to relieve us, which ultimately only made it worse." She still doesn't believe that the law will ultimately affect her positively.

‹ ›
Keywords:
CoronavirusLauterbachKarlNewsteamPlasbergFrankKlausHoletschek
Your comment has been forwarded to the administrator for approval.×
Warning! Will constitute a criminal offense, illegal, threatening, offensive, insulting and swearing, derogatory, defamatory, vulgar, pornographic, indecent, personality rights, damaging or similar nature in the nature of all kinds of financial content, legal, criminal and administrative responsibility for the content of the sender member / members are belong.
Related News