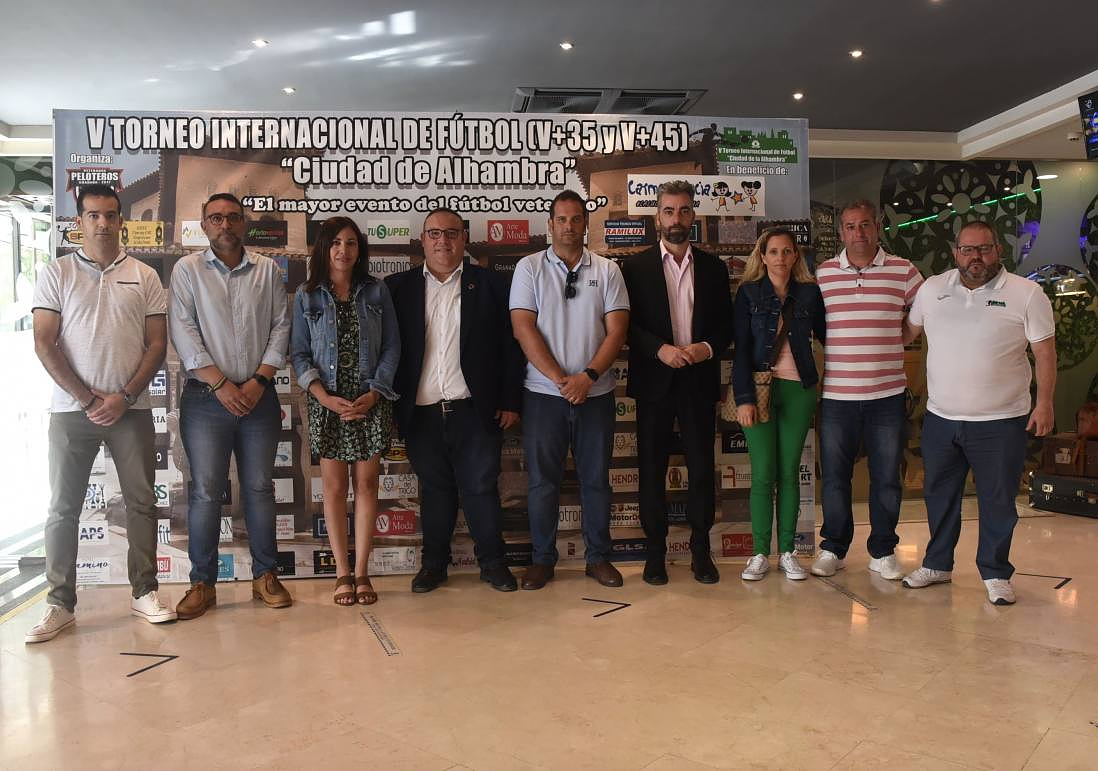 Huetor Vegas will host the Ciudad de la Alhambra International Veterans Football Tournament. This event is returning to the province for the fifth year. Over 2,500 veterans soccer players aged 35-45 years, from England, Spain, Poland and Morocco, will compete in over 200 matches. They will be held in the municipalities in Granada and Monachil.

Yesterday, Manuel Guirado, the Provincial Sports Deputy, attended the presentation of the tournament. He was accompanied by Pepe Montoro, the director of this sporting event. These games will be held in 13 municipalities of the province, according to the deputy. There will be 5,000 people attending. "Of them 2,500 are players who help create wealth and employment," stated the deputy. He also promised to "go hand-in-hand" with future editions of the solidarity event and other initiatives.

The idea behind this activity was to bring together competition, camaraderie and solidarity in one football event. It has become one of the most important veteran tournaments at European level. It's a sports, social, and altruistic initiative with the goal of promoting sport, instilling humanitarian value, and promoting the municipalities and province of Granada.

Participants will have the opportunity to visit the respective municipalities where each qualifying tournament is held during the event. The organizers stated that the event is a chance to bring new people to the town, where they can explore its streets and squares and experience its culture, leisure, and gastronomy in its most iconic places.

Carmen and Lucia (11 years old) are the little girls of Granada who are the main characters in this event. They were both diagnosed with PCI (infantile cerebral palsy with spastic diprasis of the lower legs) at the tender age of three years. The Ciudad de la Alhambra tournament organizers have pledged to fund different activities that will benefit the well-being and treatment of the two minors from Granada.

‹ ›
Keywords:
HuetorVegaSedePrincipalTorneoInternacionalVeteranosCiudadAlhambra
Your comment has been forwarded to the administrator for approval.×
Warning! Will constitute a criminal offense, illegal, threatening, offensive, insulting and swearing, derogatory, defamatory, vulgar, pornographic, indecent, personality rights, damaging or similar nature in the nature of all kinds of financial content, legal, criminal and administrative responsibility for the content of the sender member / members are belong.
Related News