Post a Comment Print Share on Facebook
Famagusta
DOLLAR 18,86
EURO 20,48
GOLD 1.165,50
BIST 5.191,83
"Young people make rules for themselves that they would not have...
New Year's Eve, the media and "inconvenient truths"
“I will still do something to this woman”
Cruise tourism takes Barcelona back
New Year's Eve, the media and "inconvenient truths"
The "lateral thinker" that we loved - he lives
“It is important to win over these Muslims as loyal citizens”
The true superpower of the Christian message
"The Russians in Switzerland know: Putin is finished"
The secret of the many Amazon "No. 1 bestseller”

How Lula wants to bring Brazil back onto the world stage

If Frank-Walter Steinmeier wants to "take up the conversation again" on New Year's Day in Brasilia, as he himself puts it, the Federal President has to join a long queue. 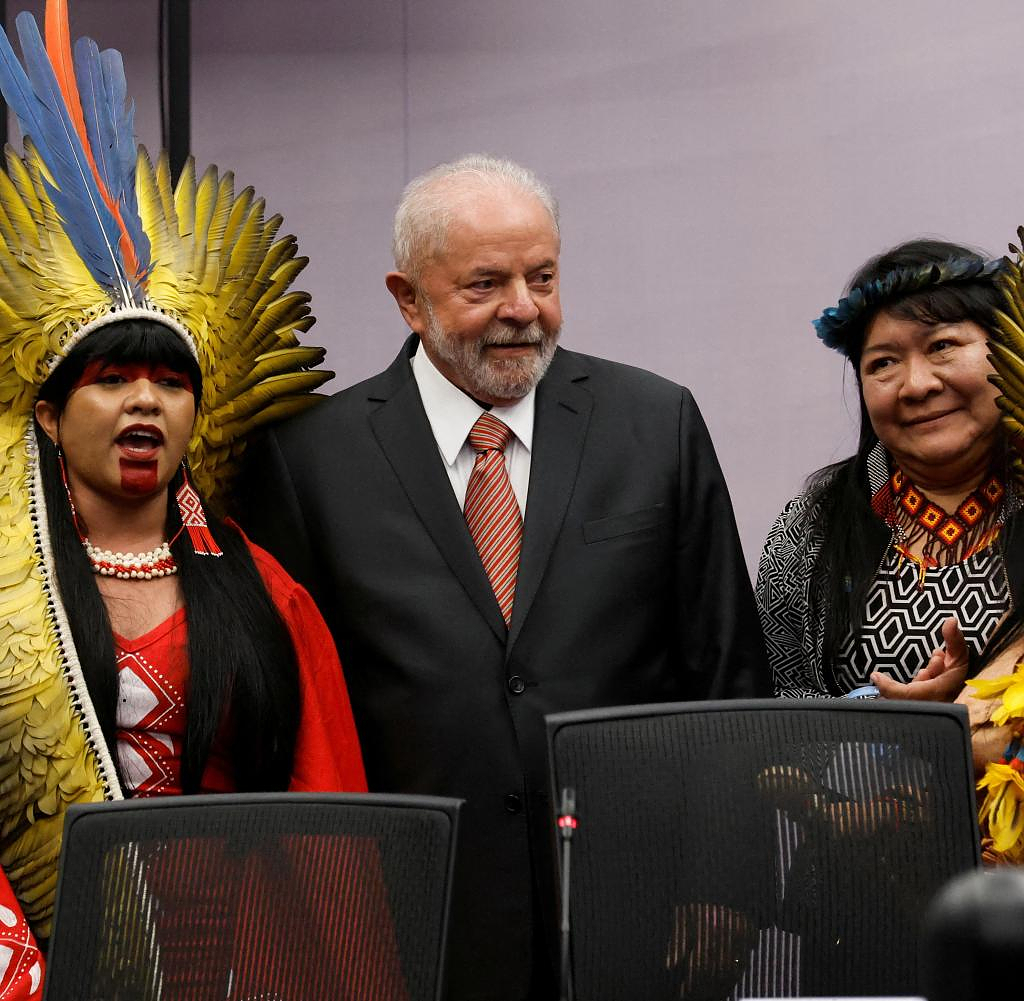 If Frank-Walter Steinmeier wants to "take up the conversation again" on New Year's Day in Brasilia, as he himself puts it, the Federal President has to join a long queue. Because 64 other delegations of heads of state or government or their deputies are expected at the inauguration of Brazil's President Luiz Inacio Lula da Silva in the Brazilian capital.

"The (attendance at) the inauguration this Sunday exceeds the number of foreign officials at the Olympic Games in Rio 2016," Lula wrote on Twitter, taking it as a sign of the future international role of the largest Latin American country: "This is the Brazil of the future, one that speaks to the world.”

Lula da Silva wants to bring Brazil back to its former glory. Much of his election campaign sounded like Donald Trump: Everything was better in the past, Brazil was – under him – bigger, richer, more important. With this self-image, the 77-year-old wants to bring the country back onto the world stage.

The chances are good. In a multipolar world, Brazil is being fiercely courted by the US, China, Russia and Europe. It is not yet clear who Lula da Silva, who will begin his third term as President of Brazil on New Year's Day after 2003 and 2007, will ultimately decide.

One thing is certain: Brazil is returning to the international stage after four years of largely self-inflicted political isolation by right-wing populist Jair Bolsonaro.

"The great opportunity of the Lula government lies in the environmental issue," says political scientist Wellington Almeida from the University of Brasilia in an interview with WELT. “Brazil has an advantage that needs to be exploited due to the importance of the Amazon rainforest, the increasing importance of the bioeconomy as a technological development sector. Now it's up to the government to develop an agenda to accelerate a green transition to a low-carbon economy," says Almeida.

In fact, the climate protection hopes of the world community rest on the shoulders of Lula, who has promised to implement a zero deforestation strategy in the Amazon.

“It is no longer necessary to cut down a tree to plant anything else. Not for soy, not for corn, not for sugar cane, not for ranching. Brazil has an extraordinary amount of land. Arable land, land that can be won for agriculture without having to attack our Amazon rainforest, ”said Lula during the election campaign at the request of WELT.

Lula gave herself eight years to achieve this goal. According to the INPE climate institute, deforestation fell by eleven percent to 11,568 square kilometers in Bolsonaro’s last year in office. According to Lula, Germany and Norway announced that they would resume payments to the Amazon protection fund that had been frozen under Bolsonaro.

It is still completely unclear what financial contribution will be made by the billionaire Brazilian agricultural industry and China, which in the past two decades, first under Lula and later under Bolsonaro, has repeatedly brought in new record profits through soy cultivation on deforested areas and exports to Asia.

It already seems foreseeable that, despite all the climate protection announcements, Lula will expand the production of fossil fuels such as oil and natural gas.

According to local media reports, the Association of Brazilian Oil Service Providers (Abespetro) expects 500,000 new jobs in oil and gas production by 2025. There are increasing indications of newly discovered rich oil deposits.

Lula can build on the Petrobras oil company, which was put back on the road to success by its controversial but economically successful predecessor Bolsonaro.

The Banco do Brasil, like the agricultural industry, also made record profits, the Brazilian real was the fourth most stable currency in the world among all 33 Latin American and Caribbean currencies this year, and labor market figures have recently developed positively.

So while Lula can take over an economy that is relatively stable by international standards, the biggest problem is restoring the country's international reputation.

It was severely damaged both by Bolsonaro's anti-climate discourse and by unacceptable insults such as that of French President Emmanuel Macron's wife.

Lula's current position on the Ukraine war is eagerly awaited. Here, as in dealing with the repressive left-wing dictatorships of Venezuela, Cuba and Nicaragua, Europeans could be disappointed.

In the past, Lula had blamed Ukraine for the war and actively supported the Latin American left-wing dictatorships politically and financially despite serious human rights violations. China specifically praised Lula for its rapid delivery of vaccine during the pandemic.

On the other hand, the Europeans can hope that the free trade agreement with the South American confederation Mercosur, which was put on hold because of Bolsonaro, is now within reach again with Lula.

At home, however, reservations about Lula are remarkably high. During the election campaign he had made promises to almost all interest groups.

So the people in the favelas trust Lula's promise that things will get better for them soon. Business hopes that, despite the numerous new ministries, there will be less bureaucracy and more opportunities for development. The education and health sectors are hoping for billions in investments that have been promised.

In addition, there is great distrust among those who voted for Bolsonaro (49.1 percent) and who fear that the times of great corruption scandals such as those surrounding the Petrobras and Odebrecht corporations could return. Lula shared political responsibility, but this has never been properly worked through to this day.