Home loans: should the method of calculating the wear rate be changed?

It is a rate fixed each quarter by the Banque de France and the amount of which corresponds to a very precise calculation. 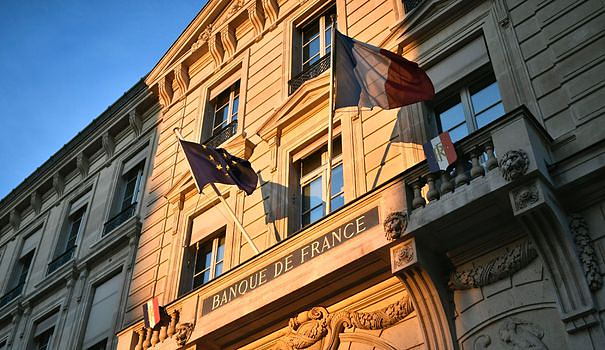 It is a rate fixed each quarter by the Banque de France and the amount of which corresponds to a very precise calculation. But, for several months, it seems disconnected from the rest of the market. The usury rate, that is to say the maximum rate at which a bank can lend, is today the main obstacle to obtaining a mortgage, according to an Opinion System survey commissioned by the French Association bancassurance intermediaries, Afib. 45% of mortgage applications would thus be rejected because of an excessively low wear rate, while all interest rates are increasing as part of the monetary policy to fight against inflation.

The usury rate, supposed to protect consumers from abusive rates that banks could set, was set, on July 1, "at 2.57% for loans of 20 years or more", according to the Afib press release. . The Opinion System survey shows that 51% of people who are refused a mortgage on the basis of the usury rate are 30-51 year olds, i.e. "the wealthiest active segment", indicates the president of Afib, Jerome Cusanno. For him, "the matter is serious", and all real estate players are affected: buyers therefore, but also the construction sector and notaries.

The natural solution to rectifying the lag is to increase this rate. While it is established on the basis of the calculation of the average of the rates applied by the banks for the previous three months, increased by a third - which disconnects it from the economic reality of the moment - the usury rate should, for Afib, be subject to a permanent increase of two-thirds. Faced with the urgency of the situation, Jérôme Cusanno even believes that "the governor of the Banque de France can increase the rate of wear and tear for a month", so that the real estate market can restart as quickly as possible.

Another, more radical solution consists of removing the cost of borrower insurance from the method of calculating the annual percentage rate. This is the opinion of the president of the broker Cafpi, Olivier Lendrevie, who explained in Liberation last month that "the cost of the wear rate was totally disconnected from other rate movements". And that it should therefore be treated independently.

Faced with these calls, the Ministry of the Economy and Finance showed itself open to a reform, confiding on August 10 to the newspaper Les Echos that "the minister could, on the recommendations of the governor of the Banque de France, make adjustments ". Problem: the Bank of France still estimated, at the end of June, that "the financing of real estate was well assured". While waiting for effective measures to be taken, Afib advises individuals to wait for better days to buy real estate.