Historical carriage of the suspension railway is sold

You can never get enough of floating, can you?” With these words, Wuppertaler Stadtwerke advertises the city’s landmark, the suspension railway, on its website. 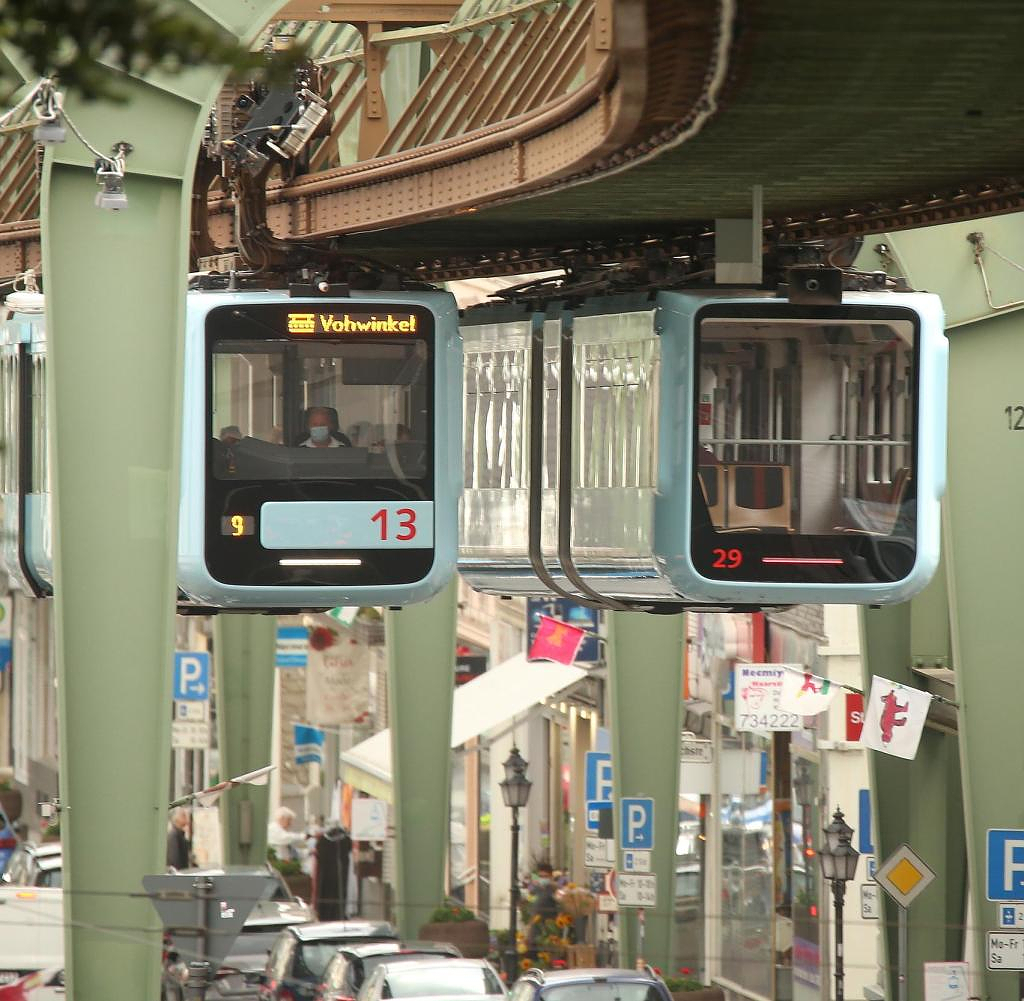 You can never get enough of floating, can you?” With these words, Wuppertaler Stadtwerke advertises the city’s landmark, the suspension railway, on its website. Opened in 1901, it has been a listed building since 1997. In the same breath, Stadtwerke are promoting a combination ticket that also includes a ticket for the city's zoo. The zoo and the suspension railway - that is an ambivalent relationship.

Some time ago, when the public utility company was discarding their trains built between 1972 and 1974, they came up with the idea of ​​donating a copy to the zoo. Car 21 to be exact. That was in 2012, and since then the orange-blue car, divided into three parts, has been standing in the courtyard of the zoo school, rotting away, painted with graffiti. The paint has flaked off, cobwebs hang in the corners of the panes. It is said that there have been a number of attempts to use the train in some way. But they all failed, according to the zoo information "for different reasons". Therefore one resorts to the last resort. It is being offered for sale as part of a bidding process that runs until December 5th. The zoo hopes that the buyer will use the train in a manner appropriate to its historical importance.

Having a famous historical train in the garden, living in it or having parties or both - sounds tempting, but it's not that easy. To set it up, you first need a building permit. Oh yes, you have to pay for the transport yourself. A usage concept would not be wrong either. But it would be laughable if no one could be found and there was no movement in the matter. Have pity on the car 21. Can't get enough of floating? From just standing around.

‹ ›
Keywords:
SchwebebahnenNordrheinWestfalenWuppertalTexttospeechWuppertaler ZooBündnis 90Die GrünenPorscheAutoSchwebebahnStadtwerkeKombiticket
Your comment has been forwarded to the administrator for approval.×
Warning! Will constitute a criminal offense, illegal, threatening, offensive, insulting and swearing, derogatory, defamatory, vulgar, pornographic, indecent, personality rights, damaging or similar nature in the nature of all kinds of financial content, legal, criminal and administrative responsibility for the content of the sender member / members are belong.
Related News