Where otherwise there is hustle and bustle behind closed gates, Germany's probably most sinful street showed an unusual openness on Sunday: Herbertstrasse in Hamburg celebrated its 100th birthday with an open day. 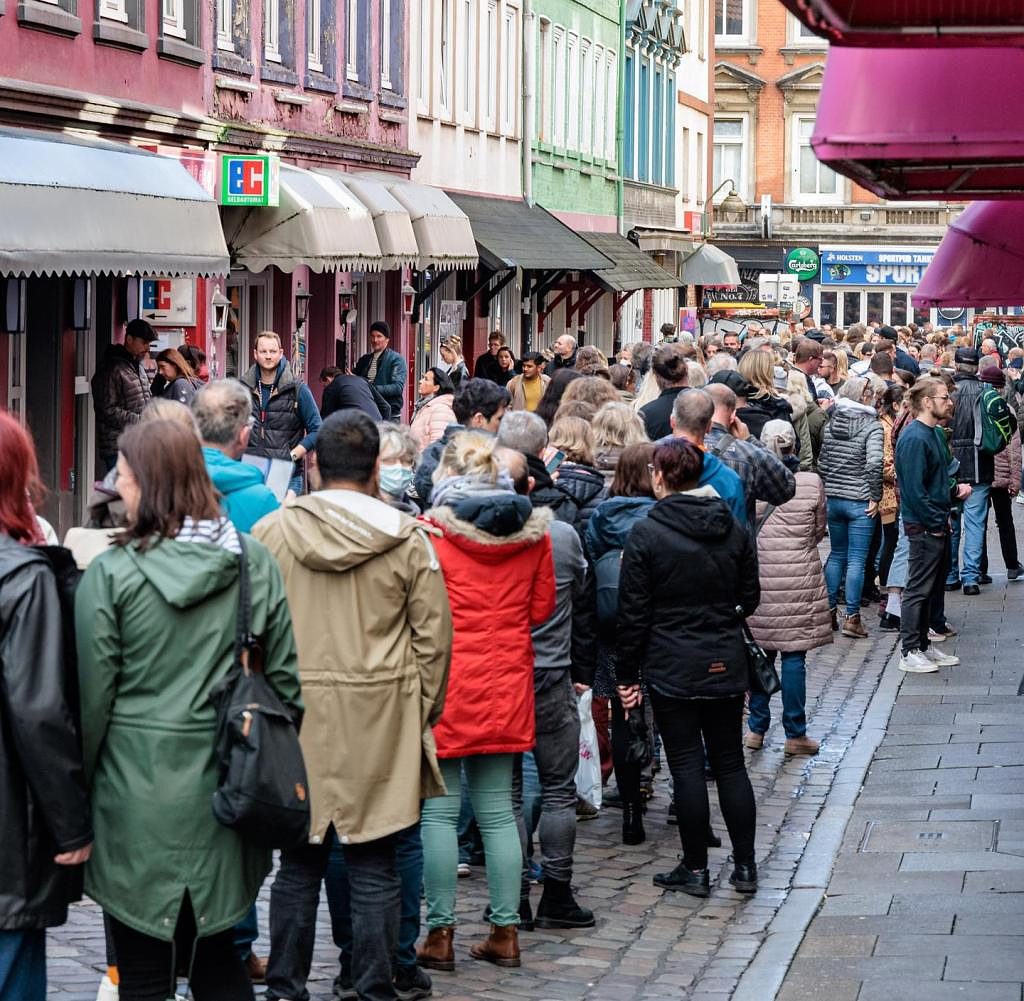 Where otherwise there is hustle and bustle behind closed gates, Germany's probably most sinful street showed an unusual openness on Sunday: Herbertstrasse in Hamburg celebrated its 100th birthday with an open day. In the early afternoon there was a great rush, and many women also showed interest. Normally, the Herberststraße in the middle of St. Pauli's entertainment mile is closed to women and young people. Not so this Sunday.

“As a woman, it's interesting to be able to go through here. Otherwise you don't have the opportunity to see what it looks like here," says Sandra from Bielefeld, who is looking around with her husband. Maja from Münster is on a regulars' table tour with her friends and only found out about the event the evening before. “This is a once-in-a-lifetime opportunity,” she says.

Like many others, the friends are queuing in front of a house that can be visited. In the front are the windows, in which the prostitutes present themselves lightly clad on swivel chairs, and then the rooms with beds upholstered in red, washbasins and, in some cases, showers. Regina from Weimar is rather repulsed. It's quite different from how it's sometimes presented on television, she says. "Amazing how dingy that is."

According to the professional association and neighborhood manager Lars Schütze, there has been prostitution on the street since the beginning of development in the 19th century. The street has developed from a small cluster of several prostitution establishments into one of the most well-known streets in the country. Until 1922 it was Heinrichstraße. In July 1922 it became the famous Herbertstraße. At the time, the renaming was intended as a sign of a new beginning, the brothels were to be evicted and apartments were to be built, according to the plaques on display in Herbertstrasse.

According to the information, there was a strict ban on prostitution at the time of National Socialism - with the exception of Herbertstraße, at the two entrances to which the screens were erected to ban the "female, antisocial elements" from the public's field of vision. In the 1970s, at the request of the prostitutes, the signs attached to the barrier screens were supplemented with the following information: "Access prohibited for men under 18 and women!".

The professional association praises the fact that, in contrast to many other places, sex work on Herbertstrasse is socially recognized. The street prostitution and the people working there are not perceived by the residents and visitors of the district as a nuisance, but as a "cultural authority".

Herbertstraße was hit hard by the Corona period. The red-light district on the Reeperbahn had practically come to a standstill, and an almost ghostly calm reigned on Herbertstrasse.

‹ ›
Keywords:
St. PauliProstitutionHamburgKelly HildebrandtHerberststraßeHerbertstraßeKrimiJugendlicheSündenstraßeHeinrichstraße
Your comment has been forwarded to the administrator for approval.×
Warning! Will constitute a criminal offense, illegal, threatening, offensive, insulting and swearing, derogatory, defamatory, vulgar, pornographic, indecent, personality rights, damaging or similar nature in the nature of all kinds of financial content, legal, criminal and administrative responsibility for the content of the sender member / members are belong.
Related News