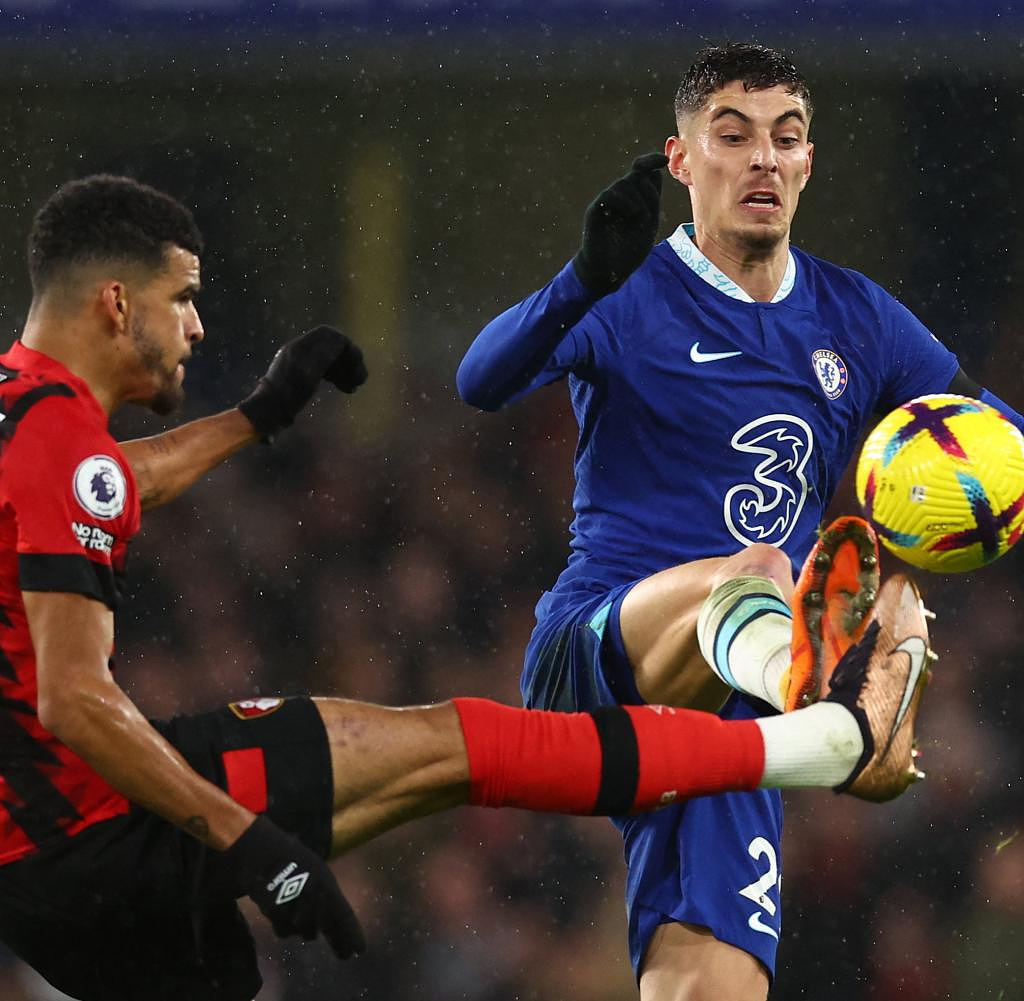 With their seventh win of the season, the “Blues” reduced the gap to the Champions League places to six points. Compared to the last league game before the World Cup in Qatar, Chelsea coach Graham Potter made eight changes to the starting XI. For example, former Gladbach professional Denis Zakaria was allowed to play in defensive midfield from the start.

A downer was Reece James' knee injury in the second half. The England international had just returned from a knee injury that saw him miss the World Cup in Qatar. "It's the same spot, so we're concerned," Potter said. "We have to hope it's not that bad this time."

Marcus Rashford surpassed with the goal to 1:0 (19th) and the assist to 2:0 by Anthony Martial (22nd). Fred got the final score (87th). Man United are just a point behind a Champions League spot.

‹ ›
Keywords:
LondonChelsea LondonPremier League (Geo: GB)EnglandHavertzKai
Your comment has been forwarded to the administrator for approval.×
Warning! Will constitute a criminal offense, illegal, threatening, offensive, insulting and swearing, derogatory, defamatory, vulgar, pornographic, indecent, personality rights, damaging or similar nature in the nature of all kinds of financial content, legal, criminal and administrative responsibility for the content of the sender member / members are belong.
Related News