Hadi Matar, the route of the assailant who wanted to kill Salman Rushdie

"When I heard he had survived, I was amazed. 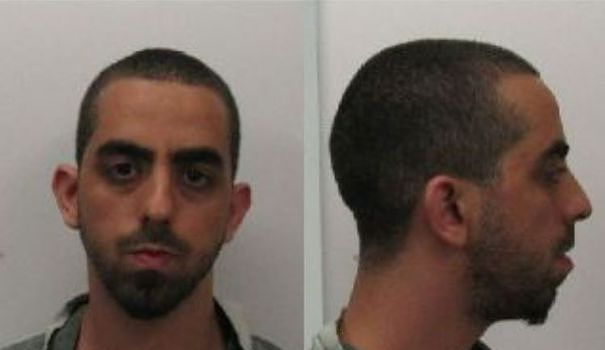 "When I heard he had survived, I was amazed." The murderous design of the man who stabbed the writer Salman Rushdie is hardly in doubt and arises implacably and coldly in the columns of the New York Post. The American daily managed to contact in prison, Hadi Matar, main suspect of the stabbing attack on the novelist which occurred during a conference in New York, Friday August 12. Stabbed ten times in the neck and abdomen, Salman Rushdie was evacuated by helicopter to a hospital instantly. His agent said he was "on the road to recovery" on Sunday.

His attacker, 24, born in the United States and of Lebanese origin, was arrested at the time of the attack and if his guilt is not denied, he for the second time pleaded not guilty, during a hearing in court in Mayville, this Thursday, August 18. Hadi Matar is charged with assault and attempted murder. He had arrived the day before the attempted murder, carrying a false identity document after taking the bus to Chautauqua from New Jersey. He had learned of the holding of the conference of Salman Rushdie on the social network Twitter. He had inquired about the texts of Salman Rushdie, a few months earlier, by watching videos of his speeches which he had found "hypocritical".

Hadi Matar told the New York Post that he had read "a few pages" of "Satanic Verses", a novel published in 1988 which caused Salman Rushdie to be under the threat of a fatwa issued by Ayatollah Khomeini, Supreme Leader of the Revolution. Islam in Iran. If Matar did not want to specify to the American journalists if he had acted according to the decree pronouncing the death penalty of the storyteller, he nevertheless wanted to show his attachment to the figure of Khomeini: "I have esteem for the 'Ayatollah. I think he's a remarkable person. That's all I would say about it." His fascination for the Iranian regime is now at the heart of his appearance in court.

The author of the aggression left behind him enough elements to link him to the enemy one of the United States. His Facebook page was full of references to the Revolutionary Guards, the paramilitary group answering directly to the Iranian leader. Snapshots of key figures of the Islamic Revolution, including Ayatollah Khomeini, flooded his wall. He had made himself a driver's license in the name of Hassan Mughniyah, a direct reference to Imad Mughniyeh, co-founder of the Shiite political and paramilitary party Hezbollah, killed in 2008 in Damascus.

If the Iranian authorities deny any link with Hadi Matar, the mother of the young man affirms that her son had transformed after returning from a trip to Lebanon, where he could have met dignitaries of Hezbollah, a militia close to the Iranian regime. "I expected him to come back motivated, to finish his studies, to get his degree and a job. But instead he locked himself in the basement. He had changed a lot, he didn't tell me or his sisters for months," she told the Daily Mail. She describes a man who lives at night, folded up on his computer, without speaking to his mother. He reproached him for not providing him with a strict Muslim education.

According to the American authorities, the precepts of Iranian society have influenced the destiny of the young man: "Iranian state institutions have incited violence against Mr. Rushdie for generations, and the state-affiliated media have recently rejoiced at the assassination attempt of which he was the victim," reacted the American Secretary of State, Antony Blinken. The Iranian press presents Hadi Matar more as "a lone wolf". At the New York Post, the assailant was content to explain his gesture by his resentment towards the winner of the Booker Prize: "I don't like this person. I don't think he's a good man. He is someone who attacked Islam." Salman Rushdie has not yet been released from hospital.