Germany: the CDU sets a quota of women and a goal of parity in 2025

The delegates of the main opposition party adopted this new rule, with 559 votes for, 409 against and 11 abstentions, noted an AFP journalist on the spot. 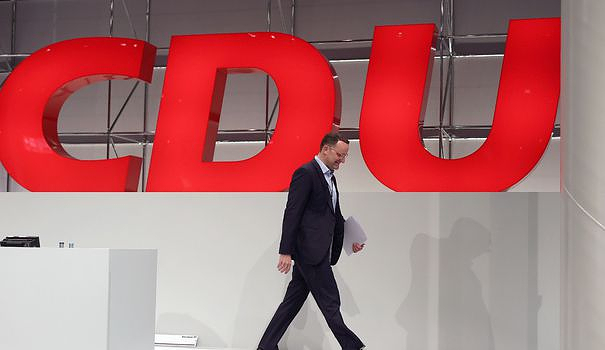 The delegates of the main opposition party adopted this new rule, with 559 votes for, 409 against and 11 abstentions, noted an AFP journalist on the spot.

For the general, regional and European elections, these same quotas will apply to the first ten places on the lists of candidates.

This question has agitated the party of former Chancellor Angela Merkel for several years.

Former president Annegret Kramp-Karrenbauer, at the head of the CDU between 2018 and the beginning of 2021, campaigned for parity but had encountered a lot of resistance in this party created in the immediate post-war period and whose posts of responsibility are mostly held by men.

The debates were still lively during this congress in Hanover, with several delegates arguing against the introduction of quotas on the grounds that they risked owing their position solely to this rule and not to their skills.

CDU chairman Friedrich Merz supported the parity goal, stressing that "more than 50% of voters are women".

Rejected into the opposition in 2021 after 16 years of the Merkel era, the CDU intends to return to power in the 2025 elections. The conservative formation is currently leading the polls, ahead of the Greens and the Social Democrats of Chancellor Olaf Scholz.

The CDU is betting by then on successes in regional elections, the next of which will take place on October 9 in Lower Saxony.