Today, a Brandenburg court sentenced a 101-year-old German to five years imprisonment for his role in the murder of 3500 Nazi prisoners in Sachsenhausen between 1942 and 1945. 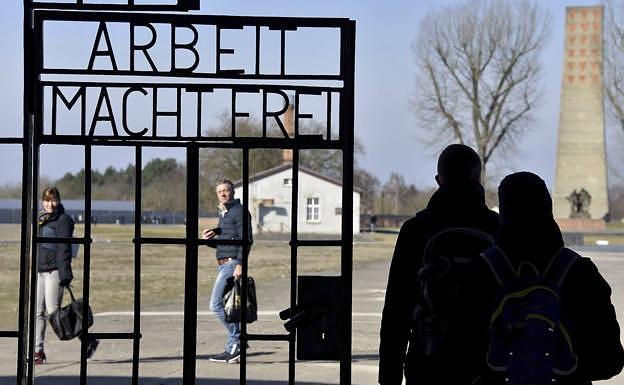 Today, a Brandenburg court sentenced a 101-year-old German to five years imprisonment for his role in the murder of 3500 Nazi prisoners in Sachsenhausen between 1942 and 1945. The man was a guard at the Oranienburg concentration camp, bordering the north of Berlin. During the reading of sentence, Judge Udo Lechtermann, the president of court, stated that the condemned man was a camp guard and had "voluntarily supported mass extermination". Both the private prosecution and the prosecutors who were in charge of the case, Thomas Walther, demanded that the verdict be rendered. His acquittal was requested by the defense, as it was impossible to show that his client had collaborated with Nazi extermination machinery.

The evidence against him was overwhelming, as well as the testimony of witnesses. However, the elderly man denied that he had been a guard at the concentration camp. He claimed that he worked in Pasewalk in northern Germany, Mecklenburg West Pomerania, during the Sachsenhausen period. In his closing statement, the defendant stated that he didn't know what he was supposed to have done. He claimed he was from Lithuania and did not know the issues that he had faced during the trial. "I don't know why I am here," he said. The centenarian insisted that he had nothing to do with their statements. The process was initiated in October last year and had to be stopped several times due to the defendant's sickness.

The trial was held in Brandenburg, not Neuruppin, due to organizational reasons and the defendant's high age. Because of his limited ability to attend the trial, the sessions lasted only two hours and a quarter with his presence. The Nazi concentration camp Sachsenhausen was built in 1936 and held more than 200,000 prisoners. Many of these were politicians. The Nazi concentration camp holds more than 200 Spanish Republicans. Francisco Largo Caballero was the head of the Spanish government during the Civil War. He was exiled to France by Nazi troops in 1942 and held in Sachsenhausen until liberation by the Red Army.

‹ ›
Keywords:
AncianoAlemanAnosCondenadoCarcelCrimenesNazis
Your comment has been forwarded to the administrator for approval.×
Warning! Will constitute a criminal offense, illegal, threatening, offensive, insulting and swearing, derogatory, defamatory, vulgar, pornographic, indecent, personality rights, damaging or similar nature in the nature of all kinds of financial content, legal, criminal and administrative responsibility for the content of the sender member / members are belong.
Related News