The City of Vera's Municipal Socialist Group regretted the decision by the PP government team to exclude the 80-home neighborhood from the planned investment in new playgrounds. 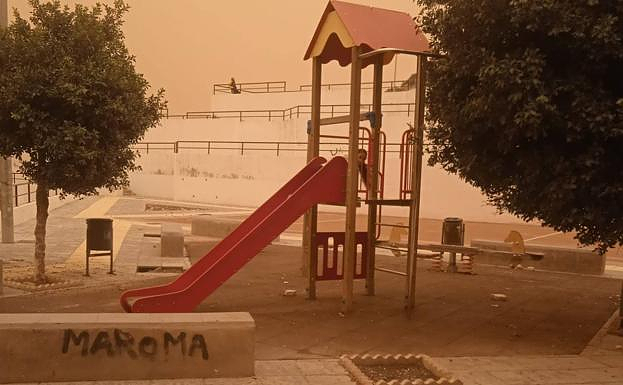 The City of Vera's Municipal Socialist Group regretted the decision by the PP government team to exclude the 80-home neighborhood from the planned investment in new playgrounds. Martin Gerez, a PSOE spokesperson, recalled yesterday how the City Council published the tender to install children's play areas within the municipal parks. This was funded with the piggy bank that the PP inherited from the municipality government. They never mention it when they brag about its use.

Martin Gerez believes it is "outrageous" that not a single eurocent has been allocated to allow the children of the 80 homes to use devices and games for the first time in their playground. He also stated that it is unusual that a competition for ideas has been held in this project, and that parents and children have been consulted to determine the best devices and games for children.

According to the socialist spokesperson, the project includes a closed inventory that must be supplied for each park as well as other furniture such as benches litter bins and posters. They are still very much of a person or small group of people which they will impose without knowing the criteria.

Martin Gerez said, "Without a doubt it was a very appropriate project so that citizen participation in its final selection, as well as the presentation of many ideas and proposals, would have resulted into distinctive and particularized parks, which Vera and their children felt as their own."

It was time to stop discriminating against anyone and not leave anyone behind, particularly those most in need. "We hope that the PP government team doesn't have the nerve to place waste from other areas within the 80 Homes, and rectify such an oversight," said the Veratense socialist leader.

‹ ›
Keywords:
GerezCriticaDejeViviendasInversiónParquesVera
Your comment has been forwarded to the administrator for approval.×
Warning! Will constitute a criminal offense, illegal, threatening, offensive, insulting and swearing, derogatory, defamatory, vulgar, pornographic, indecent, personality rights, damaging or similar nature in the nature of all kinds of financial content, legal, criminal and administrative responsibility for the content of the sender member / members are belong.
Related News