From sleeping to shrinking - how animals get through the winter

When it gets uncomfortable outside, the wild animals have a hard time: They find little to eat, but at the same time need more energy to keep from getting cold. 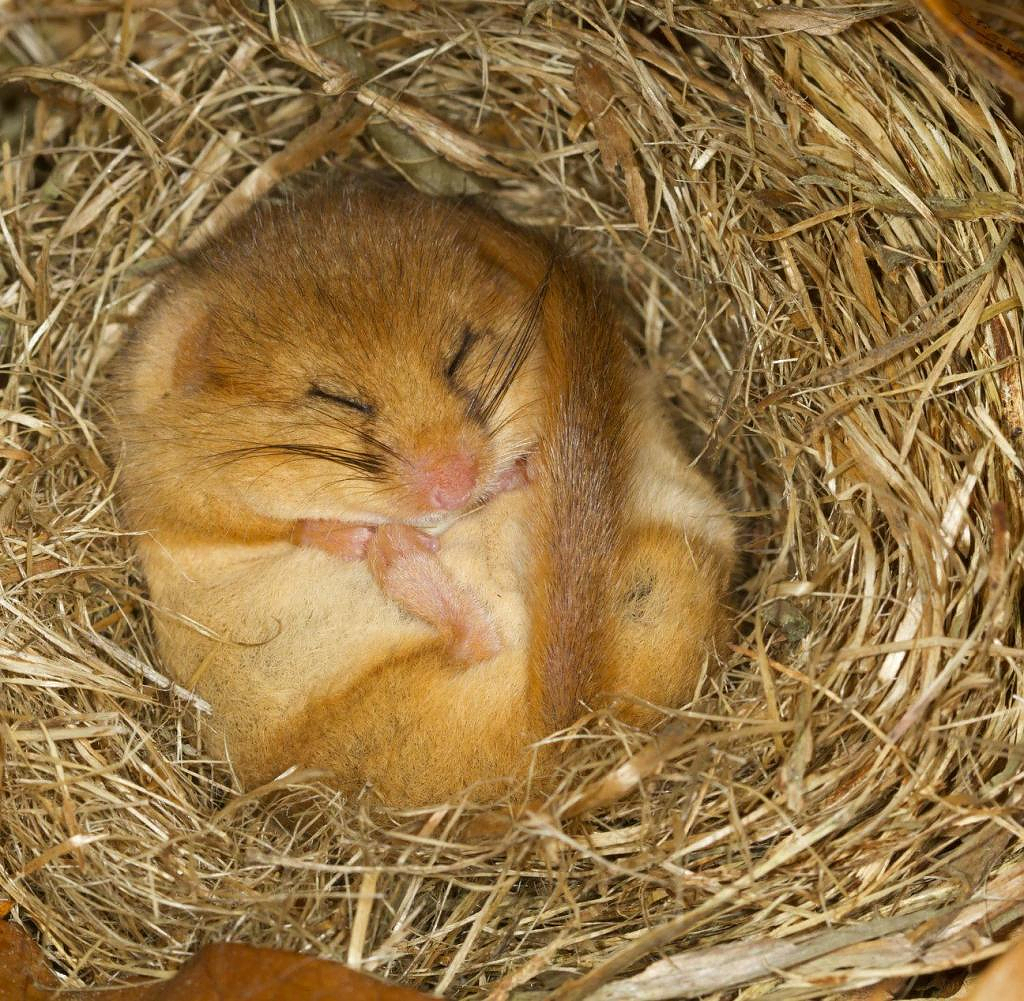 When it gets uncomfortable outside, the wild animals have a hard time: They find little to eat, but at the same time need more energy to keep from getting cold. In order to get through the winter safely, they have developed various strategies:

Sleeping Hibernation is probably one of the best-known ways animals survive the cold months. For example, according to the German Nature Conservation Union, marmots, dormouse, hedgehogs and bats drastically reduce their body temperature and their bodily functions practically come to a standstill.

The term "hibernation" is therefore also misleading. "The animals don't sleep. They are in a kind of physiological near-death state,” explains biologist Thassilo Franke from the Biotopia Natural History Museum in Munich. The animals therefore have to interrupt their hibernation at regular intervals and switch to a real sleep in order to supply nerve cells with oxygen and remove metabolic products, says Klaus Hackländer from the German Wildlife Foundation.

Resting – Brown bears, squirrels or badgers, on the other hand, only hibernate for the winter. That means they don't shut down their metabolism as much. According to the wildlife biologist Hackländer, most of them are active in between and go looking for food. The brown bear, on the other hand, spends several months asleep in the northern regions and only lives on its fat reserves during this time. "It is interesting that his muscle mass and bones do not break down despite the long rest period," says Franke.

Supplies – Other animals stockpile food for bad times. An example is the nutcracker, which feeds on the seeds of the stone pine in the mountains. He puts up thousands of hiding places over the winter - and thus contributes to the spread of the Swiss stone pine. Because the pine cones do not open by themselves. The seeds need the nutcracker, which frees them from the cones and then spreads them for miles. These can then germinate in the hiding places that he forgets over the winter or that are not emptied for other reasons. "The nutcracker is therefore also the forester of the pine forest," says Franke.

Diet - In contrast, deer, stags and wild boars are dependent on finding food in winter, explains biologist Angelika Nelson from the State Association for Bird and Nature Conservation in Hilpoltstein, Bavaria. But since there is often less food available, roe deer, for example, use a trick to be more frugal. "The volume of the rumen shrinks by 30 percent," says Franke.

Other animals change their diet completely and have to adapt their digestive tract to do so. The bearded tit normally eats insects, but in winter it eats the hard reed seeds. To do this, she converts her stomach into a flour mill, so to speak, explains Franke. The bearded tit picks up many small stones, at the same time the stomach wall thickens. "In the spring, the stomach remodels itself." It's a similar story with the wood grouse, which feeds on hard-to-digest spruce needles in winter. This massively enlarges his appendix because the microorganisms in it help him with digestion.

Shrinking - Small animals in particular need more energy to maintain their body temperature when it's cold. Shrews, moles and weasels therefore use a trick to save vital energy: they shrink. It is particularly noticeable in the wood shrew, which reduces its weight by almost a fifth in winter, says behavioral neurobiologist Moritz Hertel at the Max Planck Institute for Biological Intelligence at the Seewiesen site near Starnberg. "Calcium is drawn out of the bones and therefore they become more elastic," explains the expert. "We see reversible osteoporosis." Because in the spring the animals grow again.

Freeze Protection – Because water freezes at low temperatures, some animals have a natural antifreeze. Amphibians like frogs burrow into the ground in winter or look for another sheltered place. At temperatures below zero, they fell into a state of hibernation, says biologist Nelson. As cold-blooded animals, their body temperature depends on the outside temperature. "Below zero degrees there is therefore a risk that the liquid in the cells and the spaces between the cells will freeze," says Nelson. The amphibians prevented this with the help of glycerin, which acts like an antifreeze.

Migration – Another well-known overwintering strategy is bird migration. The short-distance migrants traveled to the Mediterranean region during the cold season, and the long-distance migrants to sub-Saharan Africa, says Nelson. "Many migratory birds are insectivores." However, the journey, which can sometimes be many thousands of kilometers long, is very dangerous. Therefore, due to the milder winters, the migration routes are quickly being adjusted. The blackcap has been wintering in England since the 1980s, while some black redstarts and starlings have since stayed in southern Germany. dpa

‹ ›
Keywords:
VerhaltensforschungWinterschlafTiereTexttospeechNaturkundemuseum BiotopiaEnglandSaharaAfrikaStarnbergGesundheit
Your comment has been forwarded to the administrator for approval.×
Warning! Will constitute a criminal offense, illegal, threatening, offensive, insulting and swearing, derogatory, defamatory, vulgar, pornographic, indecent, personality rights, damaging or similar nature in the nature of all kinds of financial content, legal, criminal and administrative responsibility for the content of the sender member / members are belong.
Related News