He had come to power in the aftermath of the crackdown on Beijing's Tiananmen Square protests in 1989 and had accompanied the transformation of the most populous nation in the world into a world power. 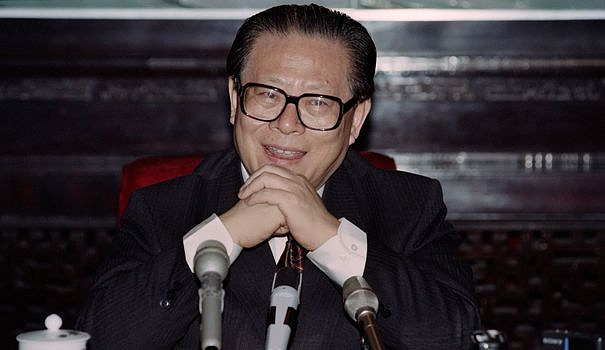 He had come to power in the aftermath of the crackdown on Beijing's Tiananmen Square protests in 1989 and had accompanied the transformation of the most populous nation in the world into a world power.

His death comes as the Chinese communist authorities have been facing the most extensive protest movement since the Tiananmen events for several days, against anti-Covid health restrictions and for more political freedoms.

New China said that the announcement of the death had been made in a letter from the Chinese authorities expressing "deep sadness", addressed to the entire Chinese Communist Party, the army and the people.

His death came after all medical treatment had failed, she said.

"Comrade Jiang Zemin was an outstanding leader (...), a great Marxist, a great proletarian revolutionary, a statesman, a military strategist and a diplomat, a long-time communist fighter, and an outstanding leader of the great cause of socialism with Chinese characteristics," the state agency said, citing the letter.

The announcement of his death comes as a wave of protests has shaken several cities in China in recent days, reminiscent of the pro-democracy mobilization of 1989, which was finally bloodily suppressed.

"During the serious political unrest that shook China in the spring and summer of 1989, Comrade Jiang Zemin upheld and implemented the correct decision of the Party Central Committee to oppose the unrest, uphold the socialist state power and safeguard people's fundamental interests," CCTV said.

Deng Xiaoping had called him to the head of the Chinese Communist Party in June 1989, impressed by the mastery with which Jiang Zemin had just put an end to the demonstrations in his city of Shanghai peacefully, without shedding blood as in Beijing. After 13 years at the head of the party (1989-2002), he became president for ten years (1993-2003).

Analysts say Jiang Zemin and his "Shanghai Gang" -- the faction supporting him -- continued to wield great influence in Chinese politics long after he left power.

Immediately after news of her passing, state media all posted the same black-and-white photo of a chrysanthemum on official Chinese social media Weibo accounts.

The article dedicated to the ex-president on the Baidu online encyclopedia, a sort of Chinese Wikipedia, was also in black and white.

When Jiang Zemin was officially appointed in 1989 by former leader Deng Xiaoping as his successor, China was only at the beginning of its economic modernization.

But when he stepped down as president in 2003, China had become a member of the World Trade Organization (WTO), had won the 2008 Beijing Olympics and was on its way to becoming a superpower.

Former mayor and head of the Communist Party in Shanghai, Jiang Zemin continued, with a close circle of leaders, to exert influence on Chinese political life even after his official retirement, according to analysts.

He leaves behind his wife Wang Yeping and two sons.