According to the authorities, the major fire on the Brocken in the Harz Mountains has not spread further. 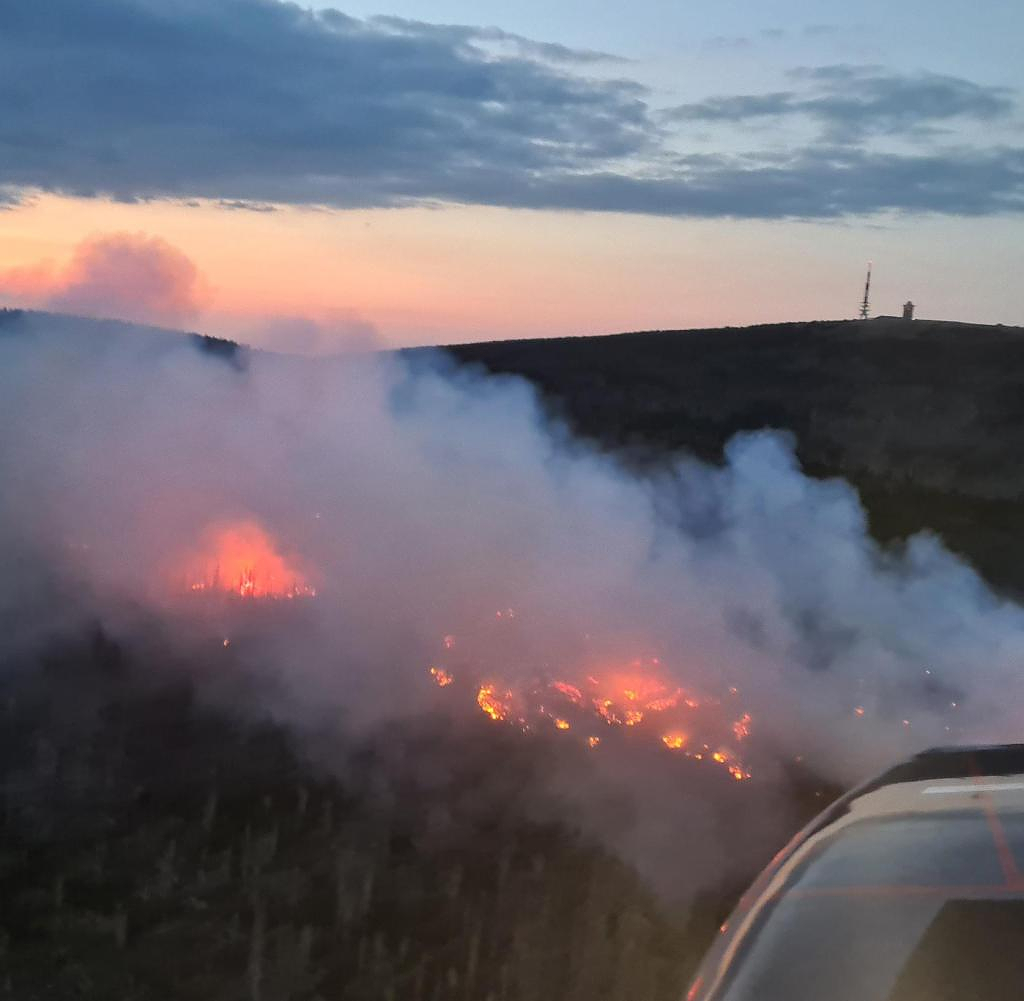 According to the authorities, the major fire on the Brocken in the Harz Mountains has not spread further. The fire behavior was stable on Monday night, a spokesman for the Harz district said in the morning.

Now the fire is to be fought primarily from the air. The fire-fighting planes and helicopters were supposed to take off again around 9 a.m. to put out the fire. According to a spokesman for the Harz district, more helicopters and two firefighting planes from Italy will drop water on the source of the fire from daybreak.

A no-fly zone for civil air traffic had previously been set up within a radius of 40 kilometers. The terrain in the Harz National Park is difficult to access, and there are also many dead spruce trees. Five firefighting helicopters helped fight the flames on Sunday.

The fire was discovered on Saturday around 2:30 p.m. on the so-called Goetheweg near the Goethebahnhof vantage point. The cause of the fire is still unclear. The Goetheweg to the Brocken is one of the most frequented hiking trails in the Harz National Park.

According to the Harz district, the burning forest area, which mainly contains dead spruce trees, had grown to around 150 hectares (1.5 square kilometers) on Sunday.

There is support from the Bundeswehr, the federal police, the state police of Saxony-Anhalt and Lower Saxony and the Federal Agency for Technical Relief (THW). The Ministry of the Interior in Magdeburg thanked everyone who is working tirelessly to contain the forest fire.

‹ ›
Keywords:
TexttospeechNewsteamHarzBrocken (Berg)WaldbrändeGoethewegItalienTHWNationalpark HarzNiedersachsenWaldbrandTechnische HilfswerkKrimiMagdeburgBundeswehrBrandverhalten
Your comment has been forwarded to the administrator for approval.×
Warning! Will constitute a criminal offense, illegal, threatening, offensive, insulting and swearing, derogatory, defamatory, vulgar, pornographic, indecent, personality rights, damaging or similar nature in the nature of all kinds of financial content, legal, criminal and administrative responsibility for the content of the sender member / members are belong.
Related News