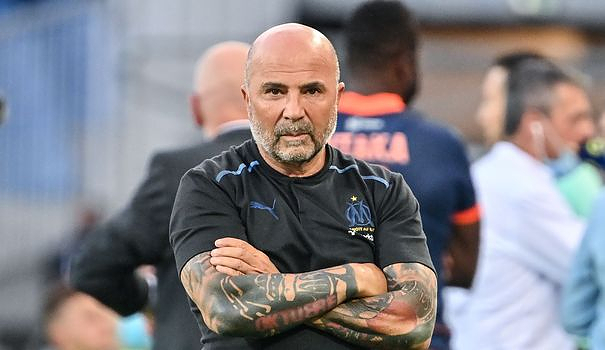 Sampaoli only spent one season with the Sevillian club, but this 2016/2017 exercise left fond memories for the supporters. Under the direction of the Argentinian technician, their team finished fourth in the Spanish championship and reached the knockout stages of the Champions League, eliminated by Leicester.

Also fourth in the last four La Liga seasons, Sevilla FC are currently only in 17th place, with only one victory in seven matches. The club also skates in C1 with two defeats and a draw in three days. With just one point, the Andalusians are third in their group behind Manchester City and Dortmund.

The slap received at home Wednesday in C1 against the Germans (4-1) was fatal to Lopetegui, sacked just after the meeting. The former Spain manager arrived in Seville in 2019 and led the club to victory in the Europa League in his first season.

To replace him, the leaders of Seville therefore recalled Sampaoli. In 2016, the club had already attracted the Argentinian, whose rating had jumped thanks to his good results with Chile. Tireless and seductive, the Chilean selection won the first Copa America in its history in 2015.

After his successful short stint in Andalusia, the technician flew to the aid of the Argentine selection, then in difficulty during qualifying for the 2018 World Cup. Under his leadership, the Albiceleste managed to qualify, but the elimination in the round of 16 of the tournament against the future French world champions put an end to his mandate.

Six years after the passage of his compatriot Marcelo Bielsa in the Marseille club, Sampaoli also marked the spirits in Marseille. "El Loco" followed OM's matches sitting on a cooler, the fiery and tattooed Sampaoli paced around the edge of the field, shouting his instructions.

With OM, Sampaoli reached the semi-finals of the Europa League Conference, but above all managed to raise the club to second place in Ligue 1, synonymous with direct qualification for the C1. But Marseille's return to C1 was without him: the Argentinian resigned in early July, disappointed by a recruitment he did not consider ambitious enough.

With Sevilla, the course in the Champions League should be short-lived, given the classification of Sevilla. His team could console themselves by being transferred to the Europa League. A competition dear to the club which has won it six times (2006, 2007, 2014, 2015, 2016, 2020).

In the meantime, the Argentinian will have to raise the bar on Saturday with the delicate reception of Athletic Bilbao, current third in La Liga.