First the children died, then the grown-ups drank the poison cocktail 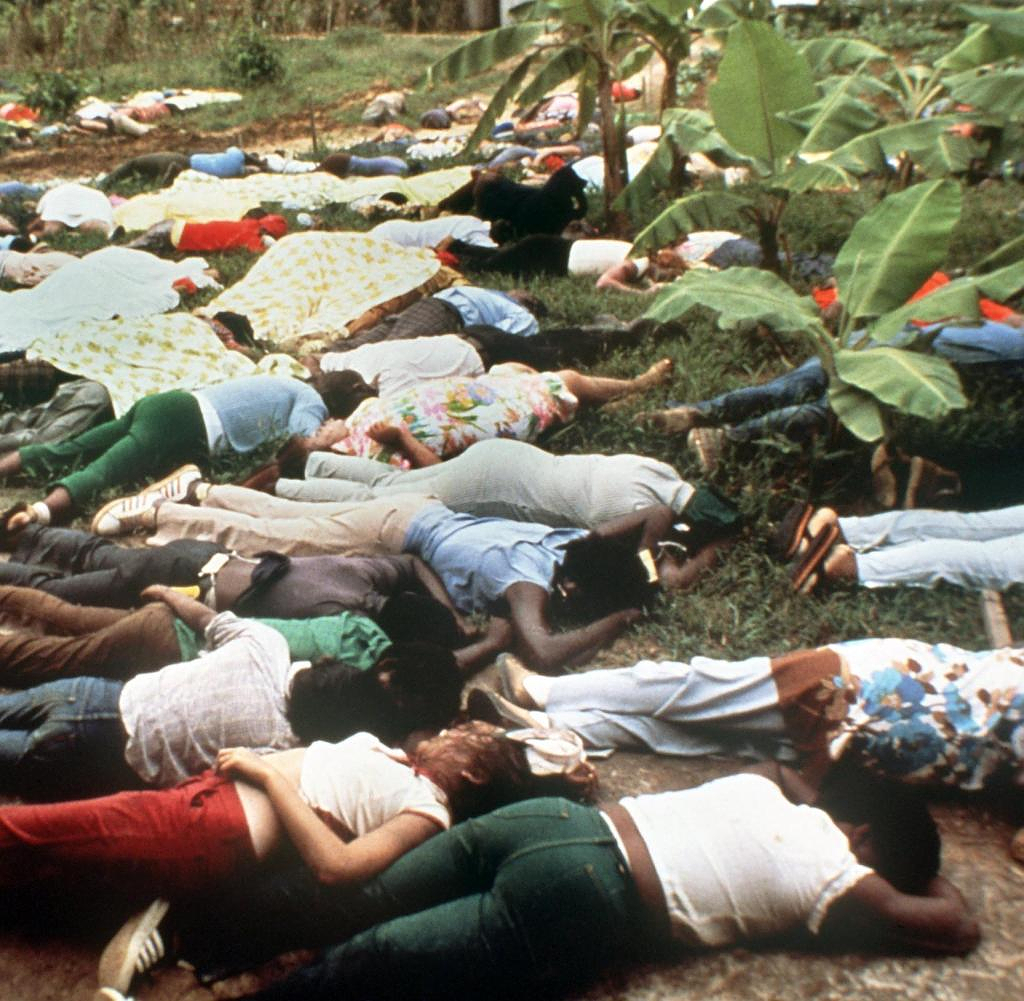 Followers who survived November 18, 1978 described Jim Jones (1931–1978) of Crete, Indiana as "a very humorous, engaging, helpful and sensitive person". Walter Mondale, US Vice President from 1977 to 1981, praised him for "solving the great social and legal problems in our country". And first lady Rosalynn Carter thanked him for "meeting during the campaign: I hope your suggestions can be considered in the near future."

Just a few months before November 18, Jim Jones was still considered an honorable philanthropist who not only prayed with his church for a change in circumstances, but also lent a hand with his followers. Until he got a visitor on November 17, 1978. Democratic Congressman Leo Ryan arrived with attorneys, 14 Peoples Temple family members, a camera crew and other reporters at Jones' Peoples Temple in the Guyana jungle.

A day later, fanatical supporters of the cult leader murdered Ryan and some of his companions. Jones subsequently forced his church members to commit collective suicide. Between 909 and 913 members of the temple died, including its leader and 276 children. It was a massacre far exceeding in scale similar actions by sectarian fringe groups in the United States.

Without ever having received an appropriate education, Jones had accepted a pastorate in a Methodist church by the age of 19. In 1955 he founded his Peoples Temple in Indianapolis, which was characterized by social commitment. Because Jones campaigned for equal rights for African Americans in the civil rights movement, he won numerous supporters from the black ghettos.

After being ordained minister of the Methodist Church in 1964, Jones moved with select church members to the California desert, claiming he could survive the approaching nuclear war. It was there that rumors began to circulate that the Peoples Temple wasn't quite the paradise on earth it claimed to be.

In fact, Jones demanded not only loyalty but absolute obedience from his followers. This included that assets had to be delivered to "Father Jones". The assets of the People's Church were estimated at 15 million dollars, in real estate and accounts. There was talk of drug excesses. As proof of their unconditional fidelity, the Guru demanded that women and men should always be at his sexual service. Anyone who resisted was threatened with flogging.

Before the authorities could bring themselves to put aside US principles of freedom of belief and take a closer look at the Temple sect, Jones escaped to Guyana. There he leased more than a thousand hectares of land and called it Jonestown. As in the early church, its people were there to derive their livelihood from nature with their bare hands and otherwise follow their "father" on the path to salvation.

But Jonestown was by no means the promised land. Its inhabitants were cut off from the outside world. Hunger, torture, rape were the order of the day. When a senior Temple official managed to escape to the United States, Congressman Ryan from California pricked up his ears. He took the complaints from relatives of those who disappeared in Jonestown seriously and decided to get to the bottom of the matter.

The team expected a friendly welcome. A reporter recalled: “We were offered coffee and later we were offered dinner. As the evening progressed, an excellent rock band played for us. The music was good, catchy, then young men and women from Jonestown sang for us, and there was a female comedian.”

Only a note that was passed to Ryan disturbed the good mood. "Please help us get out of Jonestown." The next day, Ryan confronted Jones about the call for help and other allegations, while his companions were denied access to parts of Jamestown. Finally, 16 parishioners plucked up courage and announced that they wanted to leave the country. With a grand gesture, Jones let her go.

Then events unfolded. First, Ryan was attacked by a Jones supporter with a knife. The injured man was able to make his way to the plane. But then some of Jones' guardsmen appeared and opened fire. Ryan, three members of the media and a Jonestown dropout were killed.

Then Jones ordered his church to assemble. "If we are not allowed to live in peace, let us at least die in peace. Death is just a transition to another level,” he explained to his dismayed followers. Then the poison - a mixture of Valium and potassium cyanide - dissolved in lemonade was distributed.

First the children died, then the adults. They knew what to do. There had been repeated suicide exercises before. Those who refused faced Jones's fanatical private guard and their rifles. Only a few survived because they could flee into the jungle or did service at outposts.

‹ ›
Keywords:
SektenSelbstmordeJonesJim (Sektenführer)TexttospeechJim JonesGuyanaJonestownRosalynn CarterIndianaWalter MondaleFacebookLeo RyanUSAKalifornienKrimi
Your comment has been forwarded to the administrator for approval.×
Warning! Will constitute a criminal offense, illegal, threatening, offensive, insulting and swearing, derogatory, defamatory, vulgar, pornographic, indecent, personality rights, damaging or similar nature in the nature of all kinds of financial content, legal, criminal and administrative responsibility for the content of the sender member / members are belong.
Related News