The City Council of Peal de Becerro, (Jaen), is promoting programming to celebrate the centenary of Toya's declaration of the Sepulchral Chamber of Toya Historical Artistic Monument. 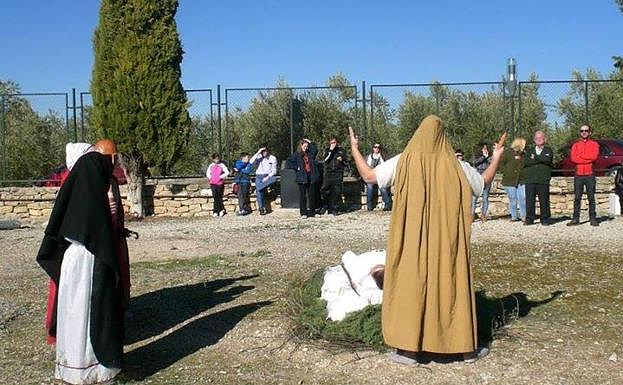 The City Council of Peal de Becerro, (Jaen), is promoting programming to celebrate the centenary of Toya's declaration of the Sepulchral Chamber of Toya Historical Artistic Monument. It will be ending with the prediction of repeating the "success", as demonstrated in the proposals made since April last year.

Europa Press was informed of this by Ana Dolores Rubia the mayor. She highlighted the "important package", which includes an exhibition at the Iberian Museum, in the capital.

It can be viewed with the title "Toya: One Hundred Years of a Monument, a Century of Iberian Archaeology" and it is not as far away from October as originally planned. This is because "it was delayed a little for administrative reasons".

The mayor stated that the exhibition will take the form of a cube in order to recreate the shape and size of the chamber. He also mentioned that a book would be published in reference to the centenary.

After traversing the Iberian Museum the exhibition will arrive at Peal de Becerro. Later, it will be able to stop in the towns along the Journey to the Time of the Iberians route.

On October 31, the nocturnal visit "Night of oil lamps" will be performed at the Interpretation Centre of the Princely Tombs as well as the Sepulchral Court of Toya. There will also be visits in November. Rubia pointed out a theatrical one about the burial rite entitled 'Burying the Prince of Tugia’.

For December, activities for the family were planned, including the workshop to create the Chamber and learn about Iberian customs, and the premiere of Manuel Antonio Herrera's suite for band or choir, which was composed in celebration of the Ubetense composer.

The twinning of Jaen's town with Calaceite and Galera (Granada), which are "because of their Iberian cultural links to Peal", is also pending.

"The programming was ambitious, and all the objectives have been met. This is the last stretch, and we hope it will be the same success. Rubia spoke about a centenary with the participation of the Provincial Council and the Andalusian government, as well as the University of Jaen, and the collaboration of other entities like the National Archaeological Museum, the Caja Rural de Jaen Foundation, or the Friends of the Iberians Association.

There have been several initiatives, including conferences at the National Archaeological Museum and an international archeology Congress on Iberian Necropolises. The proceedings are currently being drafted at UJA.

Jose Garcia Pernazas discovered the Sepulchral Chamber of Toya in 1908. A decade later, Juan Cabre, an archaeologist, produced a detailed report which served to request protection. .

It was thus declared a Historic-Artistic Monument on June 10, 1918 by a royal decree from Alfonso XIII. This made it the first archaeological site in Jaen to receive this administrative protection.

‹ ›
Keywords:
CentenarioCamaraToyaMonumentoHistoricoEncaraRectaFinal
Your comment has been forwarded to the administrator for approval.×
Warning! Will constitute a criminal offense, illegal, threatening, offensive, insulting and swearing, derogatory, defamatory, vulgar, pornographic, indecent, personality rights, damaging or similar nature in the nature of all kinds of financial content, legal, criminal and administrative responsibility for the content of the sender member / members are belong.
Related News