Essonne: a hospital center targeted by a cyberattack, its services severely disrupted

A ransom demand of 10 million dollars, formulated in English, was demanded by the hacker or hackers, a police source told AFP. 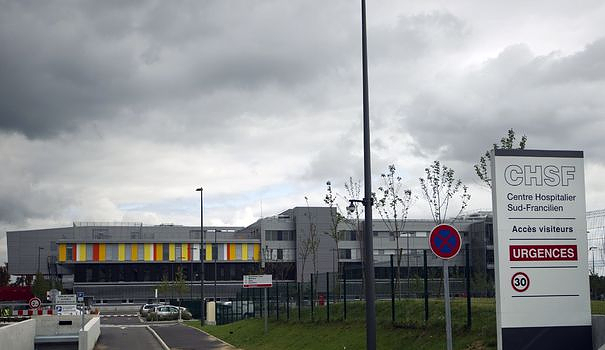 A ransom demand of 10 million dollars, formulated in English, was demanded by the hacker or hackers, a police source told AFP.

An investigation for intrusion into the computer system and for attempted extortion in an organized gang has been opened to the cybercrime section of the Paris prosecutor's office, he said.

The investigations were entrusted to the gendarmes of the Center for the Fight against Digital Crime (C3N), added the prosecution.

The Essonne hospital launched a white plan on Sunday. This attack makes "for the time being inaccessible all the hospital's business software, the storage systems (in particular medical imaging) and the information system relating to patient admissions", indicates the establishment in a communicated.

The National Authority for the Security and Defense of Information Systems (ANSSI) was "quickly seized by the crisis unit", he added.

According to a close source, "a family of ransomware has been identified".

Patients whose care requires access to the technical platform are redirected to public hospitals in Ile-de-France. Those presenting spontaneously to the emergency room "are assessed and then possibly sent to the medical care center of the Sud Francilien hospital center", according to the press release.

For patients hospitalized at the CHSF, "the medico-technical services (in particular medical biology) are able to work in the short term in degraded mode".

The establishment "does everything to maintain outpatient care", he promises, but "on the other hand, this exceptional situation should have an impact on the activity of the operating room".

"This attack does not impact the operation and security of the hospital building", reassures the hospital center which specifies that "all networks remain in operation (telephone with the exception of fax, automated distribution flows, etc.)."

Contacted by AFP, the management declined to comment on this text.

In April 2022, a cyberattack against the information system of the Groupement Hospitalier de Territoire (GHT) Coeur Grand Est had affected nine establishments and in March, a hospital in Ajaccio had also been the victim of a “ransomware-type cyberattack” .