Entangled in business, Nupes bets on the march of October 16 to revive

"For a month, the left has only existed through scandal. 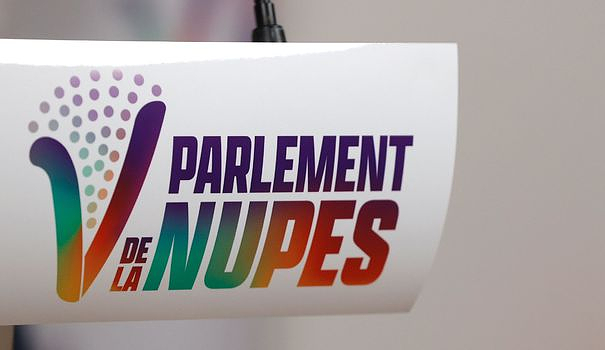 "For a month, the left has only existed through scandal. Frankly, the voters are right to find us useless", annoys an elected EELV, who can no longer take the sequences which "pollute the debate".

For her, "there is a kind of militant depression", while her party is hit by the Julien Bayou affair, forced to leave his post as national secretary after his colleague, MP Sandrine Rousseau, accused him of psychological violence on his ex-companion, which he denies, denouncing "an instrumentalization".

At LFI, where the deputy of the North Adrien Quatennens withdrew from the coordination of the movement after having recognized violence against his wife, the feeling is identical. And Mélenchon's tweet, hailing the "courage" of his right arm without mentioning the fate of his companion, then the words of deputy Manuel Bompard qualifying the seriousness of the facts committed, reinforced the unease.

“It is clear that it is bad for us and for Nupes at the moment. The government is very happy that its main social opposition is entangled”, remarks an elected LFI. The majority hit the nail on Tuesday in the Assembly, denouncing through the voice of Aurore Bergé, the "men who hit their wives".

And the communist leader Fabien Roussel put a coin in the machine by demanding that the deputy from the North leave his post.

At the PS, we also blame the blow of this sequence: "it gives an execrable image of politics and it dodges the real subjects. We have to talk about everyday problems again", admits a manager.

In the meantime, "the small sentences" of each other leave traces. The words of the ecologist Sandrine Rousseau on the "virilism" of barbecues "do not speak to all of France", deplores a member of Nupes.

And those of Fabien Roussel, on "the left of work and not those of the allowances", "divided. They get rid of Roussel, for me it only brings nuisance", tackles an environmentalist.

A PS deputy, however, wants to believe that things are improving. He notes that LFI MP Raquel Garrido had to withdraw, under pressure from the PS, a particularly critical tweet about former PS president François Hollande. “We are setting up collective regulatory procedures,” he says.

But habits die hard. On Monday, the PS and Sandrine Rousseau had a few poisonous exchanges on Twitter to find out who had been booed during the demonstration in support of Iranian women.

In the hemicycle, "the reality is that they are totally united at the time of the votes", notes moreover a framework of the majority.

And on the ground, "people don't talk to us about these cases", adds an LFI deputy, "they are about pensions, energy prices". "I would not have said that 15 days ago, but I think we will end up being audible", "especially with the march of October 16", to which LFI, the PS, EELV and other organizations call from the left.

For him, "it's a great opportunity to have the whole Nupes against Macron" and "his pension reform".

"The challenge of the march is to give people who are suffering a political outlet", abounds the PS deputy Philippe Brun, because "the budget presented by the government will not allow the French to spend the winter".

Another EELV deputy "thinks it can work. Mélenchon plays big but he can still manage to put people on the street".

But an EELV executive already admits not wanting to go: "Nobody wants to take the photo between Jean-Luc Mélenchon and Manuel Bompard".