More than 260 people, sometimes from Australia or Russia, have taken the stand since September 20 to tell the court the "atrocity" of what they have experienced, their "shattered" life since the attack or to express the feeling of "guilt" of the survivor. 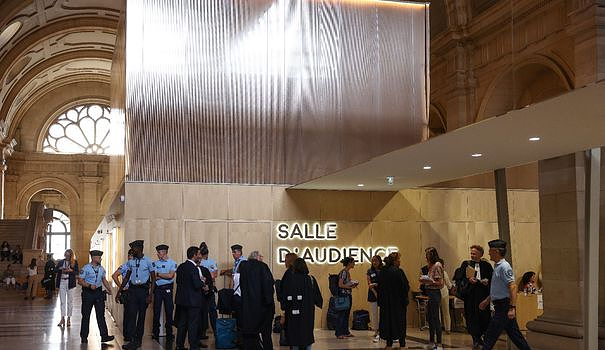 More than 260 people, sometimes from Australia or Russia, have taken the stand since September 20 to tell the court the "atrocity" of what they have experienced, their "shattered" life since the attack or to express the feeling of "guilt" of the survivor.

Four last witnesses and representatives of associations for the defense of victims of attacks concluded the cycle started five weeks ago.

"In 30 years at the bar, I have never seen so much suffering as at this bar," said Méhana Mouhou, civil party lawyer, who was also at the trial of the November 13 attacks.

Two points of tension emerged from the depositions: the organ removals carried out on victims without informing the families and the security device on the Promenade des Anglais the evening of the attack which left 86 dead.

Among the highlights, we will remember the moving testimony of Anne Gourvès, a teacher whose 12-year-old daughter, Amie, died shortly after arriving at the hospital, or that of Samira who lost Yanis, her four-year-old son. and a half years.

All of the victims who died in hospital were autopsied and their organs removed. "They massacred my child. My daughter was murdered twice. By a madman, then by an autopsy," said Ms. Gourvès at the bar.

"He was handsome, my son, he died with a smile. We carried his bloody body to the aid station. The firefighters tried in vain to revive him," Samira said, without knowing that this medical gesture was part of the medical procedure. criteria used by the prosecution to order an autopsy. "They cut him open from head to toe. We weren't informed that there had been an autopsy on our child."

Cited at the bar, François Molins, one of the highest French magistrates, at the time public prosecutor of Paris in charge of terrorism cases, spoke of "a form of excess of zeal" of the medical institute. Nice law in its way of carrying out organ harvesting.

Fourteen victims underwent this mass organ harvesting. Families only learned of it at the hearing.

Were there flaws in the security of the Promenade des Anglais on the evening of July 14, 2016? Many civil parties affirmed this at the bar.

"What will your death have changed? Plots (in concrete) on the Promenade des Anglais. It's good to have thought about it, now that you're gone," said Margaux Dariste bitterly. Her daughter Léana, the youngest victim of the attack, was two and a half years old.

The question is haunting. How was Mohamed Lahouaiej-Bouhlel able to carry out ten scouting trips on the Promenade with his 19-tonne truck without being worried? How was he able to ride freely on a public holiday on the Promenade to implement his criminal project, asked himself in substance Philippe Murris, whose daughter Camille died in the attack.

"There has been no relaxation" in security, assured the helm of former President François Hollande and Bernard Cazeneuve, former Minister of the Interior. In a river deposition, the mayor of Nice Christian Estrosi categorically denied any failure in the implementation of the security system on the Promenade.

"Today like yesterday, nothing would prevent a truck in the hands of a determined terrorist from attacking the crowd," he said, provoking sighs on the benches of the civil parties.

Today deputy (Horizons) of the Alpes-Maritimes and mayor of Nice at the time of the facts, Philippe Pradal showed more compassion. “To say today, at this bar, that everything worked would be an insult to the memory of the victims. We must recognize a failure,” he admitted.

The search for possible security breaches has been the subject of a judicial investigation in Nice since December 2016, but this has stalled.