Elections in Angola: the outgoing president in the lead, historically close ballot

With more than 86% of the votes counted, the MPLA, the former all-powerful single party at the head of the country since 1975, is in the lead with 52. 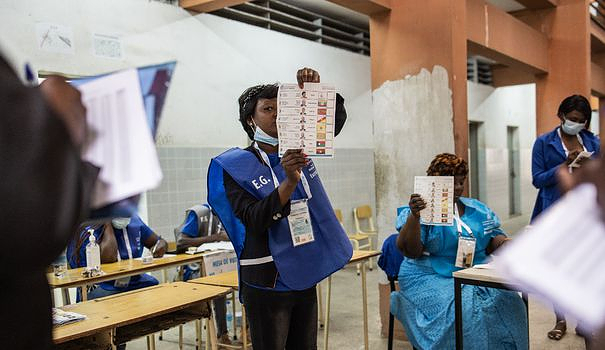 With more than 86% of the votes counted, the MPLA, the former all-powerful single party at the head of the country since 1975, is in the lead with 52.08% of the votes, according to the electoral commission.

But the opposition is on the way to achieving a historic score: the National Union for the Total Independence of Angola (Unita) has won 42.98% of the vote so far. The former rebel movement, which brings together a disenchanted youth and those forgotten by growth, already has a majority in the capital Luanda, with more than 77% of the vote.

There is no presidential election in Angola. According to the Constitution, the head of the list of the party which wins the legislative elections is invested as Head of State.

Observers had announced a tight ballot, even if the outgoing president Joao Lourenço, 68, was the favorite. The Popular Movement for the Liberation of Angola (MPLA) is increasingly unpopular, in a country rich in natural resources but plunged into serious economic difficulties.

Reinvigorated in recent years by a leader, Adalberto Costa Junior, 60, the opposition has broadened its base by joining forces with other parties. Last night, opposition representatives declared themselves "confident" and "calm".

"We are waiting for the real results, I still have hope," José Vieira Manuel, 28, an engineer in the capital Luanda and a Unita supporter, told AFP.

On promises of reform, the opponent reputed to be a good orator seduces an urban youth less attached to the MPLA than his elders and who inherited a country undermined by decades of corruption under the presidency of José Eduardo dos Santos (1979-2017).

Those aged 10 to 24 represent a third of the population, according to United Nations data.

Died last month in Spain, Mr. dos Santos is accused of having embezzled billions for the benefit of his relatives. He is to be buried on Sunday.

But with a party in power that controls the electoral process and the public media, the opposition and part of public opinion feared the possibility of fraud.

"The electoral commission is an accomplice of the MPLA. The country is not going to change, it's always the same story," said Jorge, 40, a mechanic.

Some 14.4 million voters were called to vote on Wednesday, with no incidents reported.

Attendance figures have not yet been released. But some polling stations, completely empty, closed before the end of the ballot set at 5:00 p.m. GMT, AFP journalists noted. Counting began Wednesday evening.

In 2017, the MPLA won a comfortable victory with 61% of the vote. The party had won 150 of the 220 seats in parliament, more than two-thirds needed to push through its bills without the support of another party.

Pure product of the party nourished with Marxism-Leninism, Joao Lourenço had become president. He surprised by freeing himself from the system with a vast anti-corruption campaign and carried out reforms, hailed abroad, to get out of an economy dependent on oil.

But for many of the 33 million Angolans, not all promises have been kept. Galloping inflation, severe drought, unemployment and the high cost of living are fueling discontent in the former Portuguese colony, which remains one of the poorest countries on the continent.