"Following my declaration of assets, the High Authority for the Transparency of Public Life told me that it considered it undervalued," she said in a statement. 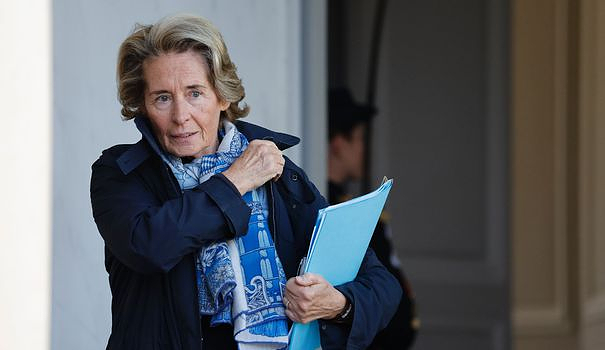 "Following my declaration of assets, the High Authority for the Transparency of Public Life told me that it considered it undervalued," she said in a statement.

She claims to have "taken into account her observations" and to have "aligned" but, "despite this, the High Authority for the transparency of public life persists in questioning my sincerity".

The 74-year-old former mayor of Beauvais therefore explains that he decided to resign "in order not to hinder the action of the government".

The Élysée had previously announced that it had terminated the functions of Ms. Cayeux "at her request", and specified that her powers would be taken over by her colleague in charge of Rurality, Dominique Faure. The latter rose from the rank of Secretary of State to that of Minister Delegate.

The HATVP, contacted by AFP, indicated that it would not communicate immediately, pending the meeting of its college on Tuesday.

Ex-figure of the RPR, the UMP then the LR, this representative according to her words of the "social right" had been the subject of a controversy since her arrival in the government, because of remarks dating from 2013. She had then called marriage for all and adoption for same-sex couples a "reform of whim and design that goes against nature".

Asked about this statement, Ms. Cayeux replied last July: "I obviously stand by my words. But I have always said that the law, if it were passed, I would apply it". Then added: "I must tell you all the same, I have a lot of friends among these people. Frankly, it's a bad trial that I'm being made and it upset me a lot".

The use of the term "these people", in reference to same-sex couples, had caused an outcry. Ms. Cayeux then declared "regret" past remarks "stupid and clumsy".

The oppositions were quick to be ironic about these new setbacks of the government.

"Quick as lightning this passage to the government! Decidedly the money and the Macronie, it's an endless story ...", mocked the vice-president RN of the National Assembly, Sébastien Chenu.

“Caroline Cayeux is resigning. Not for her LGBT-phobic remarks, which did not bother Macron, but following a disagreement with the HATVP on her declaration of assets. interest and opacity...", lamented LFI deputy Bastien Lachaud, as did his colleague Clémence Guetté, for whom "we can no longer see the end of Macronist scandals".

"The real question is: who has no trouble with the law or the HATVP in this government?", tweeted for his part the boss of the PS Olivier Faure.

She owed her portfolio to the Collectives to a good knowledge of their mysteries. When she arrived in government in July 2022, she was at the head of the National Agency for Territorial Cohesion (ANCT), a public establishment wanted by Emmanuel Macron to ensure coordination between the State and local authorities.

Politically, Ms. Cayeux displayed herself as an unfailing support for François Fillon during the UMP primary in 2012, then in the presidential election of 2017. She did not let go, despite the business.

It was in 2018 that she slammed the door of the Republicans, in disagreement with Laurent Wauquiez. Partisan rupture which had not prevented her from being re-elected in the first round of municipal elections in 2020 in Beauvais, under the various right label but supported by the Republic in March. She was an active supporter of Emmanuel Macron in the 2022 presidential election.

First a teacher, then head of a professional training organization, this English graduate, holder of a higher diploma in private international law, was born in Paris on November 1, 1948.