The Central American country did not stop there: President Daniel Ortega announced on Friday evening "no longer wanting relations with the interventionist government" of the Netherlands after his ambassador announced that The Hague was giving up to finance the construction of a hospital within the framework of the cooperation. 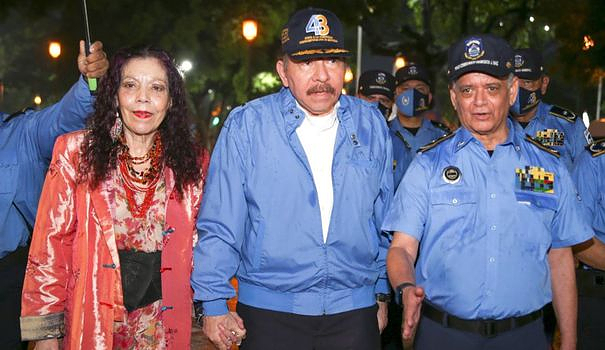 The Central American country did not stop there: President Daniel Ortega announced on Friday evening "no longer wanting relations with the interventionist government" of the Netherlands after his ambassador announced that The Hague was giving up to finance the construction of a hospital within the framework of the cooperation.

Dutch Ambassador Christine Pirenne, accredited to the government of Managua but based in Costa Rica, met Nicaraguan Foreign Minister Denis Moncada on Thursday to announce her government's decision.

Ms. Pirenne, who returned to Costa Rica on Friday, gave "a speech trampling on the dignity" of the Nicaraguan people, Mr. Ortega accused.

This decision comes the day after the notification to the ambassador of the European Union Bettina Muscheidt of her expulsion by the Minister of Foreign Affairs Denis Moncada. She is expected to leave the country on Saturday, according to diplomatic sources.

The Vatican's ambassador, Apostolic Nuncio Waldemar Sommertag, was expelled in March, a decision unprecedented in the world. The Vatican had expressed its "misunderstanding and regret".

The Holy See had recalled "its participation as a witness and accompanist at the table of the national dialogue between the government and the political opposition, with a view to the reconciliation of the country and the release of political prisoners", in an attempt to find a solution to the crisis opened by demonstrations in 2018 to demand the resignation of Mr. Ortega and Mrs. Murillo.

The crackdown left at least 355 dead, according to human rights organizations.

Bishop Sommertag has not, to date, been replaced in Managua.

President Ortega on Wednesday evening refused the outstretched hand of the pope, who insists on the need for "dialogue", describing the Catholic Church as "perfect dictatorship, perfect tyranny".

Also in March, the head of the mission of the International Committee of the Red Cross (ICRC) Thomas Ess was expelled, without explanation.

The following month, the office of the Organization of American States (OAS) was closed and its representative asked to leave the country. Already in December 2018, the delegation of the OAS Inter-American Commission on Human Rights (IACHR) was expelled.

Ms. Murillo invoked Friday the attitude of "interference" of the American diplomat.

"Mr. Hugo Rodriguez, we repeat, will not be admitted to Nicaragua under any circumstances (...) Let these gentlemen, the imperialists, take it for granted: here, Hugo Rodriguez will not enter", declared Mrs. Murillo, who read a note from the Ministry of Foreign Affairs in a communication to the official media.

The Nicaraguan Ministry of Foreign Affairs points out that it warned Washington on July 28 that the appointment of Mr. Rodriguez as ambassador to Managua would not be accepted, because of his attitude of "significant interference, his disrespect, whose accreditation represented offence," after calling the Managua regime a "dictatorship" during his hearing before the U.S. Senate during the nomination process.

Commenting on the decision by the authorities in Managua, Ms. Murillo called Washington's decision to confirm the appointment of Mr. Rodriguez "unusual".

Daniel Ortega was re-elected for a fourth consecutive term in a ballot from which all his potential opponents of weight, arrested or forced into exile, were absent.

The international community has never ceased to condemn the regime's drift. The EU and the United States have imposed numerous sanctions against Nicaragua and regime figures over the past four years, citing in particular human rights violations.