Despite "pronounced hostility" not a special train for St. Pauli fans

No special train, no fan march: Before the high-risk game in the 2nd Bundesliga between FC Hansa Rostock and FC St. 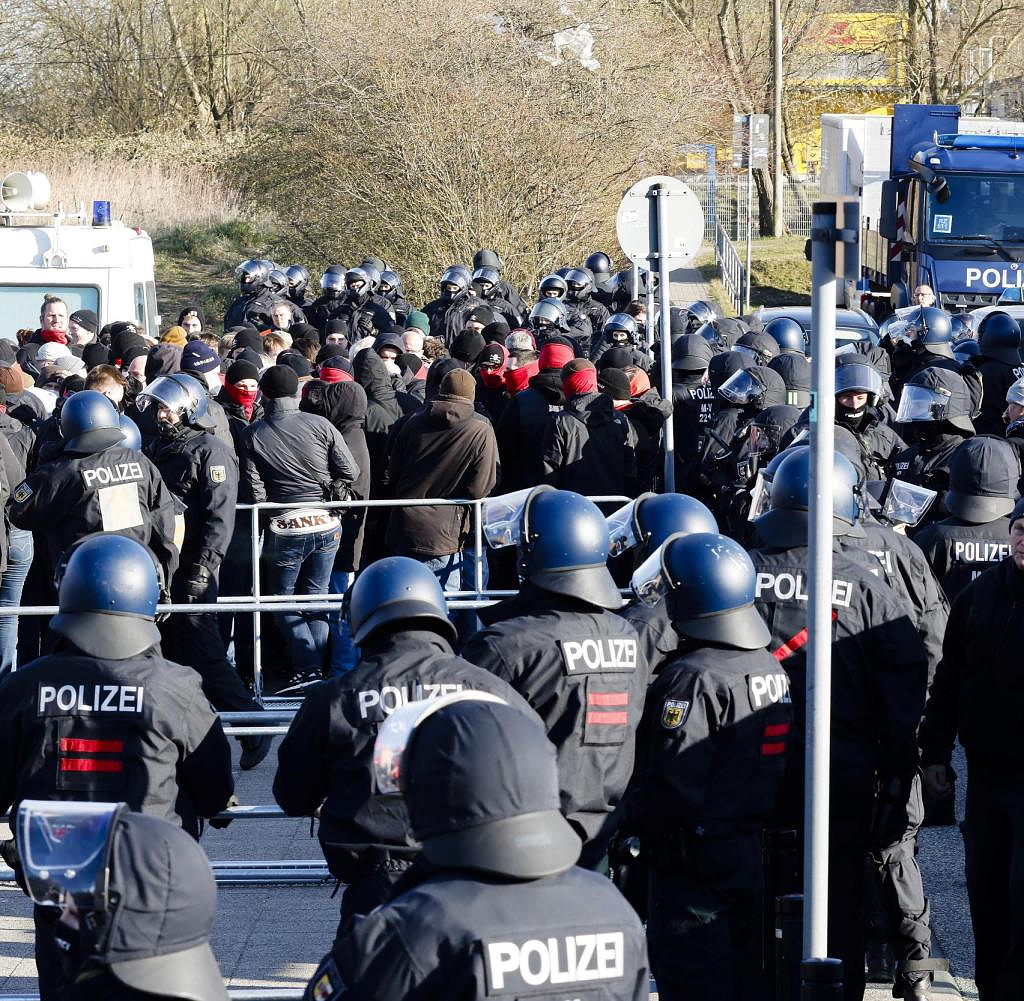 No special train, no fan march: Before the high-risk game in the 2nd Bundesliga between FC Hansa Rostock and FC St. Pauli (Sunday, 1.30 p.m. / Sky), the arrival of the guest fans causes explosives. Accordingly, some of the up to 3,000 expected St. Pauli supporters planned to travel to Rostock by special train. Deutsche Bahn has rejected this plan. “We would have liked to have provided the St. Pauli fans with a special train, just like last season. Unfortunately, in this game it's not possible. All capacities are in use nationwide," said a railway spokeswoman for the "Ostsee-Zeitung", referring to the high utilization of their trains with the nine-euro ticket.

The "Fanladen St. Pauli" had previously pointed out the failed efforts to organize a special train. “We tried to get support from Deutsche Bahn and the Federal Police. Unfortunately, these efforts were not marked by success,” said the fan project's website.

FC St. Pauli also voiced strong criticism of the lack of support. "For us it is incomprehensible that it should not be possible to use at least one relief train on an away journey of less than 200 kilometers so that our fans can travel safely to Rostock," said President Oke Göttlich of the NDR. As an association, you expect, despite all the foreseeable problems, that a safe journey will be made possible for everyone.

In order to defuse the arrival situation, FC Hansa announced that Deutsche Bahn would use a relief train within Mecklenburg-Western Pomerania on Sunday. In addition, the federal police want to mobilize a large number of additional forces on the day of the match in order to "ensure the safety of all train passengers".

The actually planned march of the St. Pauli fans through Rostock will probably not take place either. "We're sticking to our tactics and want to take all the guests from the main train station to the stadium in buses. That's how we communicate it clearly to the fans from Hamburg," explained Rostock's police chief Achim Segebarth. He also promised to organize the arrival and departure better than in the last duel between the two clubs at the end of October 2021. Back then, St. Pauli fans had to wait a long time behind the guest block for shuttle buses when they left. Firecrackers flew, water cannons were used. Afterwards there was harsh criticism of the police operation.

“The long wait was not entirely unproblematic from the police point of view. But we learned our lessons from it,” admitted Segebarth. Ultimately, all security forces involved are prepared for the risky game. “Nothing has changed in the starting position. There is a pronounced animosity between the fan camps of both clubs," emphasized the 48-year-old Rostock police chief.

But there is also quieter news from FC St. Pauli: Oke Göttlich is still on the presidency of the German Football League. The president was unanimously elected to the executive committee by all 18 second division clubs at the DFL general assembly in Dortmund on Wednesday as a representative of the second division. The 46-year-old has been on the DFL Executive Committee since 2019.

‹ ›
Keywords:
TexttospeechHamburgLauterbachJörnFC St. PauliFußballFC Hansa RostockZweite LigaSonderzugPolizeiHamburger SV ZuvorBundesligaBahnFußballBundesligaOke GöttlichMusikHansa RostockDortmund
Your comment has been forwarded to the administrator for approval.×
Warning! Will constitute a criminal offense, illegal, threatening, offensive, insulting and swearing, derogatory, defamatory, vulgar, pornographic, indecent, personality rights, damaging or similar nature in the nature of all kinds of financial content, legal, criminal and administrative responsibility for the content of the sender member / members are belong.
Related News