The eighth wave settles in France. 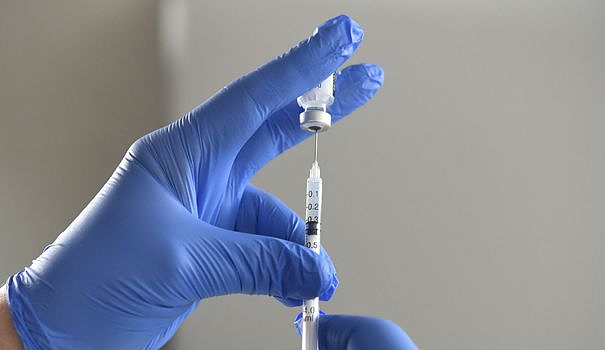 The eighth wave settles in France. The circulation of the Covid virus has continued to progress in France since the rebound that began in early September. In terms of health restrictions, the government does not plan to tighten the screw. The Minister of Health, François Braun, declared, on September 27 at the microphone of Franceinfo, that we had to “trust the French” adding that it was “more reasonable” to put on our mask when we were “one on the others

It must be said that the executive is betting everything on the vaccine strategy: to counter the progression of the virus, the new reminder campaign against Covid-19 begins, this Monday, October 3, with the new vaccines adapted to Omicron.

This new vaccination campaign will concern "fragile people, the over 60s, health professionals and people who are in contact with fragile people". In other words, immunocompromised people and their entourage, pregnant women (from the 1st trimester of pregnancy) or people with comorbidities.

This will not concern the general population, even if "of course, if you wish to be vaccinated, you can", specified the Minister of Health, François Braun.

The recall campaign is carried out with vaccines adapted to Omicron. These new messenger RNA vaccines are called "bivalent" because they target two strains of the Sars-Cov-2 virus: subvariants of Omicron in addition to the original strain of the virus that causes Covid-19 disease. For the High Authority for Health, they must be administered "preferentially" to "monovalent" vaccines (which only target one strain).

How were they created? For the serum offered by Moderna, it was made with Omicron's BA.1 strain. For its part, Pfizer offers two different bottles: one set up with the BA.1 strain and the other with the BA.4 and BA.5 strain. It should be noted that these bivalent vaccines have only received marketing authorization within the framework of the vaccine booster.

Monday, October 3, health professionals who have ordered Moderna vaccines will be able to administer it if they have already received the doses in question. It will take three more days, from October 6, for the vials of new generation Pfizer / BioNTech vaccines to arrive gradually, according to Le Parisien.

More than 500,000 doses have already been delivered in recent days. By November, 12 million doses will be available of these vaccines which have been adapted to the Omicron variant, says our colleagues from RTL.

Logistically, it will be possible to be vaccinated mainly in town, that is to say in pharmacies and at the doctor's, because very few vaccination centers have reopened. It is possible to make an appointment on the official website santé.fr, on Doctolib.

Thus, this new campaign of protection against Covid-19 should put the so-called first generation vaccines aside. However, stocks remain high, as recalled by L'Express in an article dated October 1. According to figures provided by the Directorate General of Health, France had the following reserves on September 27, 1.85 million bottles of Moderna and 1.7 million bottles of Pfizer. In total, just over 30 million doses of vaccines that can be injected. However, the classic vaccines should be useful until the new ones arrive, the time to establish the transition.

The start of the school year played a driving role in this resumption of the epidemic after it fell to a particularly low level at the end of August. "The progression of the circulation of SARS-CoV-2 continued on almost all of the metropolitan territory", summarized Public Health France in its epidemiological bulletin covering the period from September 19 to 25.

Still significant, the increase in contamination appeared less strong than the previous week. As of October 2, there were 37,453 daily cases, an increase of 19.4% from last Sunday. Another curve to watch: that of hospitalizations, which are also increasing now. In total, there are 14,554 beds occupied in hospitals for Covid-10, Friday September 30, against 12,961 a week before. On the same day, there were 685.9 daily hospital admissions over an average of seven days, compared to 431 on September 23. To this is added the number of deaths which continues to swell timidly (173 in hospitals from September 19 to 25, 5% over one week).

According to Public Health France, the incidence rate - number of Covid-19 patients per 100,000 inhabitants - amounts to 447.6, an increase of 35.2% in seven days. The departments of eastern France are among the territories most affected by the rapid circulation of the virus. Among the most affected, the Ardennes with an incidence rate set at 765.

In detail by age group, the incidence rate and that of positivity increase sharply in all adults aged at least 20, while they decrease in children.