Cooperativism is the key to a better world. 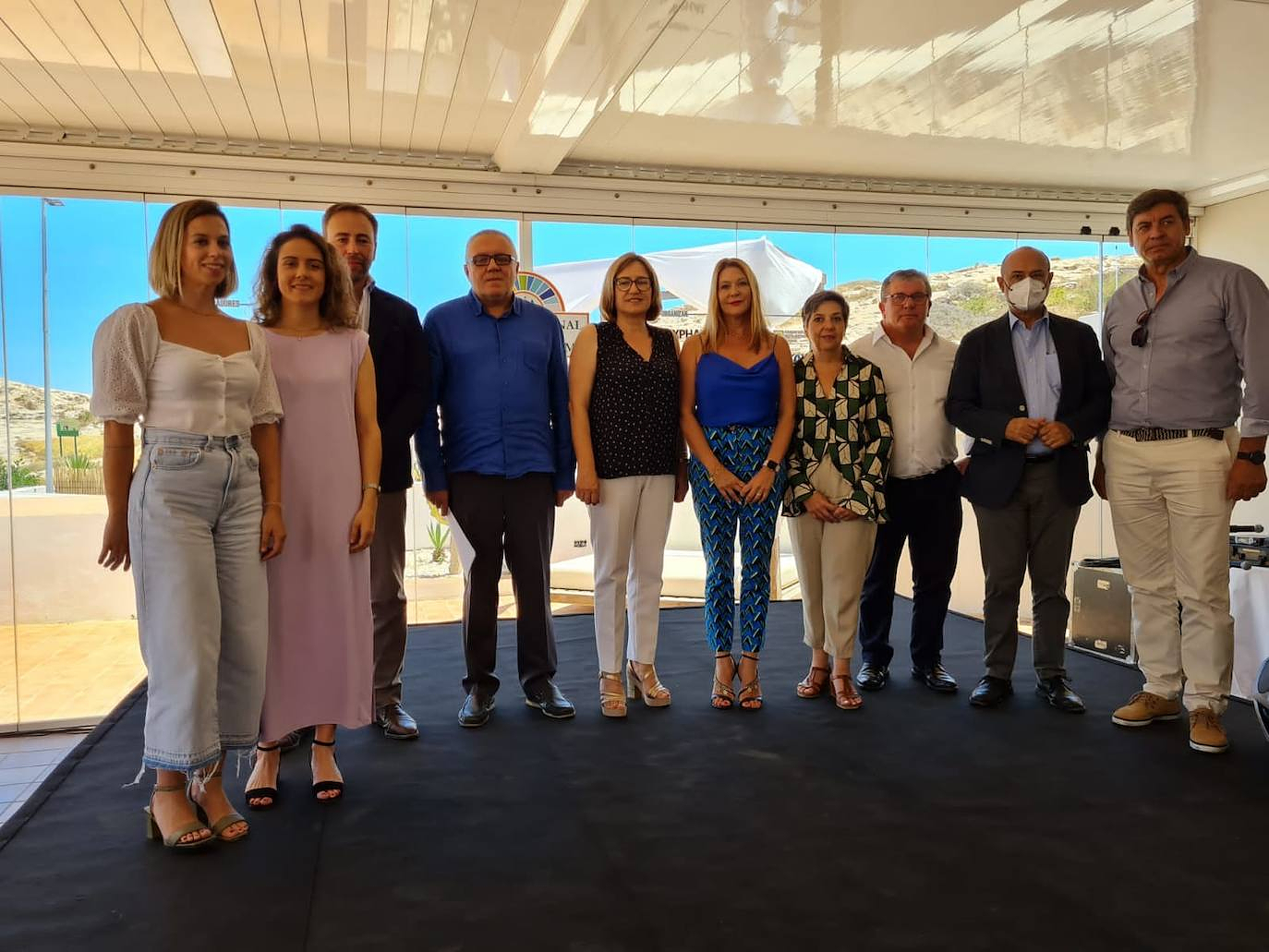 Almeria's agricultural sector knows well the advantages of cooperativism. This business model is based on values like democracy, equality and self-help. Yesterday's International Day of Cooperatives was celebrated at Hotel Los Escullos in Nijar. It is a beautiful setting, especially during summer.

Aproa, Coexphal and Cooperativas Agroalimentarias de Almeria selected this space to host an appointment. They wanted to convey a clear message: "Cooperatives create a better world." A meeting was held with the Spanish Association of Manufacturers of Containers and Packaging of Corrugated Cardboards (AFCO), which included its agricultural label UNIQ, Agrocolor and Cajamar. Also, Vidamar, the cooperative of social interest, and SUCA.

Esperanza Felices, the host mayor, opened the event by welcoming everyone. She highlighted the importance of cooperatives in the development of agriculture in the region and the quality jobs that they provide.

Juan Antonio Gonzalez Real, president of Coexphal, said that cooperatives have been more resilient than other companies in times of crisis. He acknowledged that there is "a lot uncertainty" in the current situation, pointing out high production costs, rising inflation, and unfair competition from third-party competitors, among other issues.

Maria del Mar Garcia Torres (vice-president of Faecta) next explained that cooperatives are companies that are committed to their environment. In Almeria specifically, she said that they facilitate the work and participation of over 3,000 people, 40% of whom are women. She stated, "We are and will continue to be part of cooperative businesses that generate wealth and, as this year's slogan demonstrates, we build an even better world."

Manuel Gomez, general director of Agricultural Production at the Ministry of Agriculture, Livestock, Fisheries and Sustainable Development, closed the first round of intervention. He stated that cooperatives are a source of economic growth and well-being within the territories. The Almeria cooperative model, which is a symbol of commitment, is synonymous with food safety during times as uncertain as these.

Eva Guzman Vazquez (partner in Coop Energias S. C. A, secretary of the Governing Board of Faecta) presented at the event. She gave a speech entitled Energy Communities: from consumer to producer'. Gabriel Trenzado (General Director of Agri-Food Cooperatives of Spain), addressed the challenges of agri-food co-operatives.

Agustin Herrero Gonzaga, director of Agrifood Cooperatives of Spain for his extraordinary career and dedication to cooperativism, Hermanos Vique S. C. A. and the Aferanta Neurorehabilitation Center S.C.A. were awarded cooperative recognitions for their 21-years of experience, work, effort, and professionalism as cooperative companies. The cooperative was established in June 2020 amid a pandemic.

Jeronimo Mlina was also presented with an Agri-Food Cooperatives badge for his contributions to Almeria's cooperative world. He also received a medal for the participation in yesterday’s meeting in Los Escullos.

‹ ›
Keywords:
ConstruirMundoMejorBasadoCooperativismo
Your comment has been forwarded to the administrator for approval.×
Warning! Will constitute a criminal offense, illegal, threatening, offensive, insulting and swearing, derogatory, defamatory, vulgar, pornographic, indecent, personality rights, damaging or similar nature in the nature of all kinds of financial content, legal, criminal and administrative responsibility for the content of the sender member / members are belong.
Related News