"Citizens' allowance is like a football game without yellow and red cards," complains Linnemann 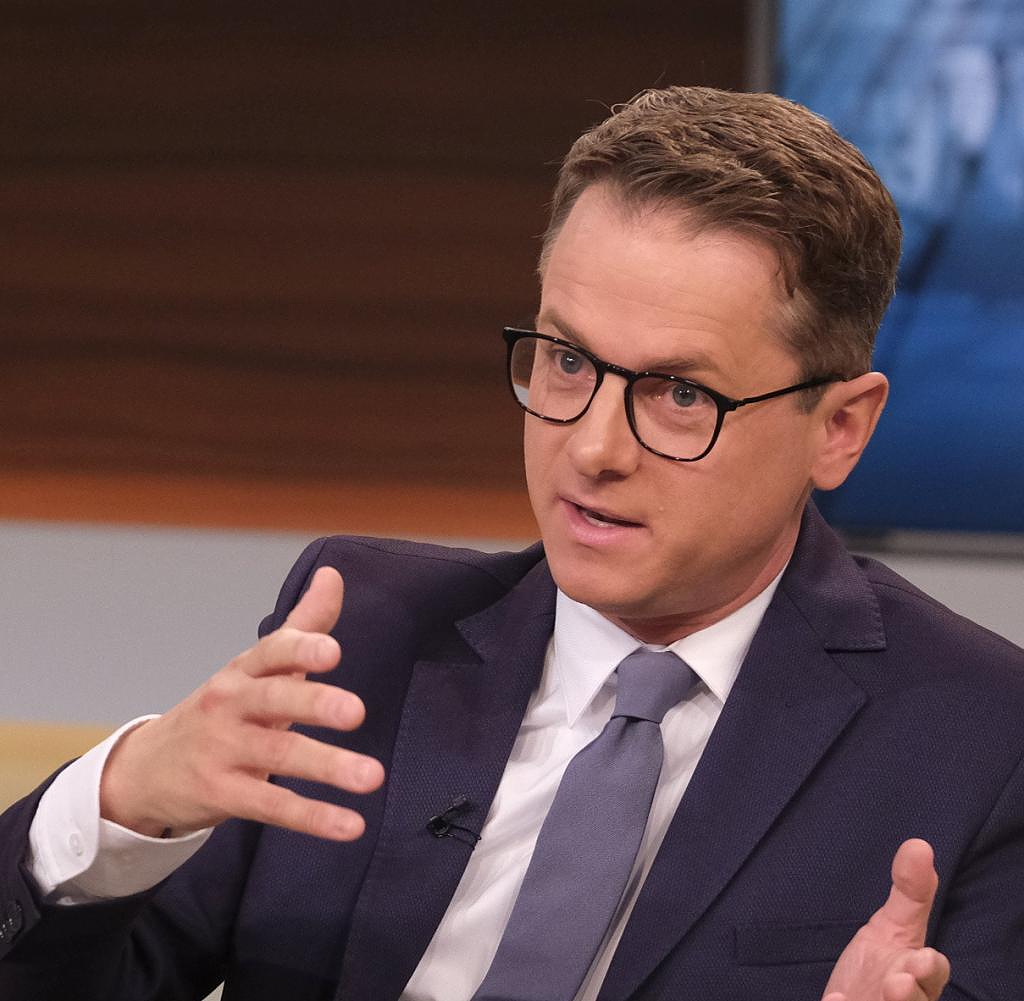 Politicians are still arguing about citizen income. The traffic light coalition wants to use it to replace Hartz IV, and the Bundestag has passed a corresponding law. But for it to come into force, the Federal Council must agree this Monday. Several prime ministers of the Union are threatening a blockade. Bavaria's Prime Minister Markus Söder called the citizen's income "socially unjust and unfair" in the "Bild am Sonntag". CDU leader Friedrich Merz sees the federal government's project as a "path to an unconditional basic income," as he told WELT AM SONNTAG.

The dispute between the opposition and the government was followed on Sunday evening by Anne Will on the ARD program. The CDU member of the Bundestag, Carsten Linnemann, and the SPD general secretary, Kevin Kühnert, clashed there as representatives. Kühnert accused the CDU man of having "a very bad image of man". He received support from the Berlin Senator for Social Affairs, Katja Kipping. The head of the Ifo Institute, Clemens Fuest, and the social worker Nele Thönnessen, who takes care of children from socially disadvantaged families, were also guests on the show.

Linnemann immediately went into full confrontation: "The problem is that the SPD wants to roll back the Agenda 2010 reform." Those who cannot work need support. If you don't want to work, you have to be told that you have to take jobs or continue your education. "But the fact that you are now saying that in the first six months there will be no sanctions, no yellow card, no red card for a breach of duty, that has nothing to do with the principle of the welfare state."

Linnemann was referring to the planned regulation that in the first half of the reference year cuts can only be made in absolutely exceptional cases, even if the benefit recipients do not cooperate with the authorities. The traffic light coalition refers to this as “time of trust”.

Kühnert explained that in the case of Hartz IV, sanctions had only been imposed on three percent of all recipients. He accused the CDU man: "You are willing to accept that the other 97 out of 100 unemployed people in Germany are portrayed as listless idiots." Linnemann shot back: "If there are three percent speeders, they are in the 70s - If you drive in zones 130, then you don't say: 97 percent stick to the rules, now we don't have to sanction the three percent. It's like a football game without yellow and red cards."

Thönnessen saw it similarly - even if the social worker was bothered by the concept of sanctions. "In working with young mothers and young fathers, I experience that there must of course be a slight pressure behind what to do," she reported. Families who have been receiving transfer payments for a long time are often "floating". An incentive is then needed to get out of this situation again.

"Sanctions get people to work faster, they have an effect," said Ifo boss Fuest. However, the work that these people then do is often unsustainable. "Are we really going to force people to take the first job that comes along? I would be skeptical about that, too,” said Fuest.

The German Trade Union Confederation (DGB) recently calculated how much money a family of four has at their disposal, in which one parent works full-time for the minimum wage. The DGB compared this sum with the basic income that such a family could count on after the reform. The result: if you work, your family will have 544 euros more per month than if you were receiving citizen income.

Kühnert drew the conclusion that the citizen's income was not an incentive to stop going to work. "There is no situation in Germany in which people who go to work - if they enforce the rights they have - end up having less than someone who receives citizen benefits," said the SPD politician. However, he did not address one central problem: the calculation only works if the family with the working parent also receives child allowance and housing benefit. Otherwise, according to the DGB, they would even have 273 euros less available than a family that receives citizen benefits.

"Then the applicants have to go to the office," Linnemann scolded, "many of them don't even go there - out of shame, out of ignorance, for whatever reason." In contrast to the citizen's income, there is also an asset test. Nobody in the group was able to really dispel the fear that those receiving citizen income could have more in their accounts than employees with minimum wage.

The problem also seems to be known to the job centers. Thönnessen reported on the father of a child she looks after. He is doing an apprenticeship and has applied for additional support from the office. The job center employee's answer was: "If we're being completely honest: It's not actually worth it for you to do this here. It would be easier if they received full transfer payments from next year."

"Change of power" is the WELT podcast with Dagmar Rosenfeld and Robin Alexander. Every Wednesday. You can subscribe to Apple Podcasts, Spotify, Amazon Music, Deezer, Google Podcasts or via RSS feed.