In view of climate change and increasing drought, the cities of North Rhine-Westphalia want to expand their range of free drinking water fountains in parks and pedestrian zones. 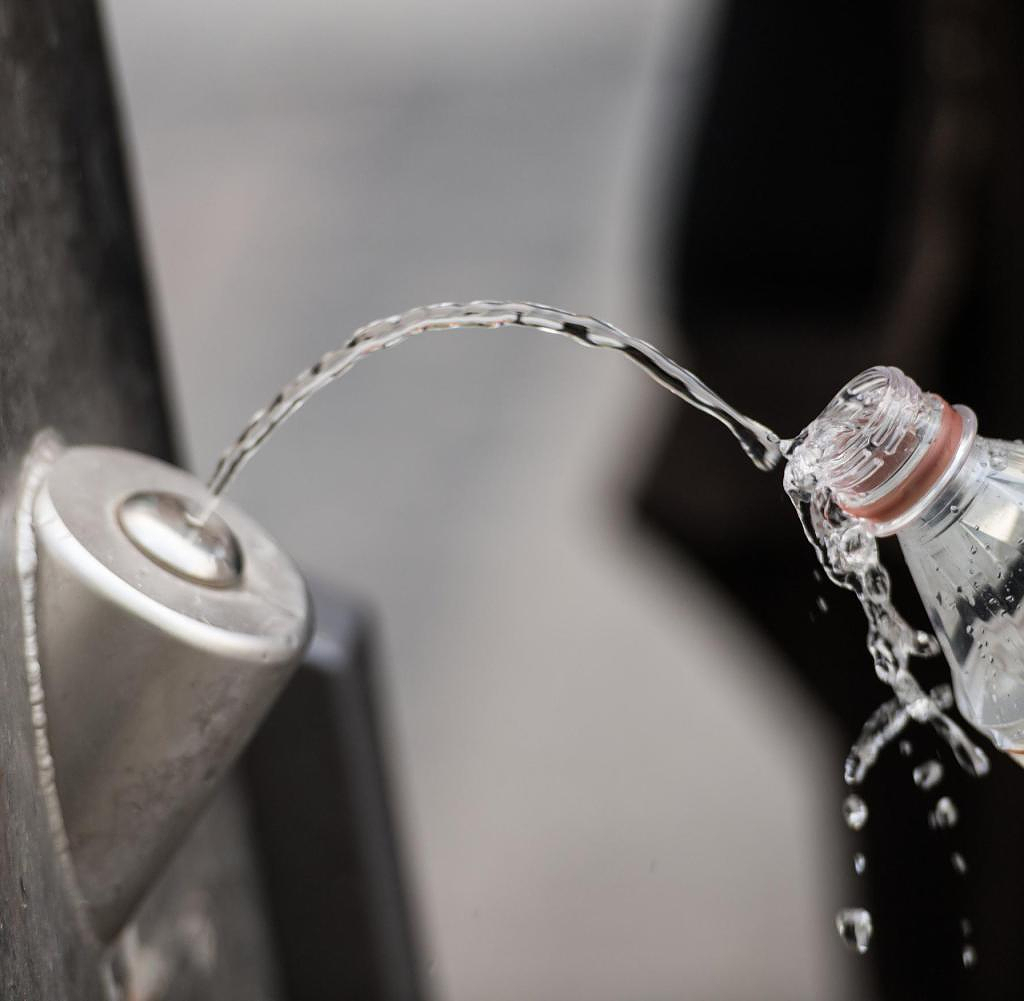 In view of climate change and increasing drought, the cities of North Rhine-Westphalia want to expand their range of free drinking water fountains in parks and pedestrian zones. But they are asking for help from the state to finance it. So far, the number of fountains has been very manageable: according to the NRW City Council, there are 13 drinking fountains in Cologne, 8 in Düsseldorf and 31 in Dortmund. According to a survey by the state in 2019, there were around 130 drinking fountains in public spaces throughout NRW.

“We want to create more drinking water points in the cities. They will not only provide good service in hot periods, ”said the managing director of the city day, Helmut Dedy, the German press agency. Wells made an "important contribution to better protecting people's health in the heat". So far, the state of North Rhine-Westphalia has supported the installation of drinking water fountains with a funding program over the past two years. "We expect the country to continue this funding," Dedy said.

On Wednesday of last week (10 August), the federal cabinet passed a draft law according to which cities and municipalities should set up more fountains nationwide. In the future, the offers should be part of the public water supply as standard and become mandatory for cities and communities. The municipalities themselves decide on the number and location of the wells.

According to the Federal Ministry, there are more than 1,300 public drinking water fountains throughout Germany. As a first step, cities and municipalities should now set up around 1,000 additional wells, it said.

North Rhine-Westphalia had offered a state program to support climate adaptation in municipalities since 2020. This enabled state funding for around 110 applications with a total volume of 12.5 million euros to be approved. Among other things, the unsealing of paved areas, the creation of troughs or retention areas for the infiltration and storage of rainwater, the planting of trees and shrubs and the greening of roofs and facades were promoted - and according to the city association, drinking water fountains as well.

The NRW Environment Ministry announced that the funds for this funding program had been exhausted. However, the aim remains to support the municipalities in becoming more climate-resilient. "Therefore, the Ministry of the Environment will continue to make funds available for the implementation of investment measures in the context of new calls for funding," the ministry said.

‹ ›
Keywords:
TexttospeechNordrheinWestfalenTrinkwasserBrunnenTrinkwasserbrunnenKarriereDüsseldorfKölnDortmundNRWHelmut Dedy
Your comment has been forwarded to the administrator for approval.×
Warning! Will constitute a criminal offense, illegal, threatening, offensive, insulting and swearing, derogatory, defamatory, vulgar, pornographic, indecent, personality rights, damaging or similar nature in the nature of all kinds of financial content, legal, criminal and administrative responsibility for the content of the sender member / members are belong.
Related News