A 49-year-old man drove his car into a group of revelers standing on the street in Rüsselsheim. 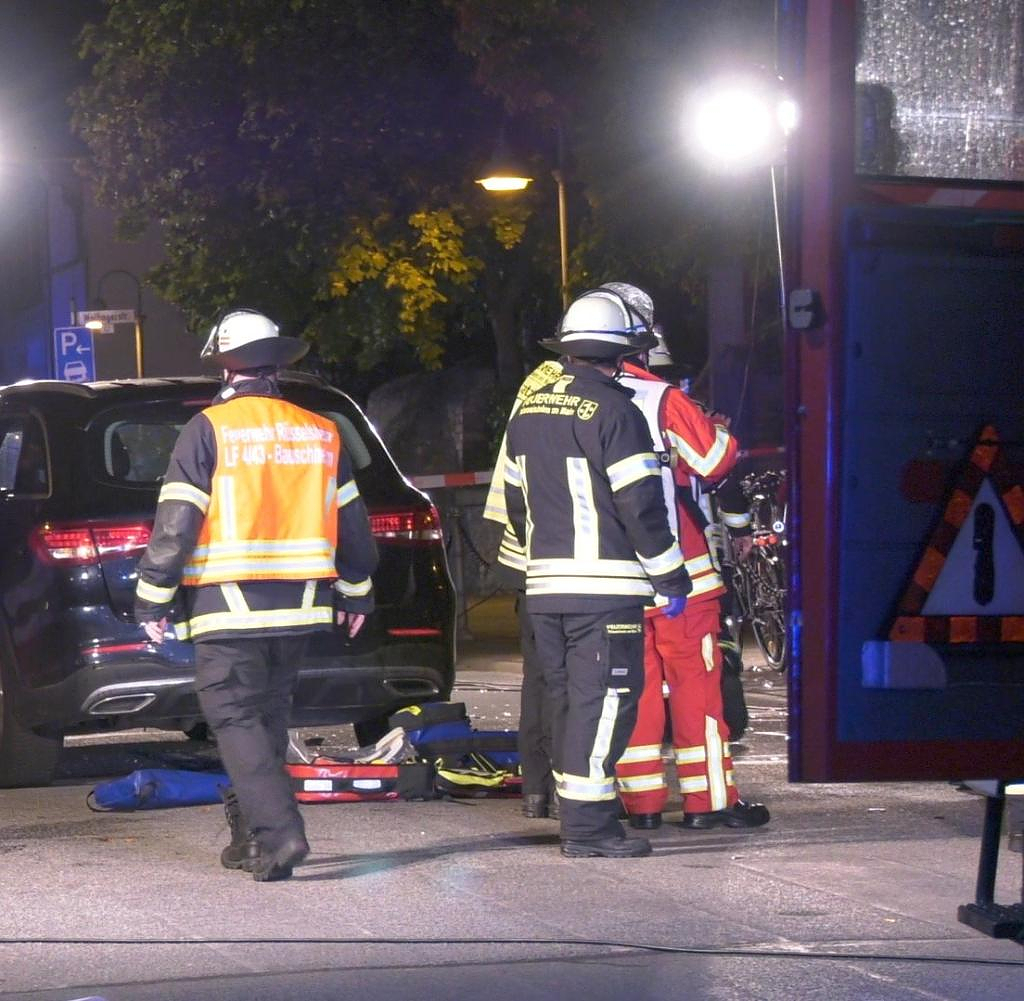 A 49-year-old man drove his car into a group of revelers standing on the street in Rüsselsheim. According to initial findings, five men aged 17, 22, 25, 27 and 39 were seriously injured in the accident on Saturday night, the police said on Saturday morning. Contrary to initial assumptions, none of the injured are in danger of life.

A 20-year-old was slightly injured, the driver was unharmed. A police spokesman said several other people were also in shock. More detailed information about the injured could not be given, also because some of those affected would have gone directly to the hospital. The police are looking for witnesses.

According to the police, people celebrated the curb (church fair) on Friday evening. A larger group was in the Bauschheim district outside of a restaurant, with some people also standing on the road.

According to initial findings, the driver was neither drunk nor driving too fast. The man probably didn't see the group or saw it too late, said the police spokesman. He assumes an accident. An expert was consulted.

‹ ›
Keywords:
NewsteamRüsselsheimUnfallopferPolizeiBauschheimKrimiUnfallHessenKerb
Your comment has been forwarded to the administrator for approval.×
Warning! Will constitute a criminal offense, illegal, threatening, offensive, insulting and swearing, derogatory, defamatory, vulgar, pornographic, indecent, personality rights, damaging or similar nature in the nature of all kinds of financial content, legal, criminal and administrative responsibility for the content of the sender member / members are belong.
Related News