A car drove into a pawn shop in the Harburg district of Hamburg. 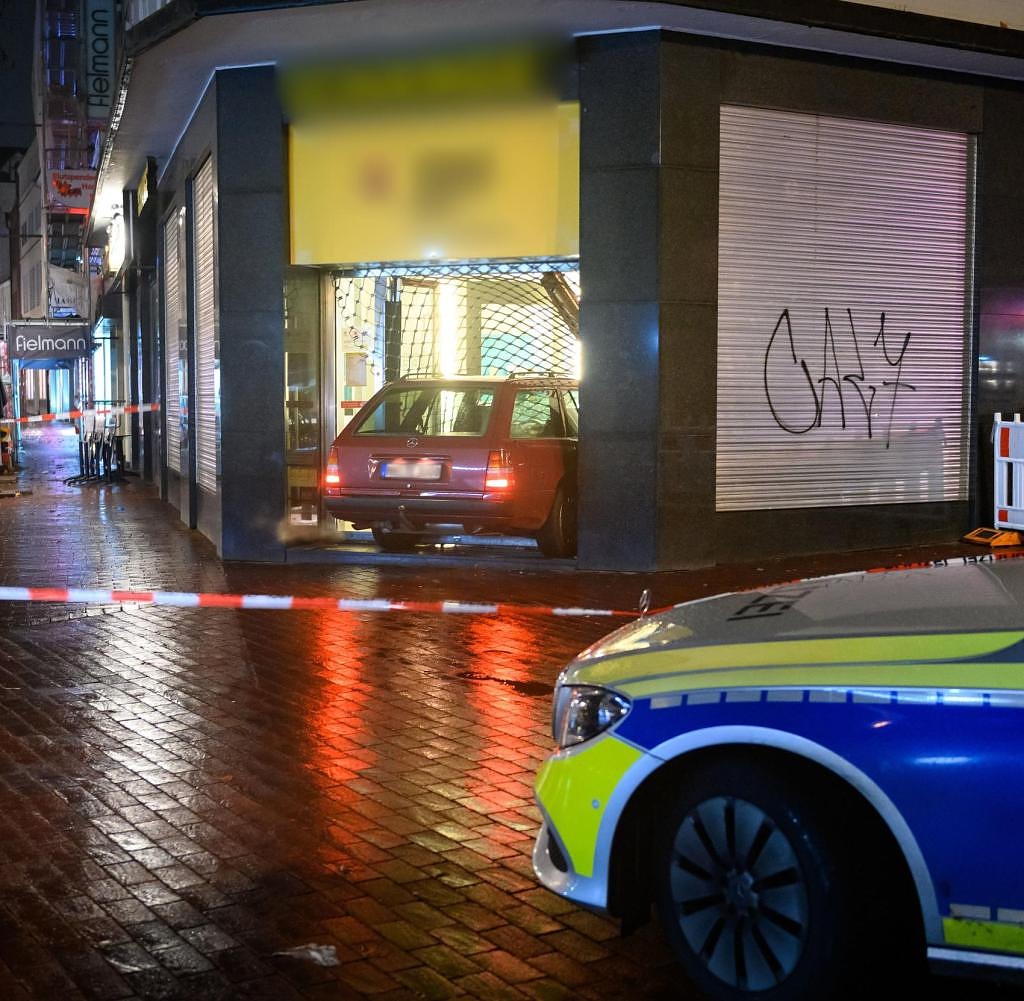 A car drove into a pawn shop in the Harburg district of Hamburg. The perpetrator or perpetrators are on the run, said a police spokeswoman early Thursday morning at the request of the German Press Agency. The manhunt is on. The spokeswoman did not initially give any further details.

Photos showed that most of the car was parked in the entrance area of ​​the pawn shop, which also offers currency exchange and jewelry services. A security grille was severely bent in the act on Wednesday evening. According to a dpa photographer, numerous police forces were deployed, including a helicopter and investigators from the State Criminal Police Office to secure evidence.

The vehicle had apparently become wedged in the shop window area and had to be recovered by a towing company. At first glance, the showcases were undamaged, and the perpetrators may have broken off without making any loot. There was a similar incident in October in downtown Hamburg. At that time, an older car was also driven into a shop window, from where luxury handbags were then stolen.

The police in Schenefeld (Pinneberg district) also had an operation against burglars on Thursday night, the perpetrators wanted to pry open an ATM here. A police spokeswoman said it was done with "brute force". It is a free-standing machine in the parking lot of a supermarket. "But we have no evidence that money was stolen." The ATM was badly damaged, but the amount of property damage could not be quantified. A police helicopter was used in the search for the perpetrators. The police are now looking for witnesses to the incident.

‹ ›
Keywords:
HamburgPolizeiFahndungLauterbachJörnHarburgTexttospeechSchenefeldPinnebergMercedesPolizeiAutoFahndungPfandleihhausKrimi
Your comment has been forwarded to the administrator for approval.×
Warning! Will constitute a criminal offense, illegal, threatening, offensive, insulting and swearing, derogatory, defamatory, vulgar, pornographic, indecent, personality rights, damaging or similar nature in the nature of all kinds of financial content, legal, criminal and administrative responsibility for the content of the sender member / members are belong.
Related News