The Bretons, who sank in the second half in a boiling Turkish stadium, will however be able to win their ticket for the 8th next Thursday at Roazhon Park against the Cypriots of Larnaca depending on the outcome of the meeting between Dynamo kyiv and the Fenerbahce Turks. 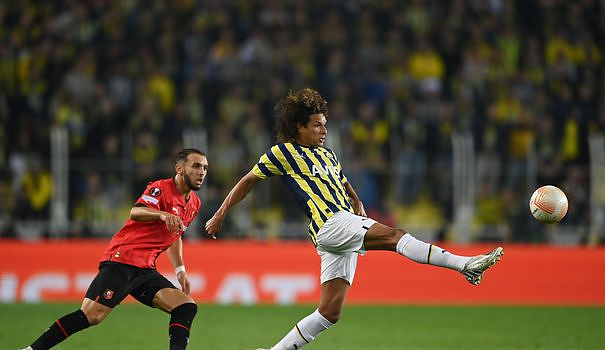 The Bretons, who sank in the second half in a boiling Turkish stadium, will however be able to win their ticket for the 8th next Thursday at Roazhon Park against the Cypriots of Larnaca depending on the outcome of the meeting between Dynamo kyiv and the Fenerbahce Turks.

The match, looking like the Group B final, did not take long to get started: in the fifth minute, perfectly served in the area by Truffert, Gouiri propelled the ball under the bar of Bayindir (0-1, 5th) .

Five minutes later, Majer threw a chill in the boiling Sükrü Saracoglu stadium by catapulting the ball into the skylight of the Turkish goalkeeper - a goal finally invalidated by the VAR.

Short-lived respite for the Turks: Martin Terrier, Rennes' top scorer, doubled the bet from the left an action later on a pass from Gouiri (0-2, 16th).

On a perfect collective action, the same Gouiri, served in the area by Bourigeaud, took the ball without control of the right (0-3, 30th).

The Turks, undefeated in all competitions since the end of August, caught their breath shortly before half-time.

On a free kick near the surface, Enner Valencia, left alone at six meters, crucified Mandanda with an angry header (1-3, 42nd) and restored suspense.

The second half offered a completely different score, especially after the exit of Steve Mandanda in the 52nd.

The French international goalkeeper, replaced by the Turkish Dogan Alemdar, had suffered several contacts since kick-off. "Steve felt a little pain in his adductor, so we preferred not to take any risks," explained Genesio during the post-match press conference.

Without their experienced goalkeeper, Bruno Genesio's men suffered, getting some scares shortly after the entries of Michy Batshuayi and Emre Mor on the Turkish side on the hour mark, with a big alert in their area in the 72nd on a missed shot from Valencia.

Alemdar was forced into a fine save in the 80th minute on a pivoting strike from Batshuayi, before being beaten shortly after by a curling free kick from Miha Zajc (2-3, 82nd).

The Turks, in a supercharged stadium, finally came back to score on a goal from Emre Mor with a shot from the left (3-3, 88th), reviving the suspense for the head of group B.

"For the moment, Fener is in front - so they have their destiny between their feet - but there is only one goal difference so everything will be possible on the last game", added Genesio, already turned towards the final day of the group stage.