C1: PSG and the ghosts of the draw

Ever the first to be overtaken on the sixth criterion to decide between the teams on equal points, PSG feels a little cursed. 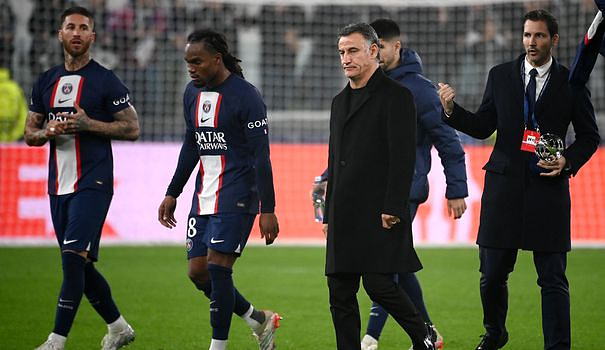 Ever the first to be overtaken on the sixth criterion to decide between the teams on equal points, PSG feels a little cursed. And now dreads inheriting one of the last three teams to have blocked his path to glory in C1.

"You have to deal with it, sighs Marquinhos. I've been here a long time, there's always a little thing..."

Pushing a little further, we will also note that in the Youth League, the young Parisians led 4-1 in the 90th minute on Wednesday, before being joined 4-4. But they still finish 1st in their group.

Monday in Nyon, headquarters of UEFA, if they escape one of the three scarecrows in the draw, the greats of PSG can meet FC Porto or Tottenham, against whom they do not have the same bad memories, or Naples or Chelsea.

"Second, it has disadvantages", admits Marquinhos, "but the other teams will also say to themselves that we will have to play Paris."

And then "the knockout phase is (the) most important," he recalls, "it's the strongest team at the end of the season that wins. We've seen teams finishing second who end up win the Champions League".

The latest is Liverpool, in 2019, who finished in their group at the time behind … PSG.

To console himself, the Parisian captain also felt that first place was not decided on Wednesday evening but "rather in the two matches against Benfica" (1-1/1-1). "We had to win one, we didn't succeed, above all we had to win the one at home," he explained.

If the scenario is cruel, PSG can blame themselves for not having played all their C1 matches on the floor for 90 minutes, apart from the previous one against Haifa (7-2), a lack of intensity that Christophe Galtier often emphasizes.

Another weakness, relative: the PSG is still undefeated this season but the team concedes too many goals - at least one in each match of C1 (seven in six matches).

"We also conceded too many goals from set pieces, if we had taken one less, we would be in eighth with first place", notes Christophe Galtier, who nevertheless intends to wait "serenely" for the draw: " anyway, if we want to go far, we will have to beat big teams".

The transition to a four-man defense, with two centrals, for five matches has reassured the executives, Sergio Ramos and Marquinhos, who have both spoken out in favor of this system.

But the concern around Presnel Kimpembe, hit in the right Achilles tendon and who was to take exams on Thursday, three weeks before the World Cup, adds to the problems of a necessarily unbalanced defense to let the formidable offensive potential express itself. of the "MNM", Lionel Messi, Neymar and Kylian Mbappé.

"I'm more used to a two-man defense, we haven't been playing with a three-man defense for a long time, I had to adapt", explains "Marqui" again. "But we also had good matches where the three-man defense favored us, it's smart to have several cards in the innings".

Another small detail – but Galtier recalled how much the devil was in the details in C1 – at the end of the match, PSG lacked information on the result of the other meeting.

His situation resembled that of Olympique de Marseille, the day before, who seemed not to know that a draw against Tottenham assured him at least third place and therefore the Europa League, before cashing in against a goal which eliminated him from everything.

"We didn't understand, says Marquinhos. I didn't know that (Benfica) was leading 5-1 then 6-1, we were managing the match." Paris must also take care of these details.