Bronchiolitis, which is fueling the pediatric crisis, is on the rise

Pointing to a "very significant, rapid and early increase" in indicators, Public Health France noted that "the bronchiolitis epidemic has now spread to all metropolitan regions with the passage of Corsica into the epidemic phase, and with a more marked intensity in the north of France", in a weekly report. 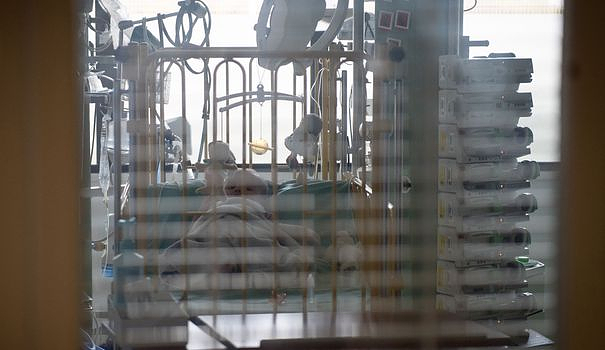 Pointing to a "very significant, rapid and early increase" in indicators, Public Health France noted that "the bronchiolitis epidemic has now spread to all metropolitan regions with the passage of Corsica into the epidemic phase, and with a more marked intensity in the north of France", in a weekly report.

If it is distressing for young parents, it is most of the time benign. In some cases, it may require a visit to the emergency room, or even hospitalization.

A total of 6,167 children under the age of two went to the emergency room for bronchiolitis in mainland France during the week of October 24 to 30, a jump of 47% compared to the previous week. Nearly 1,980 were eventually hospitalized.

These are "numbers of visits to the emergency room but also very high hospitalizations for bronchiolitis and at levels higher than those observed at the epidemic peaks of the three previous seasons and already equivalent to those of the peak of the 2018-2019 season", underlined the health agency.

This epidemic has hit pediatric emergency services which are more widely plunged into a crisis linked to unsatisfactory working conditions and a lack of staff.

Faced with this crisis and under pressure from caregivers, the Minister of Health François Braun announced on Wednesday new measures to help pediatric services, for a total amount of around 400 million euros.

He acknowledged a "worrying situation" in hospitals, linked to a "worrying" bronchiolitis epidemic.

Traditionally, the bronchiolitis epidemic follows the same seasonal pattern from one year to the next: it starts between the end of October and mid-November, reaches a peak in December, ends at the end of January or even the end of February.

This temporality has been affected since Covid-19, in many countries.

In a context of persistent Covid, probable "early seasonal flu epidemic" and bronchiolitis "in epidemic phase throughout the territory", the Academy of Medicine recommended on Wednesday a return of the mask in closed public places.

If "the health situation does not currently require a return to mandatory measures", the academy recommends an FFP2 mask for the elderly or carriers of comorbidities, the entourage and caregivers of vulnerable people, pregnant women, and a mask surgery in hospitals, health centers, pharmacies, and in closed spaces such as transport during busy periods.